Home » Car Reviews » May The e-4ORCE Be With You: Nissan AWD System Arrives With Ariya 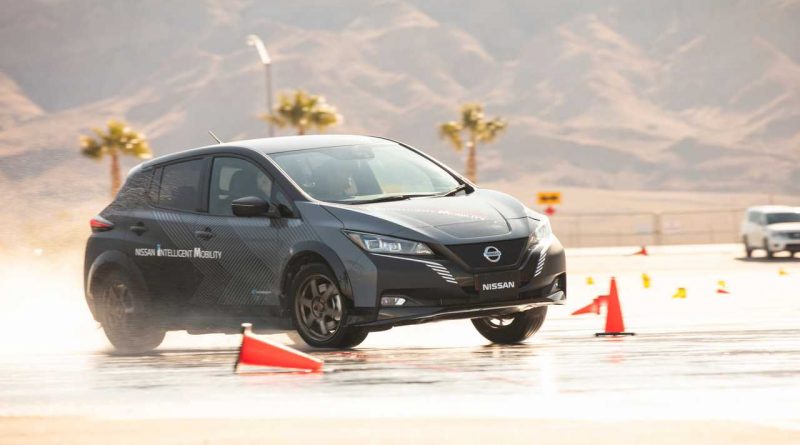 Tire rubber starts to howl as my right foot slams against the floor, the steering wheel cranked hard to the left. The car bucks and jives, struggling to stay between the lane markers as it loses and regains, then loses grip again. The front end plows sideways with understeer, leaving temporary slewed furrows on the wetted skidpad. My guide tells me to let up and as I do, the Nissan twin-motor “all-wheel control” e-4ORCE test vehicle snaps back into regular road car form.

I’m at the Las Vegas Speedway on a massive pylon-besotted expanse of asphalt under a vast and cloudless desert sky that happens to be filled with the roar of fighter jets from a nearby Air Force base. At one point six of the supersonic birds are blasting through their training manoeuvers in our proximity, putting on a free show. In the shimmering distance, Sin City is filled with the hoopla of the annual Consumers Electronics Show (CES). A Goodyear blimp drifts lazily above its braggadocious skyline.

The scenery here is stunning to my East-coast eyes but my mind is focused mainly on the purpose of our visit: putting the Nissan e-4ORCE test car through its paces and learning about the dynamic advantages the automaker has wrung from its new twin-motor drivetrain. Combined, the motors put out 227 kW (304.4 horsepower) and 501.5 pound-feet of torque. When the production version of the Nissan Ariya concept appears in showrooms, it will have this system integrated into its innards.

From the outside, the car looks like a late-model right-hand-drive Nissan Leaf sitting on lightweight wheels and wearing a “Nissan Intelligent Mobility” wrap. Unlike the production version, however, it sports an electric motor both fore and aft and has a rectangular screen plastered on the center console, configured to give us a wealth of dynamic information. 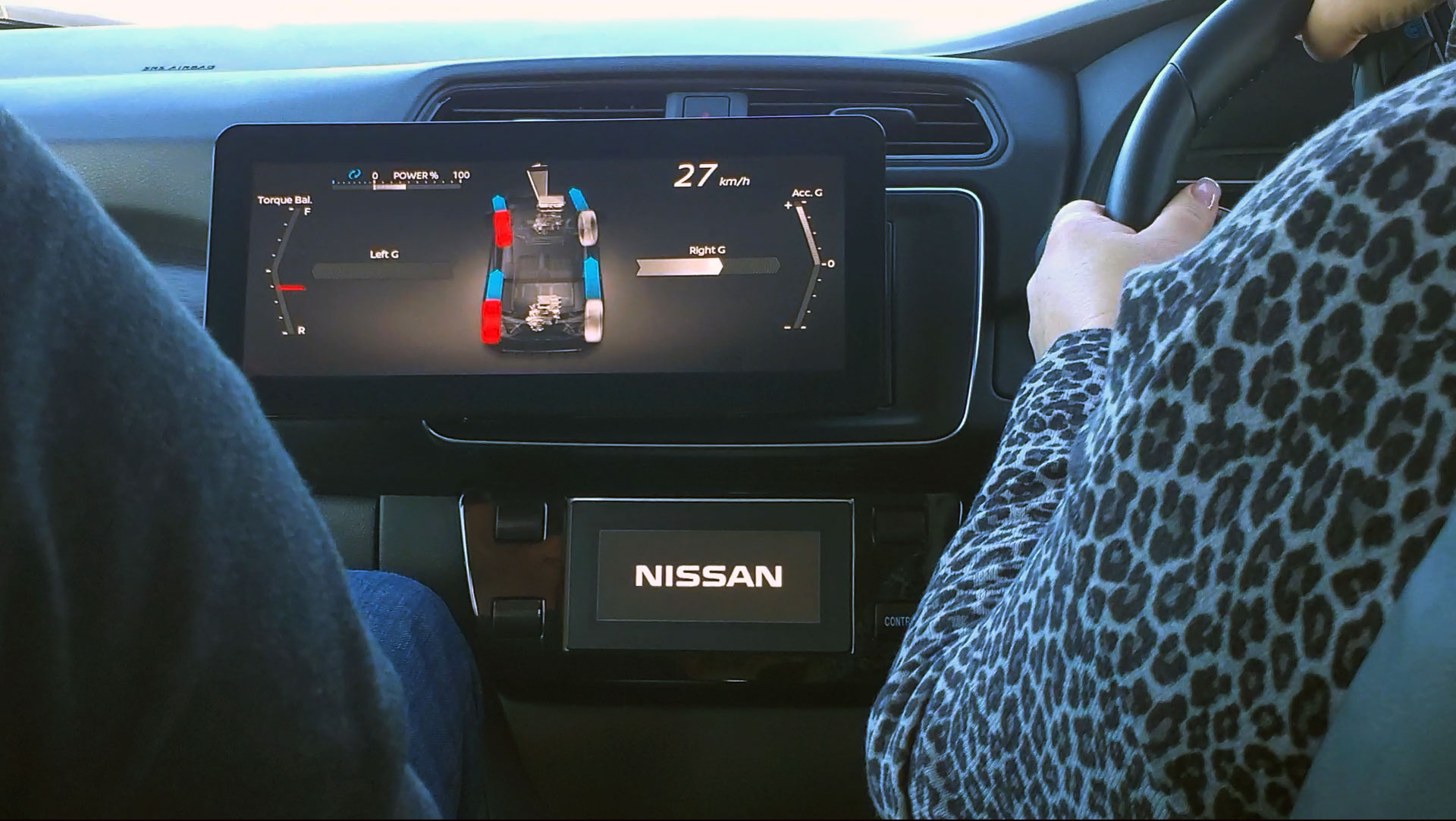 Besides the speed and overall power output, the display tells us what is happening with each wheel: whether it is receiving torque or having its brake applied. We can also see the front-to-rear torque balance, as well as left and right g-forces. Check out the photo below to see what’s happening as it accelerates through a hard left turn.

I pulled the car up to the double cones to start our third and final pass on the J-turn course. We’ve run it with the e-4ORCE system engaged to begin. Then, during the run described above, its control system was switched off and it operated as a typical front-wheel-drive vehicle. Now, with the system re-engaged, we start again.

We get the car up to 30 kph (18.6 miles per hour) and mash the pedal as it enters the hook of the J-shape. This time the acceleration is more cautiously meted out. There is no apparent torque steer. Still, we’re traveling much faster into the turn than we would on public pavement. This time, the test vehicle stays much closer to the intended inside line through the curve, and though still pretty exciting, the drama is significantly lower than the previous pass. Score one for the Nissan engineers.

Here’s a little video from the inside of the car looking at the vehicle dynamics display as we make two passes of the J-turn course.

The way the system works in the hard-cornering scenarios is a bit more complicated. In that case, the test vehicle uses its brakes to torque vector – basically, control the speeds at which the wheels are turning in a curve so that they each are rotating at the optimal revolution to reduce friction (generally in a turn, every wheel has its own optimal speed – inside wheels want to go slower than outside wheels, for example).

To achieve the best torque vectoring experience, an electric vehicle should have a motor for each wheel. That, however, becomes expensive, so the compromise Nissan has made is to use the brakes to achieve a very similar result – slowing the inside wheels with a light application of the pads while adding torque to the outside wheels. It’s something we’ve seen on high-end internal-combustion sports cars in the past, and indeed the e-4ORCE system is an evolution of the Nissan GT-R’s ATTESA E-TS torque split system and the Nissan Patrol’s intelligent 4X4 set up.

Mulling the experience over as we headed back to Vegas, I can’t help but think of the e-4ORCE system in the context of the automaker’s next electric product. During several presentations at the large Nissan CES booth where the Ariya concept was the main feature, it was made clear that this all-electric crossover is coming soon and with an appearance quite similar to the vehicle on display.

While we don’t know if the production version will offer the same (or greater) levels of power as the twin-motor test car, it will be all-wheel-drive with this e-4ORCE system. As you can see in the video below, Nissan is already touting this fact. No doubt, the end product will be tailored for that vehicle (instead of the Leaf test platform) and be refined further than the test vehicle we drove. Now, as they say, we wait. And likely not too long. 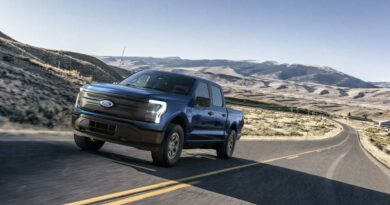 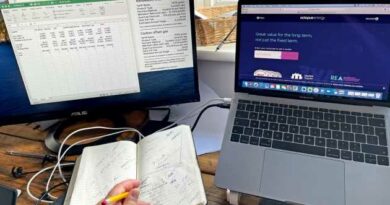 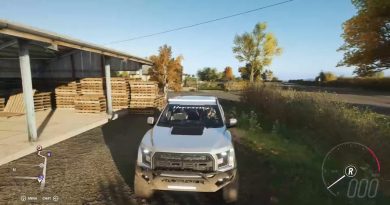