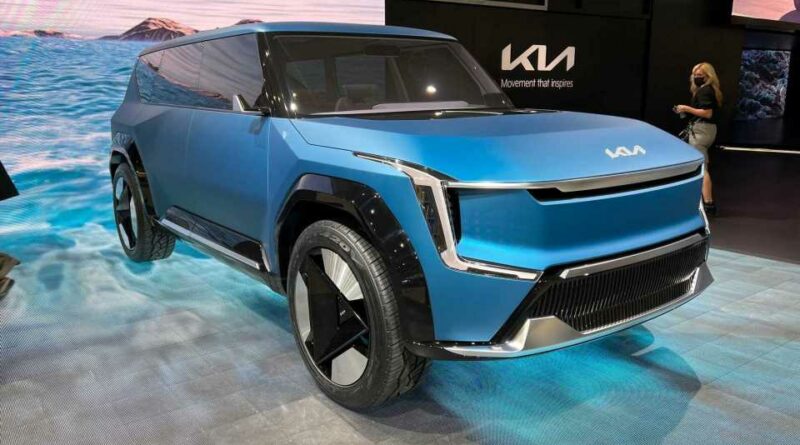 By the way of announcing its new strategic plan, Kia has confirmed a new all-electric model – the Kia EV9.

It will be a large, flagship SUV (a total length of around 5 meters), previewed in a concept version at the 2021 Los Angeles Auto Show, and set for launch in 2023.

It’s worth noting that Hyundai unveiled, at the same show, the Hyundai Seven concept SUV, which previews the Hyundai Ioniq 7, scheduled for market launch in 2024.

The Kia EV9 is promised to offer a range of approximately 540 km (336 miles) on a single charge, but the battery capacity has not been disclosed.

Despite its size, the EV9 will be quick with a target acceleration of 0-60 mph in 5.x seconds.

Kia highlights also fast charging capability, saying that it will be possible to replenish 100 km (62 miles) of range in 6 minutes (at a high-power DC fast charger). For reference, the Kia Concept EV9 info said that it will recharge from 10% to 80% of state-of-charge in about 20-30 minutes. 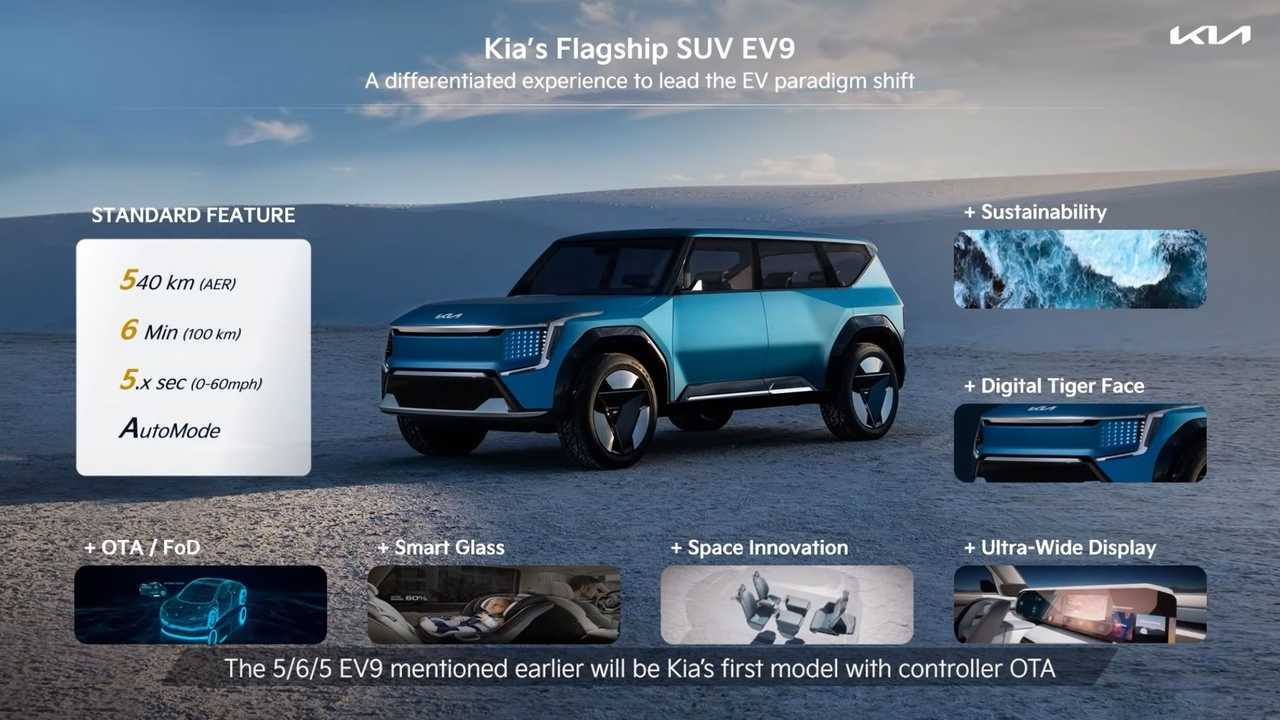 The EV9 will bring a few new features for the Kia brand, including OTA (Over the Air) software updates and FoD (Feature on Demand) services, as well as the new AutoMode autonomous driving technology.

Initially, AutoMode will offer a Highway Driving Pilot feature, which, according to the manufacturer will “enable driving without driver intervention on highway sections.” The Auto Lane Change feature was also hinted at on one of the slides: 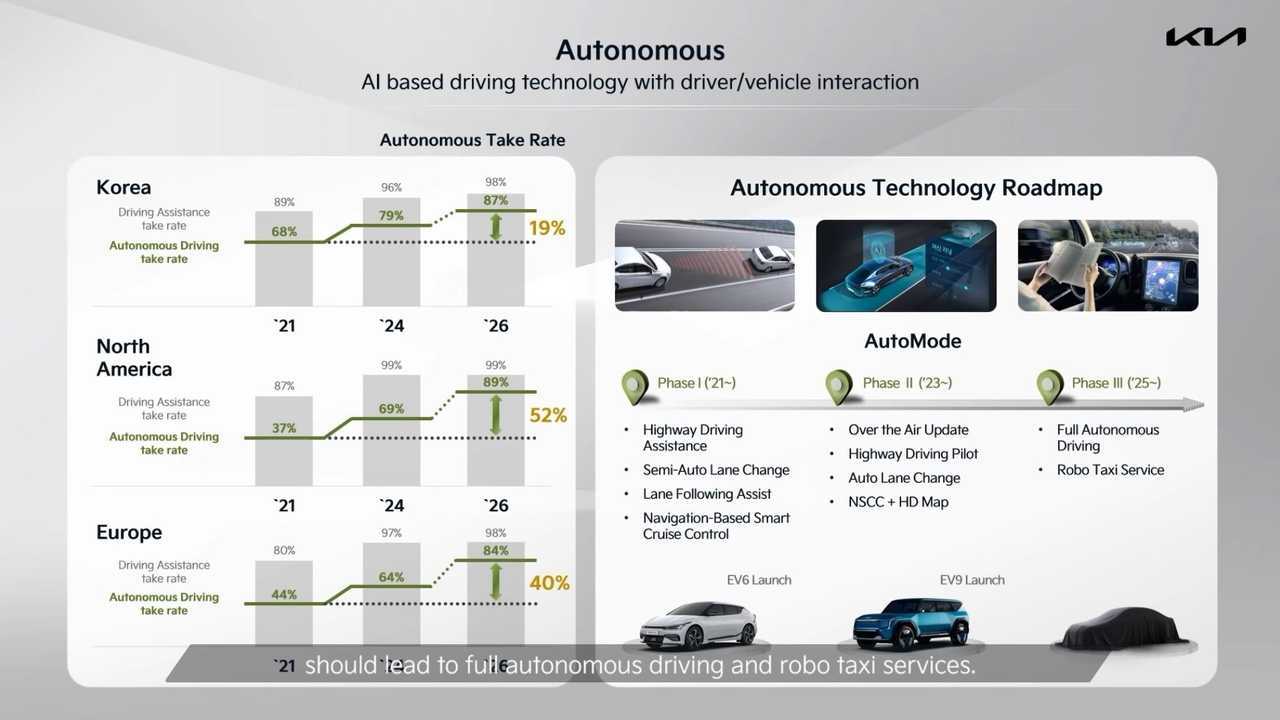 The Kia EV9 will be based on the Hyundai Motor Group’s Electric Global Modular Platform (E-GMP), already used in the Kia EV6 (and a few other models from the group). 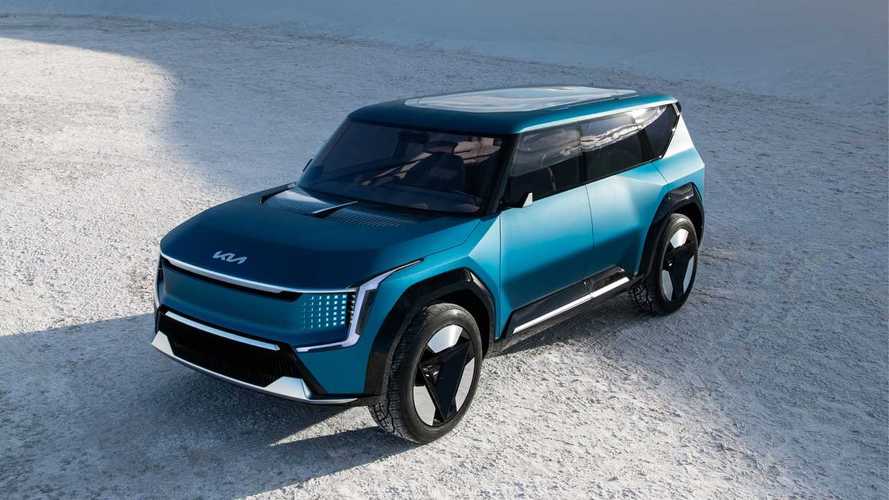 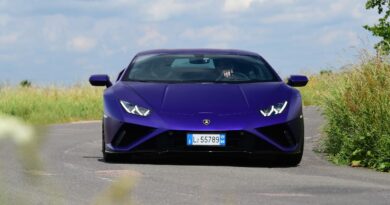 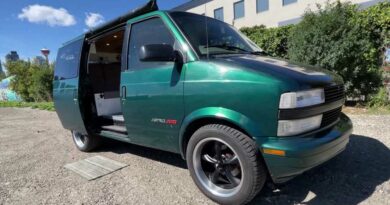 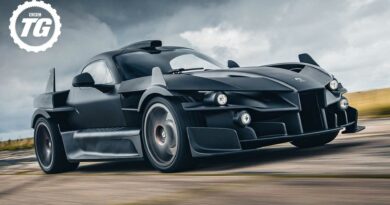