AS the Express has regularly reported, drivers are complaining of serious issues when using the new industry standard fuel, from engine judder to lower fuel economy. And many are furious that the fuel is being pushed through as a cleaner alternative to E5.

Car owners have taken to the Express to show their frustration in their hundreds. “It’s the biggest con on the planet”, commented Express reader timeboy1.

“My fuel consumption is up 12 percent, cold starting is a real pain, and the engine is knocking on my 2009 Renault.

“Whole thing is a revenue raising exercise and nothing to do with pollution as E10 fails completely in that respect.”

Since the introduction of E10 in the UK at the start of September, users have been dismayed at the cost of the fuel which the Government promised wouldn’t be more expensive than the then-standard E5.

And even today Express reader TrevorAvenford commented: “E10 petrol £1.66.9p/litre at the filling station at the end of the M4 in Carmarthenshire. How can they do this?”

Aside from the high cost of E10, drivers are also upset at the lower miles per gallon achieved after filling up with the petrol.

Again the Government advised that while a drop in fuel efficiency was likely using the fuel, it should be no more than around one percent.But real world figures seem to be much more dramatic than that with many motorists reporting anything up to 20 percent reductions.

Once more, readers took to the Express to have their say. FrancisF1 wrote: “My wonderful 2015 Toyota Aygo that has never given me one minute of trouble until this summer, has, since using the new E10 petrol, had a real drop in fuel economy (down from well over 50mpg to less than 42mpg).

“I am obviously spending more money and polluting the atmosphere more. Which crass idiots came to the conclusion that E10 was a good fuel? They should be hung out to dry.”

Another reader, BiRo concurred, saying: “I am fastidious about keeping mpg records every time I fill up as I believe it’s a good indicator of how the vehicle is performing.

“However, I do notice a decrease in mpg of between 8 and 12% since first buying the UK version of E10 back in August.”

More worryingly, E10 is being reported to have damaging effects on engines, with experts this week warning that the petrol is akin to putting ‘vodka in the fuel tank’ due to its higher ethanol content.

An expert mechanic also recently told the Express that he was consistently having to flag up engine faults with modern cars that have used E10.

“Even more modern cars we suspect are having problems with that fuel,” said Eric Collins of Classic Car Mechanic Limited.

Some drivers have taken to mixing E5 and E10 fuels in order to get the best of both worlds while paying less than for a full tank of E5.

And Government guidance says that’s permissible, stating: “If your vehicle is compatible with E10 petrol, there’s no reason you can’t mix the two grades of petrol (E5 97+ and E10 95+).

E10 has been on sale in countries in Europe for some time but has only been available in the UK for a few months.

The Government says 95% of UK vehicles should run on the fuel and that switching will save 750,000 tonnes of Carbon Dioxide emissions a year. 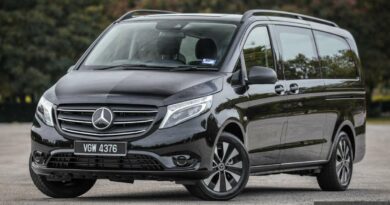 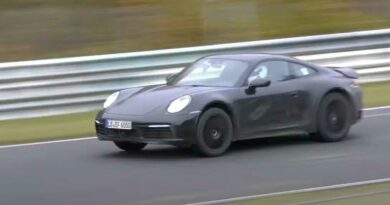 Porsche 911 Safari Attack The Nurburgring High From The Ground 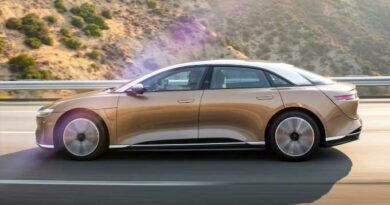