Home » Car Reviews » Is The Porsche Taycan The Next Tesla Model S? 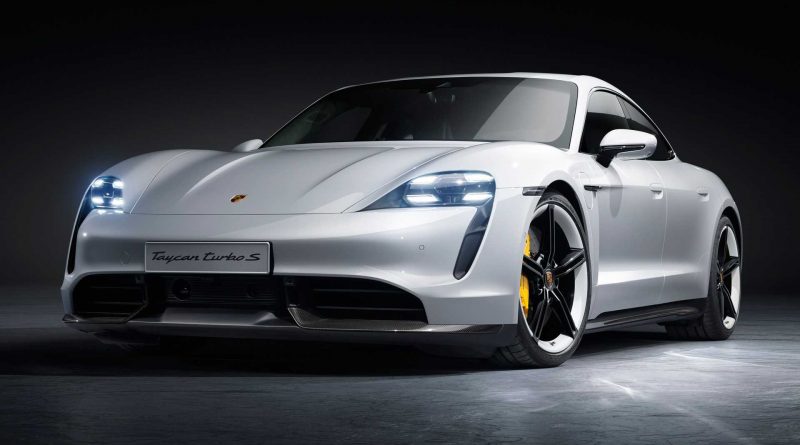 The Taycan is an excellent automobile, and Porsche deserves a lot of respect. Buy one of each!

Posted on EVANNEX on December 20, 2020 by Charles Morris

During the late 1970s, music journalists were constantly on the watch for “the next Bob Dylan” (none ever appeared). In our day, automotive writers have been eagerly awaiting “the next Tesla.” The Jaguar I-PACE and Audi e-tron seemed like contenders for the title, but both fell short. Then came the Porsche Taycan, which earned rave reviews from the driving experts at Motor Trend, Car and Driver and Road & Track, as well as from long-time EV expert John Voelcker. When it comes to performance, the word on the street is that the Taycan is the first vehicle that can be said to rival the mighty Model S.

I can’t claim to have anything like the credentials of the car guys cited above, but after spending one glorious week with the Taycan, I’d say this spirited horse delivers a driving experience that can equal anything in Tesla’s stable. When it comes to acceleration, handling and the overall driving experience, the Taycan is fabulous.

Once upon a time, Porsche execs said the brand would never build an EV—but they did. They took their time (the Mission E concept vehicle debuted in 2015) and really strived to develop a vehicle worthy of the revered Porsche name. It’s obvious that the Taycan’s designers didn’t set out to make a Tesla clone. They know what Porsche drivers like, and their aim was to deliver an EV that would excite them—a tall order, to be sure.

Charged publisher Christian Ruoff and I drove the Taycan side-by-side with his Model Y, and there’s no question that the two vehicles deliver very different driving experiences. Again, I’m no expert on these things, so I can’t explain the difference in technical terms, but to me the Porsche’s handling feels smoother, looser somehow. For connoisseurs of automotive handling, I expect the choice comes down to a personal preference, something akin to a guitarist’s choice of a Fender or a Gibson (both fine instruments, but I’ll take a Strat).

To Christian, the Taycan seemed to drive a little more like an ICE Porsche (but in a good way). This echoes the observation of John Voelcker, who noted that Porsche went to extraordinary lengths to make the Taycan’s driving experience (as well as its cockpit and controls) similar to the rest of its lineup.

Of course, the most apt comparison would be between the Taycan and Model S. The two vehicles are almost precisely the same size, and feature the same general body style. How do they compare in terms of features, specs, and value for the price?

Some have noted that, while Teslas definitely have luxury-vehicle features (and a near-luxury price tag), their interior appointments don’t seem that luxurious—the famous Tesla minimalist aesthetic just isn’t to everyone’s taste. The top-of-the-line Taycan Turbo S that I tested was luxurious enough to satisfy the snootiest of snobs, from the sumptuous interior appointments to the seat heaters, coolers and back-massagers, to fun little notes like the Porsche logo that you’ll see projected onto the pavement when you open the door at night.

Another beef commonly heard about Teslas is inconsistent fit and finish—by all accounts, this is far less of an issue than it was at the beginning of each model’s production run, but reviewers remember these things. Road & Track’s Jason Cammisa noted the Taycan’s perfection in this regard: “The Porsche was built by a company with decades more experience in screwing cars together. Its aluminum panels line up perfectly, with small and even gaps, and the paint is flawless, even on our preproduction test car. The Taycan’s austere, four-seat cabin is somewhat tight but beautifully designed and executed, snugly fitted with nary a rattle or squeak.

The Taycan offers several ways to customize the driving experience, including three driving modes—Range, Normal and Sport—and four selectable ride heights. Unlike Teslas (and most other EVs), the Taycan has no “one-pedal” (high regeneration) driving mode—the Taycan’s designers felt that this was not consistent with the Porsche driving experience. However, you can turn “accelerator regen” on or off. When this is on, releasing the pedal gives you a mild reduction in speed; when it’s off, the Taycan smoothly coasts.

The Taycan’s cockpit layout will be familiar to Porsche drivers. In contrast to Tesla’s famous big touchscreen, the functions are laid out across three smaller screens—one behind the steering wheel with your speedometer and other gauges, one on the dash and one on the center console. As in many other new cars (the Audi e-tron, for one), you’ll find the controls for climate, infotainment, etc, in pretty much the same locations as in an old-fashioned vehicle, but knobs and switches have been replaced by icons on a touchscreen. The tactile feedback is a neato touch—the buttons vibrate when you push ‘em.

The Taycan has two technical features that are novelties for a production EV: a two-speed transmission and an 800-volt electrical system.

As we all know, most EVs get along just fine without a multi-speed transmission. However, they can offer several advantages, including better efficiency and performance, and as the technology develops, we may start seeing them appear in more new vehicles. Porsche wasn’t interested in improving efficiency—it chose to use a two-speed in order to deliver super-quick acceleration. This the Taycan has in plenty, and I never noticed any gear-shifting. Road & Track’s Jason Cammisa had a different experience—he wrote that “the Taycan’s rear transmission isn’t nearly as smooth or as quick as Porsche’s PDK dual-clutch automatic. In Normal mode, the rear powertrain favors second gear, which means that large throttle inputs are occasionally met with far less violence than you expect.”

The Taycan is the first EV to use an 800-volt electrical system (400 volts is the norm). As Jeffrey Jenkins has explained, contrary to popular belief, this doesn’t mean it can charge twice as fast as other EVs at the same charging power. What it does mean is that less heat builds up in the charging cable, so higher charging power levels become practical. Porsche says the Taycan can charge at an industry-leading rate of 270 kW, and Car & Driver put it to a real-world test.

So, there’s a lot to like about the Taycan. Is it time to for Tesla to concede the automotive throne, and hail the new king? Well, no. If you’re one of those folks who really loves Porsches, and money is no object, you may well choose a Taycan over a Model S. For the rest of us, the Taycan’s fun factor isn’t likely to be a match for Model S’s advantages in more practical categories.

The Porsche may be a bit more luxurious, but it’s less practical—it isn’t a hatchback like the famously roomy Model S, but a standard sedan with a trunk (although this is larger than you may expect, and there’s also a generous frunk).

The Taycan Turbo S is far less efficient than the Model S Performance (an EPA-estimated 68 MPGe, compared to Model S’s 97-104 MPGe, depending on the choice of wheels). In fact, the Taycan appears to be the least-efficient EV on the market at the moment (although the upcoming GMC Hummer EV will probably usurp that dubious distinction).

Model S offers more range. The official EPA range estimate for the Taycan is between 192 and 203 miles, depending on the variant (to be fair, the Porsche has fared better in real-world tests: InsideEVs made the figure 278 miles; Edmunds observed 323 miles, and also measured better efficiency than the EPA’s estimate). The EPA gives the Model S Performance a range of 387 miles, and the Long Range Plus 402 miles. Tesla claims the new Tri Motor All-Wheel Drive Plaid can keep rolling for a bladder-busting 520 miles.

There are also various goodies that are simply unique to Tesla. The Taycan can update its operating system over the air, but Porsche has not claimed that it can actually enable new features the way Tesla does. There’s no Sentry Mode, Dog Mode, or Fart Mode.

In conclusion, the Taycan is an excellent automobile, and Porsche deserves a lot of respect for doing such a good job of electrifying such an iconic brand. I’m sure the Taycan will sell well, but I don’t expect it to steal any big chunk of Tesla’s market share (and I doubt anyone at Porsche ever expected it to do so). If you really can’t choose between these two performance machines, do what I did—buy one of each! 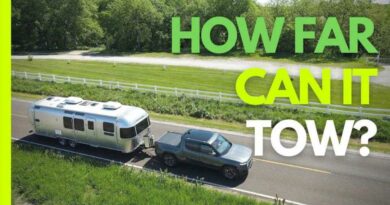 Rivian R1T Towing: How Far Can It Go On A Single Charge? 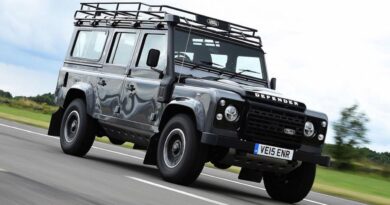