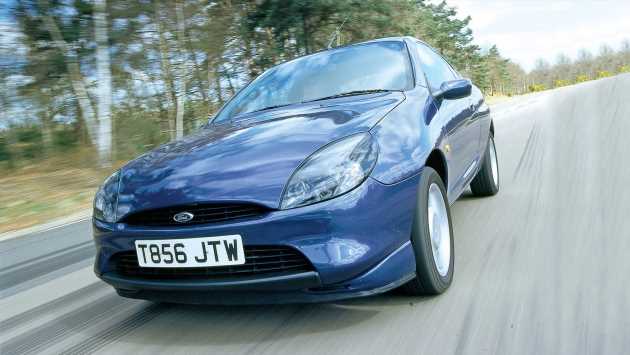 We look back on the fun, affordable and hugely popular first-generation Ford Puma

Market niches come and go. In 2021, the compact crossover is the must-have accessory, but back in the nineties, dinky coupés were all the rage.

Some might argue that buyers had it better back then, but regardless of the end result, the aim was much the same. Whether coupé or SUV, a supermini spin-off helps to squeeze a little more money out of tried-and-tested mechanicals in an area of the market where profit margins are slim.

Plenty of brands hopped on the small, sleek and stylish bandwagon: Mazda had the MX-3, Vauxhall the Tigra, and Fiat even went open-top with the Punto-derived Barchetta. But the best of the bunch – and by some margin – was the Ford Puma.

By the time the Puma launched in 1997, Ford was on a roll. Its ‘New Edge’ styling direction had already transformed the city car class with the Ka, and would soon blow the family segment away with the Focus. But the Puma was the prettiest of them all. A brilliant ad campaign, which seamlessly slipped Steve McQueen behind the wheel as he weaved through San Francisco, gave the petite two-door an extra injection of cool.

The chassis was shared with the fourth-generation Fiesta, a car already among the top-ranking models in its class for involvement. The addition of uprated suspension components, a wider track and a lower, sportier body meant that the Puma offered plenty of promise. And it delivered. Rave reviews centred around a sweet chassis balance, brilliant steering and a ride that made B-roads an utter delight.

From launch the Puma was equipped with a 1.7-litre petrol engine. A 123bhp output was modest even back in the late nineties, but the Yamaha-developed unit loved to rev and had only a svelte 1,039kg kerbweight to haul along. As a result, the Puma would cover the sprint from 0-62mph in just over nine seconds.

Other variants followed in the form of cheaper, more insurance-friendly 1.4 and 1.6-litre petrols. Rarest of all was the Racing Puma; designed to meet rally car homologation regulations, it gained wider arches, firmer suspension and a Tickford-tweaked 1.7-litre lump with uprated camshafts, a new inlet manifold, and tuned exhaust for an extra 30bhp.

The Puma nailed its brief: an affordable coupé that looked fantastic for the average buyers, but had genuine driving thrills for the keen driver.

Turn to the back pages of our sister magazine Evo in the late Nineties, and its summary of a 1.7 Puma in The Knowledge was as eye-catching as it was brief. It simply read, “Pros: Everything. Cons: Nothing.” Hopping back into a Puma today, and from a driving enthusiast’s point of view, it’s hard to argue with Evo’s conclusion.

The curvy body remains a pretty design in 2021, although the interior – a Mk4 Fiesta dash with a metal gear knob and some silver trim – looks dreary compared to the outside.

But that’s forgotten on the move. Few cars before or since have managed to produce such simple, uncomplicated fun. The steering feeds back all the information a driver could ever need, while well judged body roll helps to load up the modest 195-section tyres and make the most of the throttle-adjustable balance.

It’s not fast compared with modern hot hatches, but the engine is incredibly smooth and sweet. It encourages every last rev to be used, at which point the next ratio of a delightful five-speed manual gearbox snaps into place.

The Puma’s popularity when new means they’re cheap today: prices start at under a grand. Keep an eye out for rust: almost every example suffers from corrosion, with rear arches disintegrating from the inside out. Corrosion doesn’t affect the Racing Puma as badly, because those wide arches are crafted from aluminium. However, the cars’ rarity means that they often fetch close to £20,000. 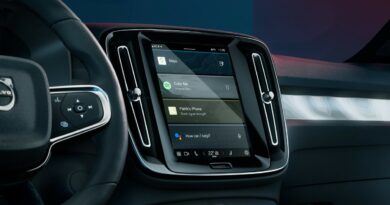 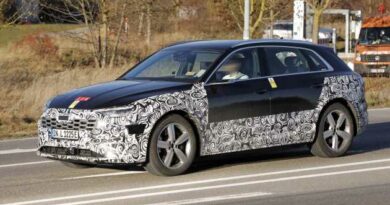 Facelifted Audi e-tron spied ahead of expected launch in 2022 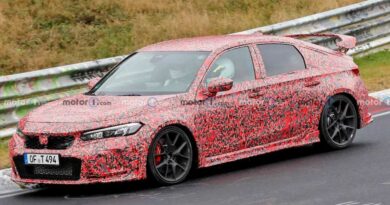