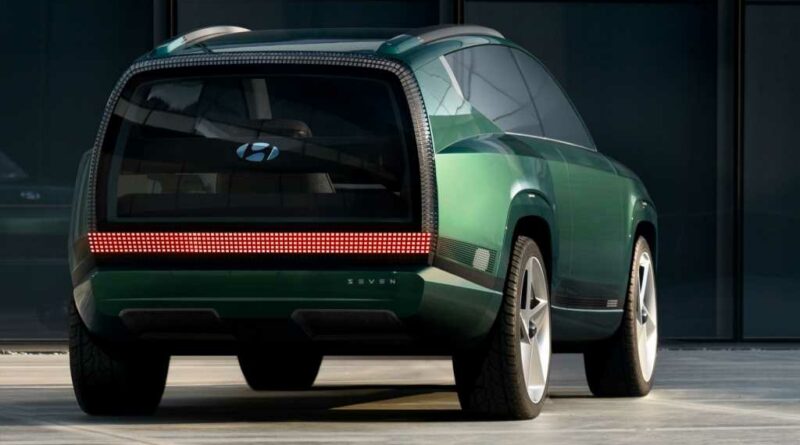 It’s 2037. You’ve just popped the retractable control sticks back into the dashboard and let the Hyundai SEVEN guide itself into the parking garage. In the back, your cybernetically augmented passenger fiddles with the ambient lighting, while the SUV’s carefully designed airflow management system keeps your exhalations separate. You exit through the coach doors and the SEVEN’s UVC Sterilization lights blink into action, irradiating any microbes clinging to the mini fridge (or anything else inside) to the point their DNA is destroyed.

None of this is likely going to actually happen in the coming 16 years. Think of the Hyundai SEVEN concept as more of a collection of our current dreams (and fears), gelled into a single stylized and fanciful electric SUV proposal. A concept, you must remember, that was created as electric vehicle momentum accelerates while, at the same time, we’re living through a pandemic like nothing in living memory. Thus, there’s both a fanciful lounge layout inside, along with some overt references to combatting contagions.

The part that’s likely to emerge, in some form, in the near future is an approximation of the SEVEN’s overall shape, and the “Parametric Pixel” lighting elements that are becoming a signature of the company’s electric efforts. How much of the interesting shape of the SEVEN concept makes it onto a production Ioniq 7—the next EV expected from Hyundai’s Ioniq lineup that currently includes the 5—remains unclear, but the double-bulge of the fenders and the stylized C-pillar treatment seem likely. The Kamm-like bluff rear end seems less likely, but it would certainly set this Hyundai apart from other SUVs on the market.

Judging by the way Hyundai describes its concept, setting it apart is the goal. Its profile certainly does, with a very short front overhang and a long, swooping roofline that ends with a visually hefty flank just ahead of the abbreviated tail.

The rest is pure concept car theater, and that’s fantastic. The lounge-like interior is striking and looks like a great place to pass the time, aided by a place to stow shoes for that bare-socks level of relaxation. (There also is a mini fridge, for frosty beverages.) Lots of EV and autonomous concepts have, and will continue to, envision the vehicle as a mobile lounge space, and there’s good reason for this: when cars can truly drive themselves, that’s what cars will become, and that’s going to be great. So, Hyundai (and the rest of us) will continue to daydream about it, and maybe in the meantime it pulls the interior design language forward. Just look at what a fellow Hyundai-owned brand, Genesis, is doing.

As for the retractable driving joystick, the concept’s theoretical range or powertrain … it doesn’t really matter. This isn’t a lightly veiled production car in concept disguise, it’s just a design fantasy. One that is intended to whet the appetite for a larger EV SUV than the upcoming Ioniq 5. Mission accomplished, we’d say. 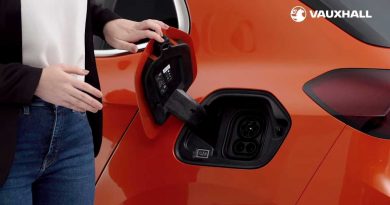 What Makes The Opel/Vauxhall Corsa-e Different From ICE Versions? 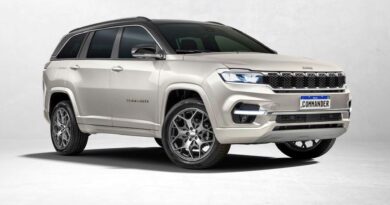 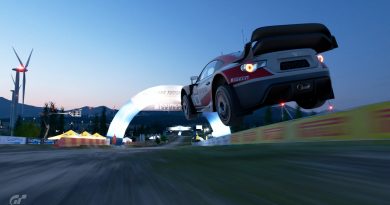