Home » Car Reviews » How Does The Ford Mustang Mach-E Really Compare To The Tesla Model Y? 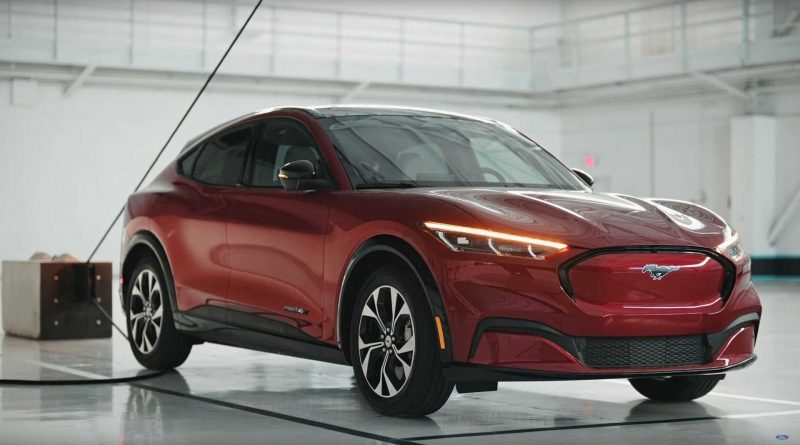 How huge a hit will the Mach-E be? It depends on whether Ford truly tries to maximize sales of its EVs.

For years now, every new electric vehicle that comes out has been described as a challenger to Tesla. Ford’s new Mustang Mach-E may be the first one that truly fits this description. The Mach-E is pretty close in size, form factor and price to Tesla’s Model Y. Like Tesla, the Mustang Mach-E has a powerful brand name to trade on, and some have been speculating that it is starting to steal sales from Model Y.

Here’s another thing the Mach-E has in common with Tesla’s vehicles: it’s a major attention-getter. Tesla owners are used to drawing stares and comments (especially if they make a habit of sitting in the frunk while parked in trendy downtown districts), and actually, so are Mustang owners. I drove Ford’s new electric pony around town for a week, and at least a dozen people per day asked me about it, snapped pictures, or just shouted “great car!” as they went by. Some were surprised to learn that it’s electric, but a surprising number knew exactly what it is.

When you look at the numerical specs, the two models are fairly evenly matched. In Motor Trend’s track test, the Mach-E 4x did 0-60 in 4.8 seconds, compared to the Model Y Dual Motor Long Range’s 4.1 seconds (quicker than the 4.8 seconds advertised by Tesla). In the 0-30 test, the Mustang was only a tenth of a second behind Model Y. Ford has promised a speedier version, the Mach-E GT, with 480 hp and a 0-60 time of 3.8 seconds, for later this year.

The Tesla beats the Ford in range—the Model Y Long Range claims 326 miles, and the Performance model 303 miles. The Mach-E tops out at 270 miles.

When it comes to efficiency, it’s no contest. Tesla’s vehicles are just about the most efficient on the market, and the new Model Y is no exception. It uses 28 kWh to go 100 miles, whereas the Mach-E consumes 34 kWh or more, depending on the model. Expressed another way, the Tesla gets 121 MPGe, and the Ford delivers 100. It’s a safe bet that few EV buyers, especially those interested in the sportier models, ever consider efficiency, but expressing efficiency another way reveals why they should: Model Y will cost you 91 cents to drive 25 miles, and the Mach-E will cost you $1.10 (efficiency figures are from FuelEconomy.gov).

When it comes to the driving experience, of course, numbers don’t tell the whole story. I’ve been fortunate to drive three really superb automobiles recently—Model Y, the Mach-E and the Porsche Taycan—and I can tell you that they all drive great, but they all drive differently. I can’t describe the differences in words, but those who can (Car and Driver, Motor Trend, Edmunds, Consumer Reports, John Voelcker) mostly agree that the Mach-E’s performance on the road is excellent.

Is it better than that of Model Y? Worse? That has to come down to your personal preference, so even a dozen articles by the experts can’t take the place of an extended test drive.

Like Tesla’s vehicles, the Mach-E gives you a lot of control over the driving experience. There are three driving modes: Engage, Whisper and Unbridled—you just have to try them to figure out how they differ. You can also switch One-Pedal Driving on and off, so you have six options. My favorite was Whisper mode, in which the car coasts smoothly when you release the pedal. Personally, I’m not a fan of one-pedal driving, but many people are, and I think those folks will be very happy with Ford’s implementation.

The Mach-E’s lane-keeping function worked well—the car can pretty much drive itself on the highway, though it will remind you to keep your hands on the wheel. It also has several other driver assistance features, including Parking Assist, which I didn’t test. A full comparison of the Mach-E’s autonomy features to Tesla’s Autopilot suite could be the subject of another full-length article, but Ford is definitely in the game. The Mach-E is also one of the first non-Tesla vehicles to feature over-the-air updates, so future autonomy capabilities, as well as other upgrades and bug fixes, may appear someday.

Unfortunately, my week with the Mach-E was marred by several quality-control problems, and I couldn’t help but think about Ford’s history of talking smack about Tesla’s quality control issues. In the most recent salvo, a Ford exec told Autoblog, “The [Mach-E’s] doors fit properly, the plastics and other materials color-match, the bumpers don’t fall off, the roof doesn’t come off when you wash it, the door handles don’t get stuck in cold weather.”

I had no problem with the fit of the Mach-E’s doors, no parts fell off, and there are no door handles to get stuck (modern push-buttons have replaced them). However, the charging port door was dodgy, often requiring a dozen tries to get it to close, and at one point the touchscreen refused to do its duty, which meant that the radio wouldn’t work, and the climate control was stuck on the setting it had been on before the screen went blank (after turning the car off and on several times, the screen returned to normal operation).

The most vexing problem was that, for some unknown reason, the Mach-E simply wouldn’t work with my home charger, a ClipperCreek HCS-40 which I’ve used to charge a dozen different EV models, with never the slightest problem. The Mach-E either said “Vehicle Charge Fault” or simply “Plugged in Not Charging.” The tech support folks at ClipperCreek told me they weren’t aware of any issues with the Mach-E.

The problem, which I’m sure is a rare one, actually turned out to be an educational opportunity—I was forced to rely on public chargers for a week, and I learned to sympathize with those poor souls who don’t have the option of installing a charger at home.

Speaking of charging, the Mach-E comes with a couple of goodies. The FordPass Charging Network allowed me to charge for free at some chargers that would otherwise require payment. The Mach-E also includes the new Plug and Charge feature, which eliminates the need for apps or cards (although it didn’t work at any of the stations I visited).

The Mach-E’s user interface needs work. To me, the menus were not very intuitive, and it took me some time to figure out how to perform simple tasks such as setting the climate control the way I wanted it, or creating radio station presets (to be fair, many have said the same of Tesla and every other auto brand). Puzzling error messages kept popping up, seemingly apropos of nothing.

I don’t expect much from in-car navigation systems—the only time I use them is when I’m evaluating a new vehicle—so I wasn’t surprised to find the one in the Mach-E erratic. At one point, it kept insisting that I was a few miles away from where I actually was, and it told me that the Howard Frankland Bridge to Tampa was closed (which, fortunately, it was not). At other times, the nav worked fine.

Will the Mach-E buyer simply have to live with these wee botherations? Maybe not. The Mach-E is one of the first non-Tesla vehicles to feature over-the-air updates. CEO Jim Farley has said that Ford will use OTA updates to enable new features as well as to fix bugs. It’s quite possible that someday soon, the glitches will magically disappear, and more features will become user-selectable.

The Mach-E’s UI is already more customizable than most—a lot of features, including some of the annoying pop-ups mentioned above, can be turned on and off if you take the time to explore the menus. And I must mention a welcome feature of the UI: a large physical knob at the bottom of the screen, which you can quickly grab to adjust the audio volume.

And now to my favorite hobby horse: cargo space. I need it, most EVs don’t have it, but the Mach-E does. This horsey can haul more than just ass. Like Model Y, it has a rear cargo area with minimal liftover, and the back seats fold almost perfectly flat. Under the rear platform there’s another usable compartment. The rear liftgate closes at the push of a button, and can be opened with a well-aimed foot under the bumper. There is also a frunk, though it isn’t very spacious.

Officially, the Mach-E has almost 60 cubic feet of cargo space with the rear seats folded down. Model Y has that beat with 68 cubic feet. The Tesla’s frunk is also a little bigger. Of course, as my fellow cargo freaks will agree, usable cargo space isn’t all about cubic feet. Like Model Y, the Mach-E is designed to haul some stuff. Overall, the Tesla is the winner in this category, but not by much.

When we look at these two vehicles side-by-side, we’re comparing the work of an established industry leader with that of a challenger new to the field. Ironically, in this crazy world, it’s 17-year-old Tesla that’s the established name, and 220-year-old Ford that’s the challenger. The Mach-E is Ford’s first serious entry in the EV market (forget about the Fusion Energi, C-MAX Energi and Focus EV compliance cars, as Ford surely hopes you will). Also, it’s arguably the first EV from any brand that really compares to a Tesla—similar price, similar features, similar cool factor.

Taking all this into account, I have to say that Ford has fielded a darn good challenger here. The only area in which the Mach-E really falls short of the Y is efficiency. The new pony has come out of the gate strong—Ford says it sold 3,739 units in February and yes, I can imagine that some of those sales came from prospective Tesla buyers. This is nothing for Elon and company to lose sleep over—Tesla may be losing some of its pie now, but the pie will soon be getting much bigger.

How huge a hit will the Mach-E be? That depends on a couple of things. Will Ford use OTA updates to continually improve its product, as Tesla has done? And more importantly, will Ford truly try to maximize sales of its EVs? Doing so will require explaining to buyers why they are superior to legacy gas vehicles, and that’s something that no non-Tesla automaker has yet shown a willingness to do.

An earlier version of this article originally appeared in Charged. Author: Charles Morris. 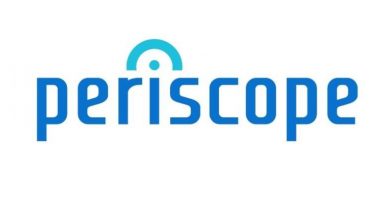 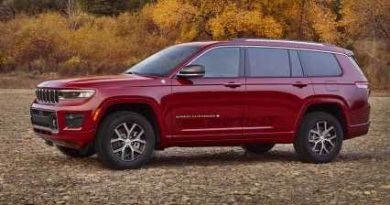 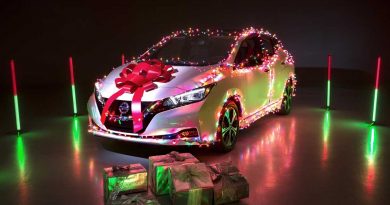