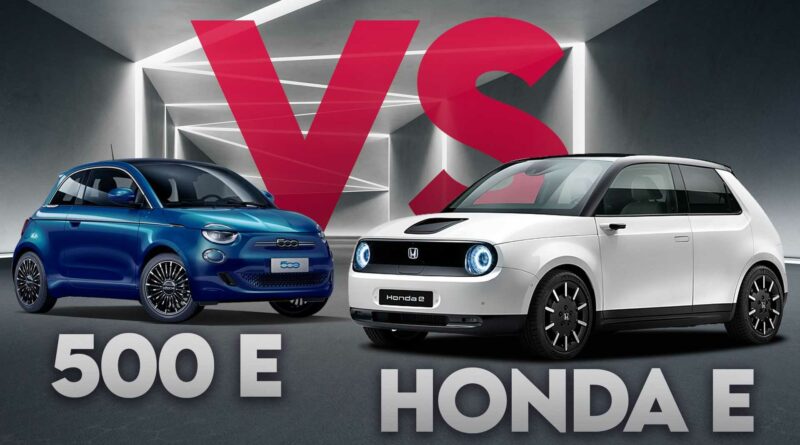 Is anyone else out there a little tired of all the 3 ton SUVs pottering around cities? Is there an appetite out there for smaller, nippy little city EVs?

Today, we’re looking at two of the most stylish and chic city cars you can buy – the Honda e and the FIAT 500e.

We’ll get to batteries, range and performance in a bit. But let’s kick off with one thing both of these cars have in common…style! Now both might not be to your taste, but come on, they look cool, don’t they?

We’ve had the Honda e on this channel before, and Blake, who reviews cars for us sometimes had it for a week a few months ago. He absolutely loved the styling of it! Said it put a smile on his face like no other car had recently! The first thing that you notice when you look at the Honda is those big, Japanese Anime-character eyes at the front. The circular lights give the car such a distinct look. The style of the lights is echoed around the back with the concave recess housing a black glossy panel also. And I really like the hockey stick profile at the c-pillar.

The Fiat gets a nice refresh. We love the clamshell-style bonnet/hood, especially the way it cuts through the light cluster at the front. The closed-off grille gives it a sleeker look. It’s also less poised than the Honda, which is not a bad thing. Although far from a heavyweight, the Honda just looks that bit beefier in comparison!

On this inside, we think that the Honda has a slightly more premium feel, but that’s not surprising since it costs a bit more. The Fiat also has more of a traditional look, compared to that incredible bank of screens that run window-to-window across the dash of the Honda. It’s at the extremes of these screens that you get the camera feed from the stalks just outside…yes, you guessed it, the Honda has no wing mirrors!

Bear with us for another minute before we talk about batteries and performance. We want to mention size and practicality for a moment! This is a strange one here. Normally having more space is better…but in a sense you want your city cars to be small and nimble, so having a 600 liter trunk isn’t exactly a good thing if it makes the car too big!

There’s not much of a difference in height and width, but it is worth noting that the Fiat is 250kgs lighter than the Honda, and that is something that you will feel as you nip about town.

Ok, so let’s say you wanna have a bit of fun with these cars…what sort of power and speeds are we talking about?

The Honda’s 113kW motor is a good bit more powerful than the Fiat’s which is a mere 87kW. It also has more torque at 315Nm compared to 220 for the Fiat. But having said that, it’s still a nippy little car. The extra bit of weight in the rear-wheel-drive Honda means that it gets to 62mph in 8.3 seconds, which is only marginally better than the Fiat at 9 seconds. Both cars will top out at about 95mph on the motorway, but then again, that’s still illegal on pretty much every road in the world!

What do you think about those numbers? Are they fast enough? Are they too fast? And who cares about torque at motorway speeds. These are city cars so what we really want is a burst of acceleration from 0-30mph or from 20 to 40mph surely?!

Now the juicy stuff that we all wanna know about…batteries, range and charging. We’re talking about a city car here so we’ll be treating these differently than when we compared the Model 3 to the BMW i4…you should go watch that one by the way!

Anyway, let’s start off with the batteries. Just a reminder that there is a cheaper Fiat 500e with a smaller battery, but it’s so much cheaper than the Honda that we’re sticking with the 42kWh version for this comparison. The usable battery is 37.3kWh, which seems minuscule compared to most of the figures we hear these days. But it’s not that long since we were all intrigued by the updated LEAF that had an even smaller battery! In comparison, the Honda’s battery comes in at 35.5kWh, but only 28.5kWh is usable. And don’t forget that it has an extra 250kgs to lug around! Man, where does the extra weight come from?!

So how far can you go on these little pocket rockets? Let’s start with the Honda that has a WLTP rating of a smidge under 140 miles. Our reviewer, Blake, got 130 miles out of it on a 100% down to 1% range test, but it was in relatively favorable circumstances. We reckon, in general driving, the Honda is good for about 100 to 120 miles. Less on the motorway, more in town during summer of course.

The Fiat, unsurprisingly, does a lot better! The WLTP rating is about 200 miles, so a good bit more than the Honda. We reckon that a range of around 150 to 170 miles is a realistic figure for the Fiat. Having said that. If it’s just you in the car in general, pottering around town in mild weather…we think 220 miles is doable.

And what happens when you want to recharge these little beauties?! Well, let’s not beat around the bush here because the Fiat wins hands down! Why? Let’s look at the numbers.

The Fiat will charge at up to 11kW on AC, which is quite good. In a lot of countries in Europe especially, there are loads of 22kW AC posts. You can plug in there while you go see a movie and put about 150 miles back in that time! The Honda is left stuck with a 6.6kW maximum. So no matter what, you’re taking 4 hours or more to fully charge. On DC, the Honda will peak at about 56kW, which is not impressive considering that barely beats the old Nissan LEAF that’s been out for a decade now! The Fiat, however, will go up to 85kW on DC.

But it’s not just about the speed that energy goes back into the battery, it’s what the car does with that energy, and the Fiat is just that bit more efficient!

So what really separates these two cars?  And why would you buy one over the other?
At these price points, the difference in cost is much more of an issue than comparing a Model S Plaid to a Lucid Air. If you can afford the Tesla, then you can probably afford the Lucid!  Not so with the Fiat-Honda dilemma. The 42kWh Fiat is significantly cheaper than the Honda where I’m from. And if you opt for the smaller battery, you can save even more! It may be different where you live depending on grants, incentives and so on.

So when we look at the numbers it’s an easy win for the Fiat. It’s got a lot more range and it charges faster. It’s also so much cheaper. But as we’ve said on this channel before, you don’t always buy a new car with your wallet…yeah…your heartstrings can be pulled. And for many people the Honda e is just so quirky, it’s a little faster, the interior feels a little plusher. The turning circle will put a big smile on your face! It’s got a plug socket INSIDE the car! All those screens, the camera stalks instead of wing mirrors! It’s a tough one to call!

Me, I couldn’t get either because we need the space for a young family. But if I was getting a second car for a bit of fun…which would I go for? Well, remember at the start I said we’d make another suggestion that might be even better?

Yeah, I’m having the Mini Cooper SE. I just love that car! Considering where I’m from I’ve got so much goodwill toward the Mini badge! I think it looks so cool. It’s that little bit faster than the others, and the ride is so immersive and planted. Yeah, that’s the one I’d have!

So, let us know what you think in the comments below. Two incredible little cars featured today, and not nearly enough time to get through all the details!

Which would you go for and why?

And what about the bigger discussion on the size of modern cars, increasing battery sizes and private transportation. Do these two cars have a place? 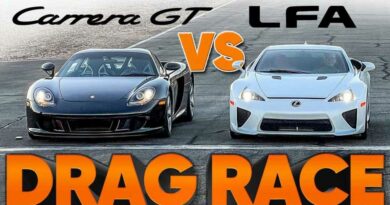 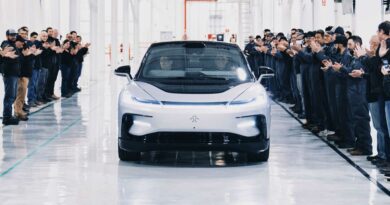