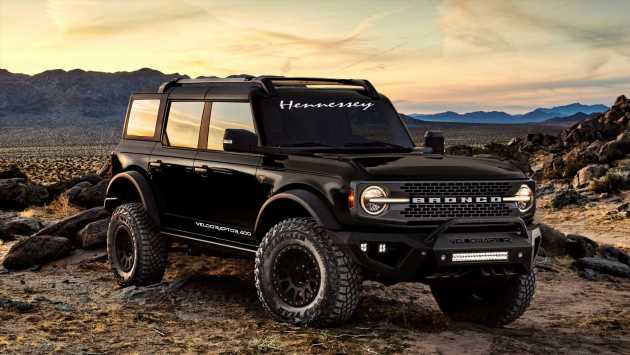 American tuning firm Hennessey has turned its attention to the new Ford Bronco, injecting the off-roader with serious performance and extra all-terrain ability.

Hennessey began in 1991 as a builder of ultra high-power variants of American muscle cars, and has since established itself as a maker of bespoke, exotic creations, such as the 270mph Venom GT and upcoming F5 hypercar.

However, the Texan tuner continues to provide extensive upgrade packages for a variety of cars, and the Ford Bronco SUV is the latest.

The new Bronco draws from the 1966 original with a boxy, utilitarian design, and is available in two or four-door body styles. It also features modular body panels, such as a removable hard-top roof, snap-in rear quarter light windows and removable frameless doors, and a hose-down interior.

The range-topping Ford Bronco Wildtrak uses a 2.7-litre V6, which forms the basis of Hennessey’s upgraded model. Called the VelociRaptor 400 Bronco, power and torque are up by 74bhp and 119Nm respectively, to 405bhp and 682Nm. This propels the SUV from 0-60mph in just 4.9 seconds.

A high-flow induction system, an upgraded exhaust and new engine mapping are responsible for the performance increase, but Hennessey’s tweaks extend further.

Inside, there are Hennessey embroidered headrests and a serial numbered plaque, with another in the engine bay. The Velociraptor 400 Bronco also features Hennessey’s Off-Road Package, which includes 18-inch wheels wrapped in 35-inch off-road tyres, VelociRaptor front and rear bumpers and retractable side-steps.

Hennessey has also ensured that the standard Bronco’s seven off-road modes have been retained.

Speaking on the new Hennessey-modified Bronco, company CEO John Hennessey said: “Whether you’re on or off-road, more power is what our customers demand, and our VelociRaptor 400 Bronco really delivers! The new Bronco is destined to be an icon and our customers want their Bronco to stand out with enhanced styling and, of course, more power!”

The VelociRaptor 400 Bronco can be had in either two or four-door body styles, with or without a soft top, and is limited to just 200 units for 2021.

Unfortunately, the new Ford Bronco isn’t available in the UK, but US customers can pick one up with the Hennessey upgrades fitted for around $80,000, including a 3-year/36,000-mile warranty. A stand-alone kit can also be installed, adding $24,950 to the $46,980 price of the base car.

Check out the latest on V8-engined Land Rover Defender here… 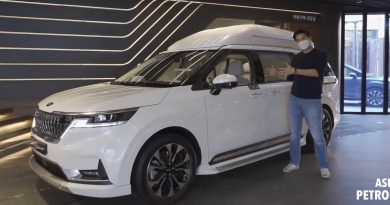 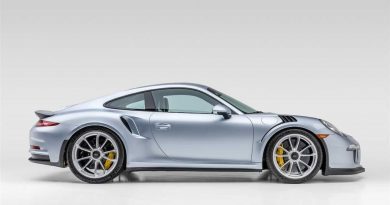 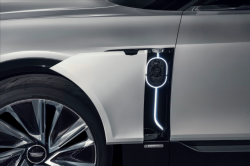