Fans of the Gran Turismo series have been waiting for a better look at the next instalment, Gran Turismo 7, ever since the racing simulator was announced last year. Their prayers were answered at the PlayStation Showcase event this morning, which dropped a new trailer and a deluge of information.

Before any of that, let’s address the elephant in the room. Originally due to be released this year as part of the launch window for the new PlayStation 5 console, GT7 was delayed as the COVID-19 pandemic pushed the schedule back. Now, we have a confirmed release date for the game, slated for March 4, 2022.

What’s more, developer Polyphony Digital has confirmed that GT7 will also be available on the PlayStation 4, so those of you unable or unwilling to buy the new machine (which is still low in supply nearly a year on, making just purchasing the console difficult) will still be able to get their hands on the game. You’ll still need the PS5 if you want to experience the upgraded visuals to full effect, however, including raytraced reflections.

The numbered title is significant because it marks the series’ return to a full Campaign mode, after the esports-led focus for GT Sport. This means you’ll not only be able to purchase cars and compete in offline and online races (as you could in the previous game) but also fully tune your cars, obtain racing licences and access an expanded array of offline races and events. The distinctive map-based menu system is back in a new 3D-rendered form, which even has a night version with illuminated locales.

Returning favourites include a GT Auto section, where players can wash their cars, change engine oil and even overhaul the engine and chassis. An expanded car customisation feature now allows users to add widebody kits and visible roll cages, in addition to the usual bumpers, spoilers and wheels.

Aside from buying new and used vehicles at the Brand Central and Used Car Dealerships respectively, players can also access the new Car Café to get pointers on which car to buy next. There’s also appears to be a new “auction house” area to purchase valuable vintage machines.

Then we come to the cars themselves. The trailer reveals some mouthwatering additions, many of them having starred in previous GT games. These include the Mercedes-Benz CLK LM (an upgraded Le Mans version of the CLK GTR), the original KPGC-10 Nissan Skyline GT-R, the monstrous Alfa Romeo 155 V6 Ti from the Deutsche Tourenwagen Masters (DTM) and the iconic Castrol Tom’s Toyota Supra and Pennzoil GT-R from the height of the All Japan Grand Touring Car Championship (JGTC, now Super GT) in the ’90s.

There are also new cars such as the Ferrari FXX K, the GTE racing version of the Ford GT and the Toyota GR Yaris and 86 (the last two were also recently added to GT Sport), along with conceptual Vision GT models from Lamborghini and Jaguar. We also see the Mazda RX-Vision concept from 2017, which formed the basis of last year’s race-inspired RX-Vision GT3 Concept. It’s not just new cars, as there’s also an Aston Martin DB5 (just in time for No Time to Die, nice) and even a Willys Jeep in there.

Porsche’s expanded partnership with Gran Turismo also finally comes to fruition with GT7, with the 917 Living Legend appearing prominently in the trailer and an unnamed Vision GT car being featured on the game’s cover. A previous trailer showed the original 917 racer, the Carrera GT and the ’90s 911 GT1 as well. In total, the number of cars has increased from 324 to “over 420”.

Other bits introduced in GT Sport have been enhanced. The real-world photography feature, Scapes, has been expanded to 2500 locations in 43 countries, while the livery editor gets a more intuitive interface and will now allow you to put stickers on the car windows and customise the windscreen banner.

Sounds like a lot for us to sink our teeth into, and we can’t wait to get our hands on Gran Turismo 7 next year. What do you think of the new game – is it all you’ve been waiting (and hoping) for? Sound off in the comments section after the jump. 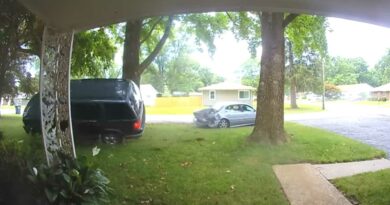 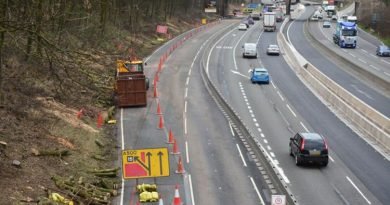 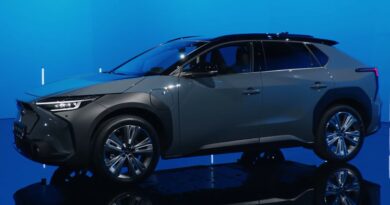