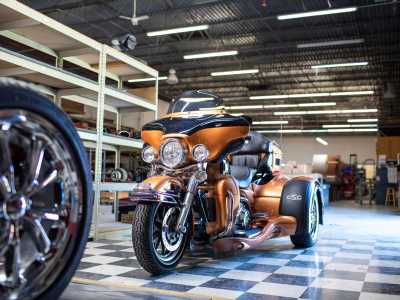 California Sidecars, located in Arrington, Virginia, employs 85 workers and helps keep cyclists in the game, even after their days on two-wheelers are in the rear-view mirror.

The first thing you notice about California Sidecar Co. is that it’s nowhere near its ancestral birthplace in Southern California. It is, rather, about 3,000 miles distant, in Arrington, Virginia., a wide spot along Route 29 between Charlottesville and Lynchburg in the foothills of the Blue Ridge Mountains.

The next thing you notice is that CSC hasn’t built sidecars in a decade, since fire destroyed its inventory. (The sidecar market had slowed, leading co-owners John Gresh and Dwight Harrington to discontinue it). The fire left them with two primary products: Escapade trailers and conversion kits that turn traditional two-wheel motorcycles into three-wheel trikes.

It’s been quite a ride. The company was founded in 1975 to build and sell sidecars. Gresh bought it in 1985, relocated in 1999 and expanded its line to include motorcycle trailers. He and Harrington grew it from 4,000 square feet and three employees to two facilities totaling 70,000 square feet and 85 employees. They manufacture three trailer styles and model-specific conversion kits for Harley-Davidson, Honda, Kawasaki, Yamaha, Victory and Indian. (Currently, H-D is the only manufacturer building trikes from scratch).

The California Sidecar is made up of two facilities totaling 70,000 square feet and 85 employees.

“John was driving from New York to Florida with a (motorcycle) show trailer, and he really enjoyed his time going through Virginia,” said Harrington, the company’s general manager and point man in Arrington. “We ship internationally (the port of Virginia is about four hours east), so we relocated to be nearer our East Coast customer base. It’s quiet and beautiful out here, and we have a good labor market. The demand was slow a few years back, but it’s taken off again. A lot of older riders are switching to trikes because they’re more comfortable riding them.”

One of those “older riders” is the author of this piece, an FDR/WWII baby. Beginning with the first one in 1995, I’d done 24 consecutive Kyle Petty Charity Rides Across America on big, heavy, touring bikes. (Only 10 of us have done them all). I blissfully rode Hondas, Harleys, Kawasakis, Triumphs, BMWs and Indians, paying scant attention to the trikes that began coming along a few years ago. Despite my cranky hips and knees, I’m not sure I ever imagined myself on one. Really, what would be the point?

But there I was in May, on a trike to begin this year’s 3,700-mile, 11-state, Seattle-to-Key Largo, Florida, trip. There were maybe two dozen “trikers,” former motorcyclists who now felt more comfortable and confident on three wheels. In April, at the insistence of my wise and powerful wife, I bought a 1993 Honda Gold Wing and had it meticulously refurbished and upgraded by Iron Horse Motorcycles in Monroe, N.C. It had been converted into a trike in 2008 and put into storage for several years, accounting for its low (11,500) mileage. It took an hour in a parking lot and another on a North Carolina highway to get the hang of it.

I quickly learned that you don’t ride-and-lean a trike as you would a motorcycle — rather, you ride-and-steer. To turn left, you simply push the right handlebar away and pull the left handlebar toward you. (To turn right, reverse the motions). The trike will obediently follow the directions your handlebars send the front wheel. There’s no need to lean or put your feet down, and I found the trike to be stable and comfortable. It was certainly less stressful than a motorcycle.

I didn’t worry about sand or gravel parking lots, uneven pavement or wet roads. (Don’t misunderstand: You can turn one over, but it takes some effort). On the other hand, I was mindful of clearances since trikes are significantly wider than motorcycles. Long-time trikers said to stay back from fuel islands to avoid carelessly ramming with the rear fenders. Others said to ride midlane to avoid shoulder debris and keep from dropping the right-rear off the pavement. And others reminded me to check ground clearance near curbs since mine has footboards.

Not once during my 5,018-mile ride across 15 states (the Ride, then 1,318 miles and four more states to home) did I have a moment’s concern. I listened to my triking elders, took their advice and was extra-careful when first my wife and later my daughter rode with me. Like many of the “bikers-turned-trikers” on this year’s Charity Ride, I can’t imagine going back to two wheels. I mean, really, what would be the point?

Workers transition two-wheel motorcyles to three-wheel models that are especially popular with aging riders who no longer trust the bodies to support the weight and power of their motorcycles.

Most CSC conversion kits are manufactured in Virginia and shipped to 225 dealers for installation. If a customer wants to wait, Harrington’s mechanics, finishers and assemblers will spend several days turning a two-wheeler into a trike. A foundry/machine shop in nearby Madison Heights manufactures the suspension parts, which come to Arrington for shipment or in-house marriage with the passenger seat, luggage compartments, fenders and rear deck. Depending on which doodads or custom pieces are included, the CSC kit runs about $8,000.

“We have a coast-to-coast network of dealers who do the bolt-on work,” said Harrington, for whom perfection is the only option. “We want to make money, but it’s more important to do quality work we can be proud of. We’re very good at what we do, and I want our work and our dealers’ work to look the best it can. Nothing leaves here until it’s as good as we can make it.”

Trikes aren’t new. In the ‘30s, Cushman manufactured them for municipal parking enforcement. In 1984, John Lehman built a trike so his wife could ride more confidently with one of their children. Lehman, who died in 2012, built trikes for years in Canada before relocating to Spearfish, South Dakota in 2004. (Lehman remains one of CSC’s competitors, along with Roadmaster, Hannigan, Champion and Motor Trike).

Even during the motorcycle industry’s recent downturn, the acceptance of trikes was encouraging. They’re especially popular among aging riders who no longer trust themselves to hold up traditional touring bikes. Trikes are more stable and forgiving at slower speeds and stop-and-go situations. Many riders “of a certain age” find that stability comforting, especially with a passenger.

Bill Cone of Spartanburg, South Carolina, has been riding for 50 years and is nearing 400,000 miles. He rode Harley two-wheelers until 18 months ago, when he bought an almost-new Harley trike. “I wanted something new and different, but nothing really stood out,” he said. “So, I did a trike test ride and flipped out over it. Nothing (bad) happened to make me switch, but I knew I’d eventually have to change. The trike is so much safer, so I’ll never go back. My wife is back to where she’ll ride with me again.”

Rod Gilvey of Apex, N.C. rode two-wheelers from 1974 until converting his Honda Gold Wing in 2013. “Nothing specific caused me to convert to a trike,” he said, “except I was having trouble with my left knee and wasn’t comfortable supporting a big, heavy bike. I didn’t want to quit riding and hang up the keys, so I got a trike.”

His first extended ride was a rainy one, from Apex to a rally in Greenville, S.C. “When we got there, I told my wife, Maxine (she has her own trike), ‘zero stress,’ ” he said. “It was a simple transition and I was pleasantly surprised. It’s a joy to ride. I’m still wowed by it.”

I know the feeling.

Co-owner Dwight Harrington of California Sidecar says that, “Nothing leaves here until it’s as good as we can make it.” 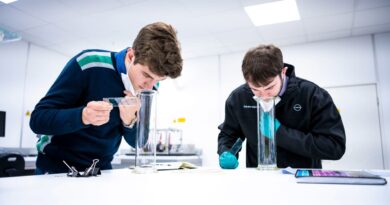 New car smell: what is it and how do brands make it? 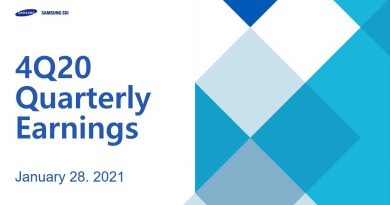 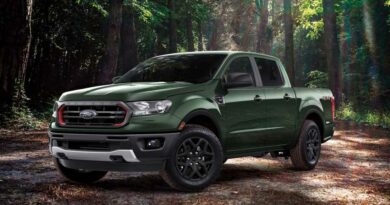