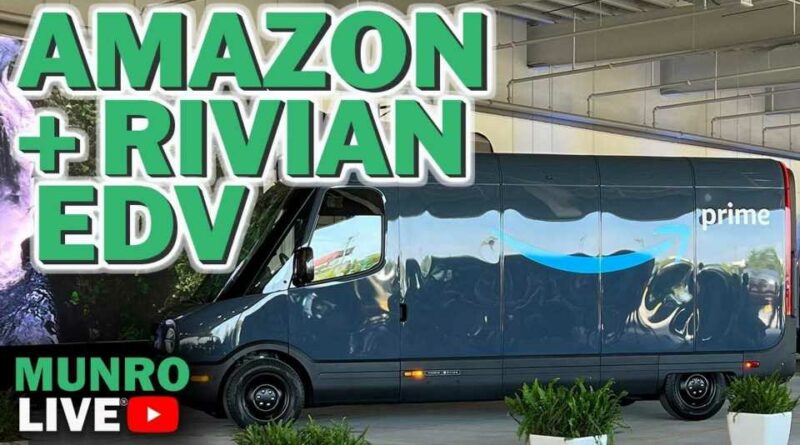 Last week, Amazon announced its Rivian-built custom electric delivery vans started delivering parcels in several major US cities, with plans to hit 100 cities by the end of this year.

Joshua Halberstadt from Munro Live attended the event at Amazon Logistics in Chicago, Illinois, and managed to get up close and personal with the Amazon Electric Delivery Vehicle, checking out its cabin and cargo area and learning plenty of interesting things about it from Jon Woodmore, Senior Director for Rivian’s Commercial Vehicle Product Line.

For example, the EDV shares more components with the R1T pickup and R1S SUV than you would expect given its use case and the fact it’s a vehicle tailored specifically to Amazon’s needs. The overall architecture is based on the R1 series, even though the EDV and R1S/R1T are built on separate lines at Rivian’s manufacturing facility in Normal, Illinois.

It’s interesting to note that Rivian took a holistic approach to designing the Electric Delivery Vehicle, starting with analyzing Amazon delivery drivers’ daily routine and workflow. Jon Woodmore says Rivian took part in some 150 ride-alongs three years ago to find out how it could improve the driver’s experience and well-being.

As a result, ergonomics played a huge role in developing Amazon’s EDV, and that’s obvious the moment you step inside the cabin as everything feels natural and seamless for the driver. Woodmore also notes that Rivian spent a lot of time integrating Amazon’s last-mile delivery routing app into the infotainment system and making a really comfortable driver seat, which is heated and cooled through piping that comes straight from the HVAC unit.

Another interesting feature is the power bulkhead door, which closes automatically as the transmission selector is put in Drive and opens automatically as Park is selected so that the driver is absolved of this menial task.

This particular van featured in the video is the EDV 700, which features the biggest cargo space of around 700 cubic feet (19.8 cubic meters). Amazon also commissioned a smaller EDV 500 that’s both shorter and narrower than the EDV 700. 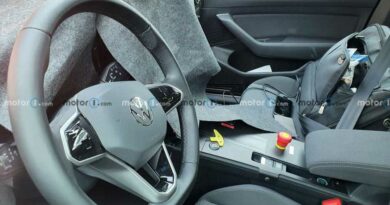 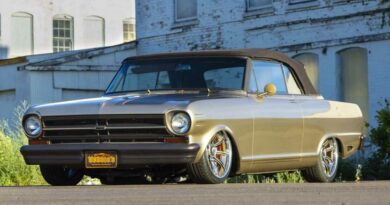 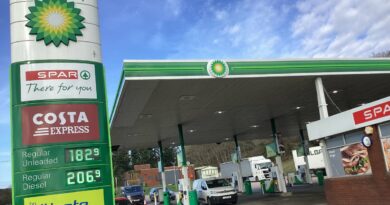