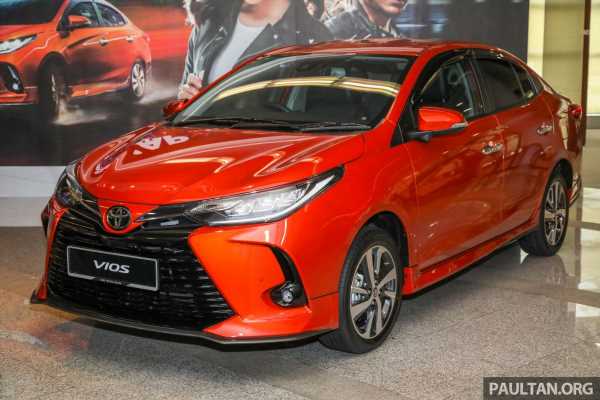 Following the official launch of the facelifted Toyota Vios, we now bring you a full gallery of the refreshed B-segment sedan in its range-topping G variant, which is priced at RM87,584 on-the-road excluding insurance, but with the 2020 sales tax exemption factored in.

The Vios also comes in two other variants, including the mid-spec E for RM82,593 and base J for RM74,623. Compared to the previous version of the Vios that arrived in January last year, the J is now RM1,478 cheaper, while the E and G are up by RM2,519 and RM1,452 respectively.

There are no mechanical changes with the facelift, as the Vios soldiers on with a 2NR-FE 1.5 litre Dual VVT-i four-cylinder engine. With outputs of 107 PS and 140 Nm of torque, the mill drives the front wheels through a CVT that features a seven-speed Shiftmatic mode.

Styling revisions are focused at the front, where the main grille and lower intake have been merged to form a large mouth, finished in black. A new bumper complements this change, with redesigned fog lamp sections, while the rear remains unchanged from before. Those triple-bezel LED headlamps are also new and replace the previous halogen projector units, with follow-me-home function and DRLs. This particular example also sports an optional aerokit, which includes front and rear bumper lips, side skirts and a boot lid lip spoiler for RM2,500. There’s also the GR-S package if you need something sportier, for an additional RM7,700, which is inspired by the RM97.5k Vios GR-S.

While the exterior is visibly different, the Vios’ cabin remains pretty much unchanged from before. With the G, you get leather upholstery, a multifunction leather steering wheel and shift knob, paddle shifters, a seven-inch Display Audio system (with Android Auto and Apple CarPlay support), six speakers, an electrochromic rear-view mirror, 60:40 split-folding rear seats, an Optitron instrument cluster with a 4.2-inch display, automatic air-con, along with keyless entry and start.

Other items on the kit list include 16-inch alloy wheels (with 195/50 tyres), Eco and Sport drive modes, two USB charging ports, blue footwell illumination and the Vehicle Telematics System (VTS). The wireless charger seen in the armrest storage cubby is an optional extra that costs RM490. The systems included in said suite – also standard with the E – are pre-collision system (PCS), lane departure alert (LDA), a blind spot monitor and rear-cross traffic alert. The upper two variants also get a front digital video recorder (DVR), something that is missing with the J.

Lastly, the paint hue you see here is called Orange Metallic, which is one of five available, with the others being Platinum White Pearl, Dark Blue Metallic, Red Mica Metallic and Silver Metallic. All colours can be had with any variant, but the white will set you back an extra RM400. 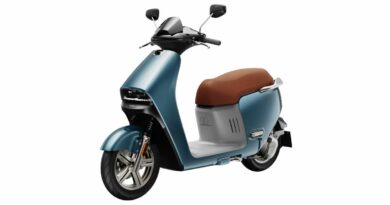 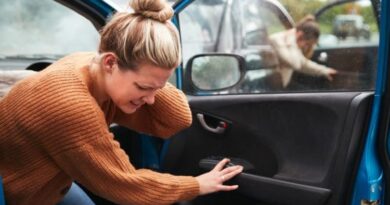 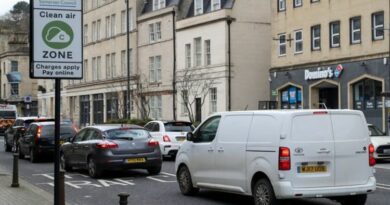