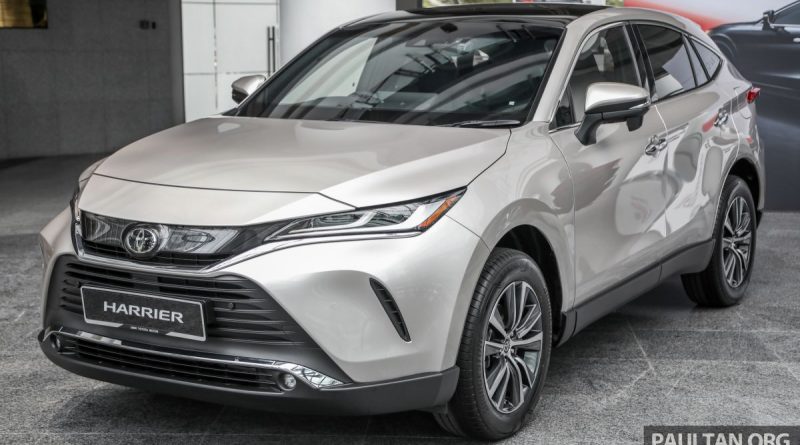 Yesterday, UMW Toyota Motor launched the new Toyota Harrier in Malaysia, and now we’re bringing you a full live gallery of the fourth-generation semi-premium SUV. Continuing to be sold through official channels – which it has been since 2018 – it arrives with a number of new features but with a less powerful engine.

Just one variant is being offered this time around – the 2.0 Luxury, priced at RM249,707 on-the-road without insurance. This figure, which includes the 50% sales and services tax (SST) rebate, is cheaper to the tune of nearly RM7,000 compared to the previous top variant. As usual, this price is valid until June 30, after which it goes up to RM259,000. A five-year, unlimited-mileage warranty is included.

The reason it’s cheaper is that unlike the previous Harrier, which was powered by a turbocharged engine, this new one is only available with a naturally-aspirated mill – in this case, the same M20A-FKS 2.0 litre Dynamic Force four-cylinder found in the base RAV4. It makes 173 PS at 6,600 rpm and 203 Nm of torque from 4,400 to 4,900 rpm, which is some way down the 231 PS and 350 Nm of the outgoing model.

A Direct Shift CVT sends power to the front wheels, and so equipped, the Harrier will get from zero to 100 km/h in 9.7 seconds on its way to a top speed of 190 km/h. Owners can at least console themselves with the fact that the improvement in efficiency has made up for the shortfall in performance, with fuel consumption rated at 15.3 km per litre. That’s quite a jump over the previous turbo car, which was rated at 13 km per litre. Built on the GA-K variant of the Toyota New Global Architecture (TNGA), the new Harrier is slightly larger and lower than before, giving it a sleeker, more coupé-like profile. Highlights include the slim matrix LED headlights and closed-off upper grille, a large lower grille and full-width LED taillights. Also fitted are LED fog lights and the mid-range 18-inch two-tone alloy wheels (19s are offered in Japan).

Inside, there’s a plush-looking interior with a diamond-shaped centre console inspired by a horse’s saddle, sitting within the wraparound faux leather-trimmed dashboard. There are also a number of novel features, including a dimmable electrochromic panoramic glass roof and a digital rear-view mirror.

While we won’t get the full 12.3-inch centre touchscreen found in Japan, our car at least receives a proper OEM Toyota infotainment system – something that could not be said about the more expensive GR Yaris. It’s a similar system offered in the RAV4 and comes with Apple CarPlay and Android Auto connectivity. A head-up display, a Qi wireless charger, a reverse camera and six speakers are also fitted.

The Harrier continues to utilise MacPherson strut suspension at the front and double wishbones at the rear, but the suspension geometry has been optimised for rigidity and handling balance. The retuned dampers also improve smoothness at lower speeds, while the increased sound insulation makes for a more refined drive.

Colour options include the Steel Blonde Metallic you see here, Slate Grey Metallic and Dark Blue Metallic. For an extra RM800, you can also have the Harrier in Precious Black and White Pearl Crystal Shine. 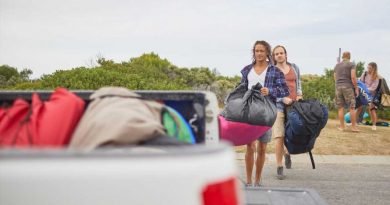 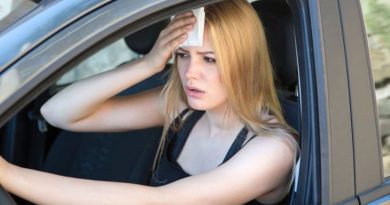