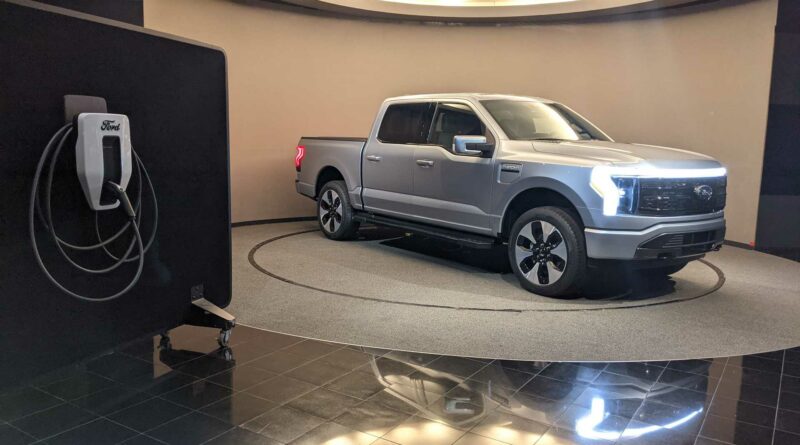 The Ford Charge Station Pro, which was co-developed with Siemens eMobility, is now available from Ford’s website for $1,310.00. While that may sound like a lot of money, it’s actually very reasonably priced for an 80-amp charging station that can offer bidirectional power flow.

For instance, the ClipperCreek CS-100, an 80-amp charging station retails for $2,195.00 – and that’s just a charging station; it doesn’t have bidirectional power flow capability. 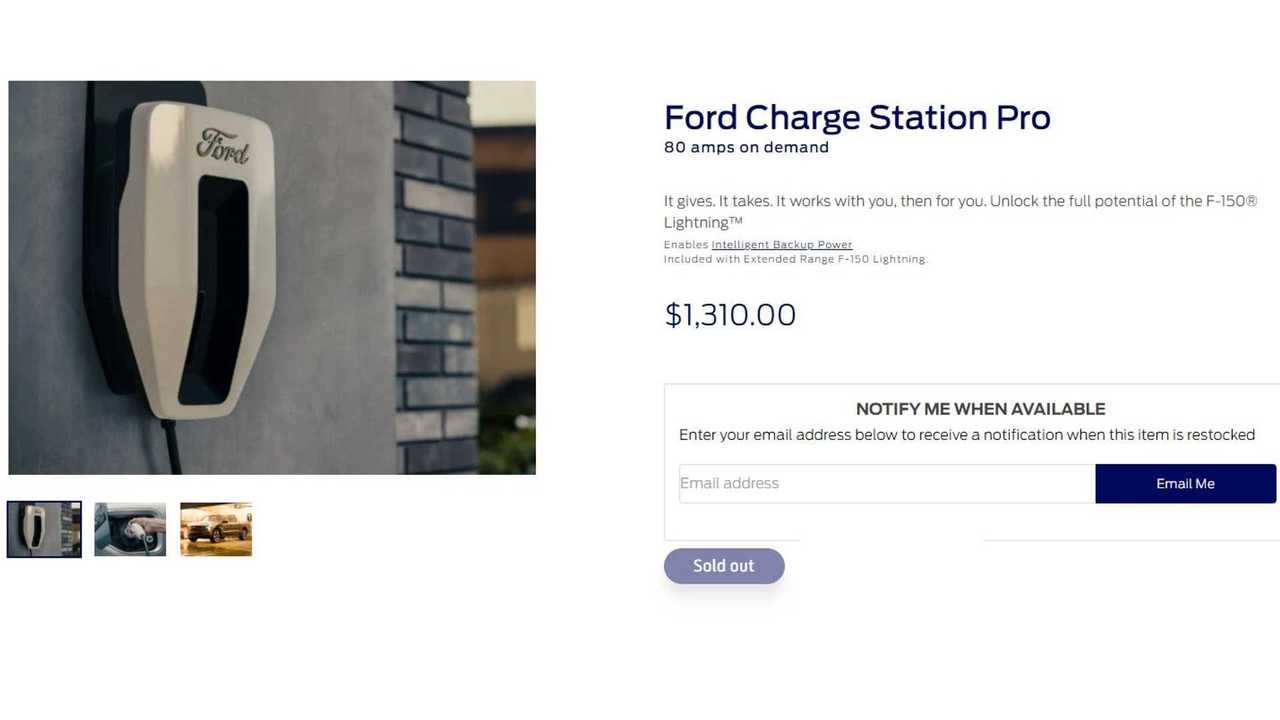 We’d also like to point out that on the ordering page of Ford’s website they have an inaccurate picture. Instead of the Charge Station Pro’s CCS  connector, they show a picture of a J1772 connector that the Ford Mobile Charger and Ford’s Connected Charge Station both use.

The Ford Charge Station Pro uses the CCS or “Combo” connector because it needs the two DC pins on the bottom of the connector to deliver power back from the vehicle to the house. When the Charge Station Pro is charging the F-150 Lightning, it’s using the J1772 pins at the top of the CCS connector, but when the vehicle is sending power back to the charging station, it does so using the two DC pins at the bottom. 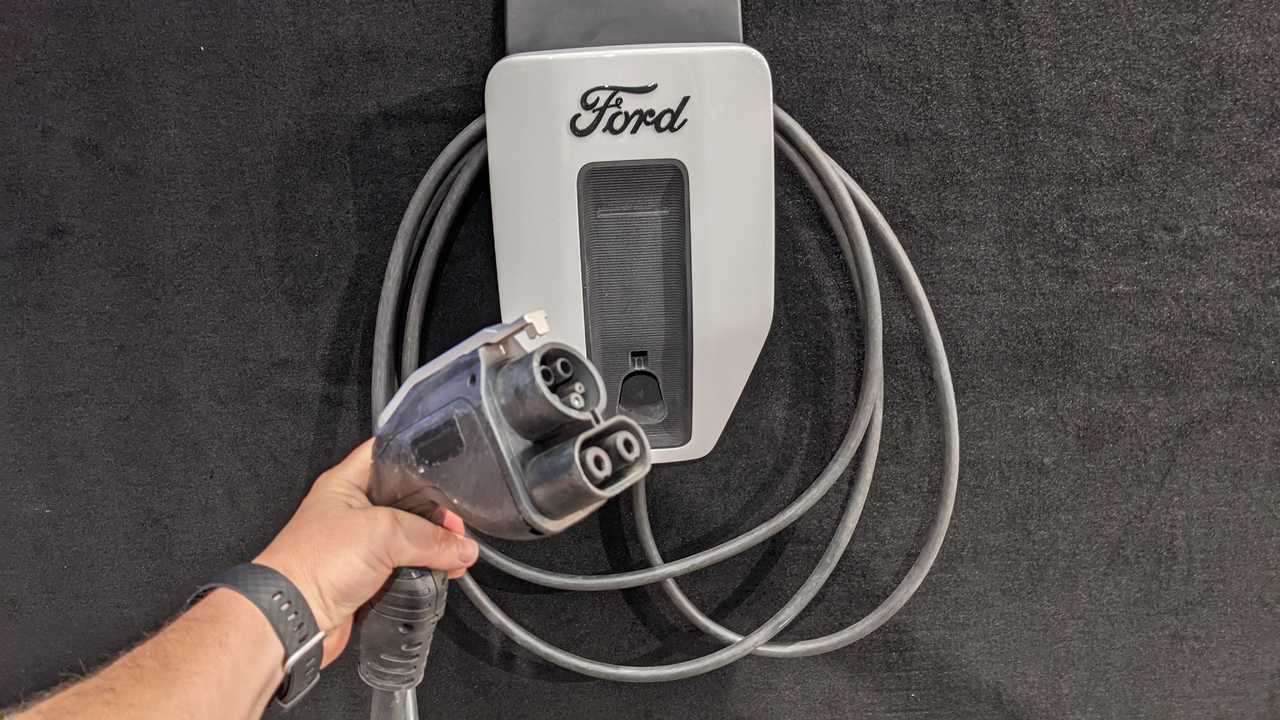 The Charge Station Pro is rated for both indoor and outdoor use and comes with a 25-foot cable. The dimensions are 12.6″ x 23.4″ x 6.9″ and the unit requires a 100-amp dedicated circuit if you want it to deliver the full 19.2 kW that it’s capable of delivering.

However, you can de-rate the power all the way down to only 20-amps if your home electric supply cannot support delivering more power to the unit and you don’t want to pay for an electric service upgrade.

The good news is if you do de-rate the power the Charge Station Pro delivers to the Lightning, it can still deliver the full 40-amps (9.6 kW) to your home in the case of a power failure. That’s because the two sides of the Charge Station Pro (AC for charging & DC to power your home) are separate, and have different wiring feeds. 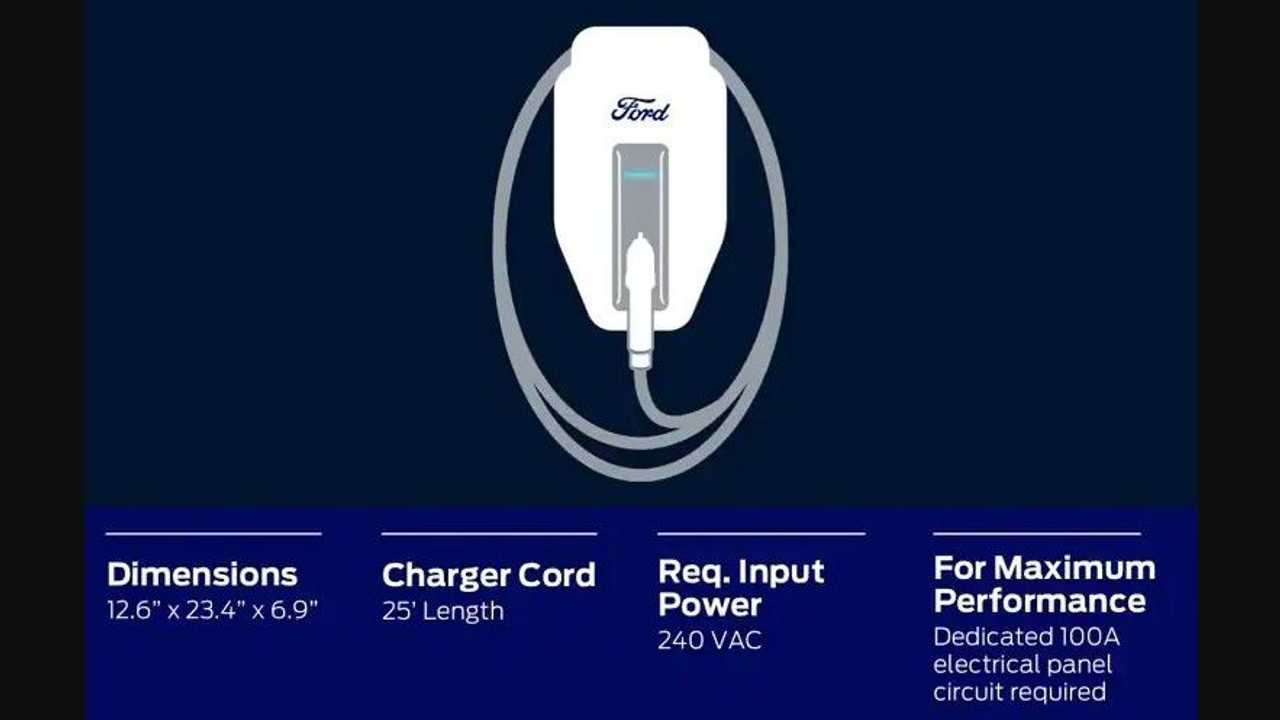 However, the Charge Station Pro isn’t needed to charge the F-150 lightning, as any charging station equipped with a J1772 connector can charge the truck. That includes the standard Ford Mobile Charger that comes with every Ford Mustang Mach-E and Ford F-150 Lightning. Charge Station Pro is only needed if customers want to use Ford Intelligent Backup Power, because of its bidirectional power capabilities.

Ford has partnered with SunRun for installation services for the Charge Station Pro as well as Ford’s Intelligent Backup Power system, but customers do have the choice of selecting the installer of their choice if they prefer not to contract SunRun. 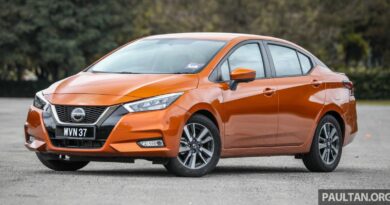 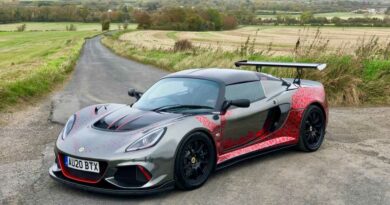 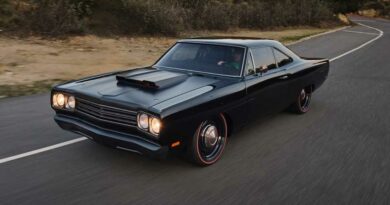