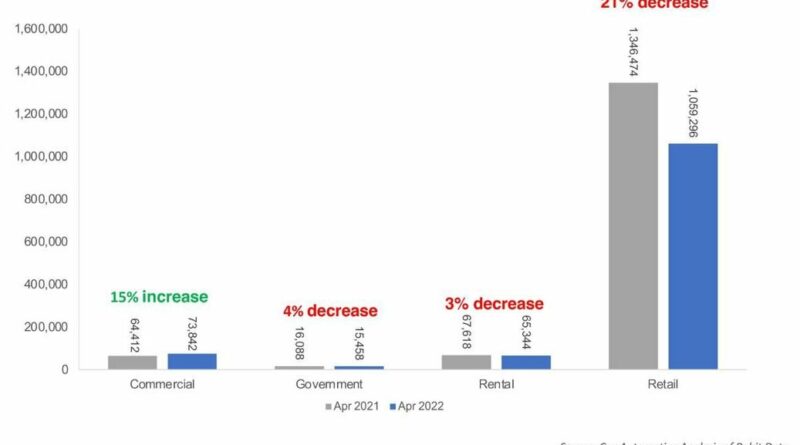 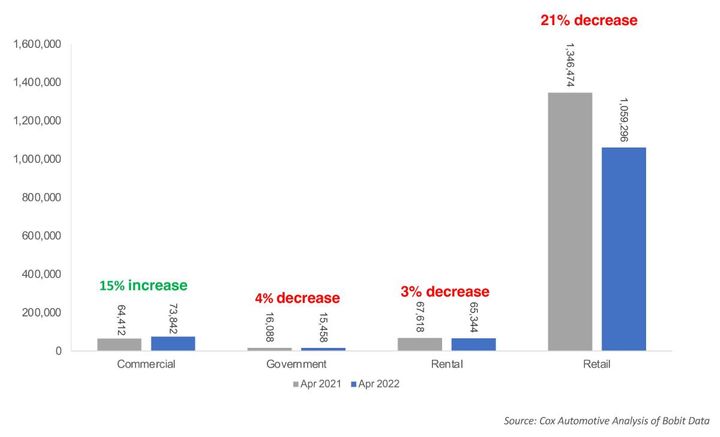 Commercial fleets were the only sector where sales grew YOY.

Sales into large fleets, not including sales into dealer and manufacturer fleets, decreased 12% month over month in April to 154,654 units, according to an early estimate from Cox Automotive released May 6.

Combined sales into large rental, commercial, and government buyers increased 4% from April 2021. Sales into commercial fleets in April saw another impressive gain of 15% year over year. Meanwhile, sales into government fleets were down 4%, and rental fleet volume remains low, down 3% from last year.

Total April new-vehicle sales were down 19% year over year with one more selling day than April 2021, and retail sales were down slightly more at 21%, leading to an estimated retail seasonally adjusted annual rate (SAAR) of 12.6 million. The April sales rate was down 21% from 16 million last April but up 9% from last month’s 11.6 million rate. After including dealer and manufacturer fleet sales, the total fleet share of all sales was 14%, up 2% from last April’s fleet share.

Among manufacturers, Stellantis saw the most significant increase in fleet sales of nearly 70% over last year, while Nissan was down 38%. 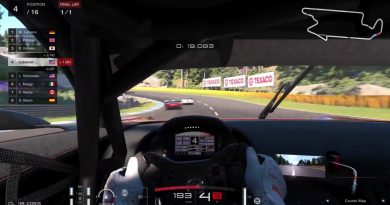 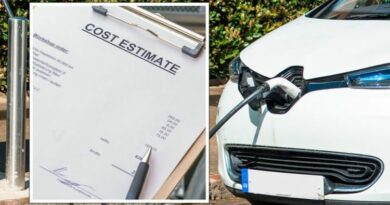 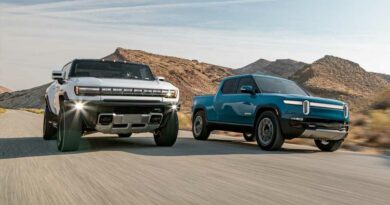