The Ferrari 812 Superfast ‘Versione Speciale’ gets more power from its 6.5-litre V12, as well as increased downforce and less weight

This is a new limited edition Ferrari based on the 812 Superfast – a pumped up, more powerful, lightweight variant of the brand’s latest front-engined V12 berlinetta, which will be revealed in full on 5 May.

Ferrari has not yet revealed a name, but earlier this year, the model was referred to as a ‘Version Speciale’ 812 Superfast. It is, in essence, the 812’s equivalent to the F12tdf.

It makes use of that car’s 6.5-litre V12 engine, but power increases to 817bhp over the 789bhp output of the 812, with the rev limiter increasing to 9,500rpm. Power unit modifications include the redesign of key components such as the valve timing mechanism and a new exhaust system. Ferrari has not yet revealed any performance figures.

The new power output is matched with several important chassis and bodywork modifications, plus the debut of the 7.0 version of the brand’s Slip Slide Control traction control system.

The 812 Superfast Version Speciale introduces independent four wheel steering – a move the brand claims introduces a newfound level of agility and steering responsiveness. Significant weight reduction work has also been carried out through the extended use of carbon-fibre throughout the vehicle.

Design work centres on improving the aerodynamic performance of the 812, paying particular attention to downforce increasing measures. The new model gets a redesigned front end with new air intakes and a wide new chin splitter. There’s also a large carbon-fibre blade now integrated into the bonnet.

However, some of the most striking modifications take place at the rear. There’s a new diffuser arrangement with larger airflow tunnels and a new exhaust configuration, plus a larger lip spoiler. The rear window has also been replaced by an aluminium panel with vortex generators.

Inside it’s a far more familiar environment with the dashboard and door linings of the 812 Superfast carried over. The door panels have been redesigned, and are lighter than before. The 812’s hardcore sibling also receives the H-gate themed gear selector system found on newer Ferrari models.

Now read all the latest on the upcoming Ferrari Purosangue SUV. Let us know your thoughts in the comments below… 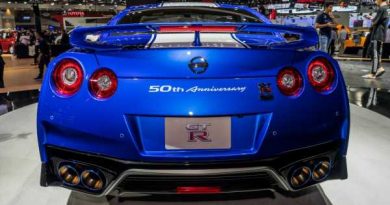 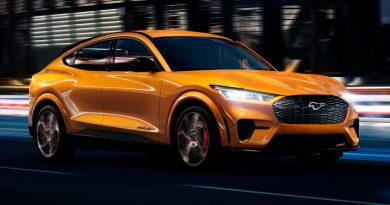