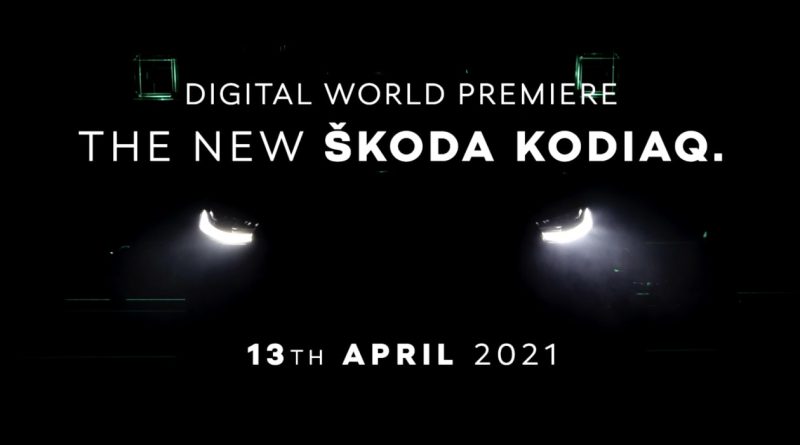 Updated Skoda Kodiaq will get a significant restyle, along with a new performance-focussed vRS model

Skoda will launch a facelifted version of the Kodiaq on 13 April, with this new image and a teaser video providing a glimpse at the company’s planned updates.

It’ll be the most significant round of improvements yet for Skoda’s largest SUV since its launch in 2016, with upgrades focusing on styling and extra technology, with a new vRS flagship model joining the line-up, too.

Skoda’s teaser video confirms that the new Kodiaq will get slimmer LED headlights positioned above a new set of fog lamps, and a redesigned hexagonal radiator grille.

There’ll also be a new intake across the front apron, which runs the width of the bumper, while fresh LED tail lights with the brand’s trademark crystalline lens pattern will feature at the rear.

Skoda hasn’t yet released any concrete information on the Kodiaq’s interior updates, but the firm’s promised “technological enhancements” will likely include some updated driver assistance kit and Skoda’s latest infotainment technology.

We’ve already seen the latter on the fourth-generation Octavia and, while Skoda is unlikely to introduce the hatchback’s cabin design on the Kodiaq, its 10-inch infotainment system will likely make the jump, offering voice and gesture control, plus other applications.

As for engines, the Kodiaq’s current line-up of TSI petrol and TDI diesel units will continue.

Currently, the range opens with a 148bhp turbocharged 1.5-litre four-cylinder petrol engine, above which sits a 187bhp 2.0-litre TSI petrol and two 2.0-litre turbodiesels with 148bhp and 197bhp. The most powerful petrol and both diesels are also available with four-wheel drive.

At the end of last year, Skoda pulled the high-performance Kodiaq vRS from the showrooms due to ever-tightening emissions regulations, but the model is tipped to return as part of the SUV’s mid-life update with a greener powertrain.

Skoda will do away with the pre-facelift car’s 237bhp twin-turbocharged diesel engine and swap it for a petrol unit. A likely candidate is the 242bhp 2.0-litre TSI engine found in the latest Octavia vRS.

Auto Express also understands that there are no plans to fit the facelifted Kodiaq with a plug-in hybrid powertrain. That’s not for lack of choice, though, as Skoda has access to the Volkswagen Group’s 1.4-litre PHEV powertrain, which has also already found its way into the latest Octavia.

A version of the same unit is also available on the Superb, which shares the Kodiaq’s MQB platform, meaning it should be relatively easy for Skoda to introduce the technology at a later date should there be sufficient customer demand.

Once this month’s launch event is out of the way, the updated Skoda Kodiaq is expected to go on sale in the UK this summer, with prices starting from around £27,000.

Now read our review of the Skoda Kodiaq vRS… 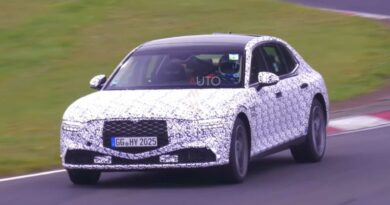 Genesis G90 Spied On Video Looking Stately At The Nurburgring 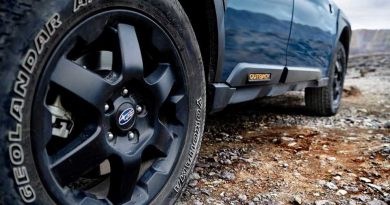 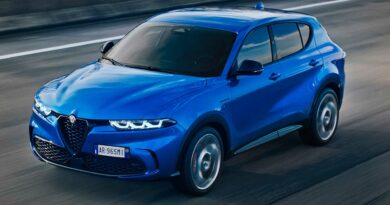