This hub will initially feature 38 fast- and ultra-rapid chargers at a single site, with up to 10 megawatts of power offered. This will be scaled up to meet demand for EV charging in the area for the next 30 years, and this will be the first of 40 similar facilities that have been planned for the UK to support the estimated 36 million electric vehicles in the country by 2040, according to Energy Superhub Oxford.

The Redbridge Park and Ride charging site is unique among UK facilities as it draws power directly from the high voltage national electricity grid, which enables the high output required to charge hundreds of EVs quickly at the same time, without straining the local electricity network or requiring costly upgrades, according to ESO.

Fastned will initially install 10 chargers rated at 300 kW, each capable of providing an EV with 300 miles (480 km) of range from just 20 minutes of charging. These stations will be powered by 100% renewable energy, says ESO, and this is partly from solar energy, and the firm adds that “all makes and models will be able to charge at the highest rates possible simultaneously.”

Energy Superhub Oxford is due to open in the fourth quarter of this year, which comes as Oxford is set to become the United Kingdom’s first Zero Emission Zone in August. These zones will see vehicles be charged based on their emissions, and EVs will be able to operate in the zone free of charge, says the ESO.

“Our goal is to help the UK accelerate net zero [emissions] by delivering power where it is needed to support the EV and renewable energy revolution. Oxford is one of 40 sites we are developing across the UK, combining up to 2 GW of battery storage with high-volume power connections for mass EV charging,” said Pivot Power CEO Matt Allen.

The GBP41 million (RM240 million) project will integrate EV charging, battery storage, low carbon heating and smart energy management technologies to help Oxford become a zero-carbon locality by 2040 or earlier, says ESO. The facility will save 10,000 tonnes in CO2 emissions every year once it is operational later this year, which will be equivalent to getting 2,000 cars off the roads; the reduction is set to increase to 25,000 tonnes by 2032, it said. 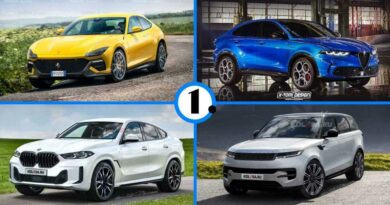 Best Renderings For The Week Of February 14 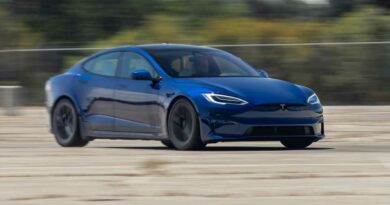