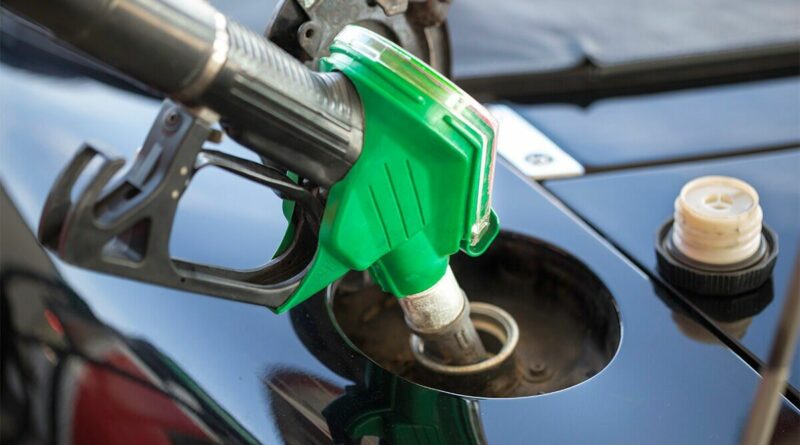 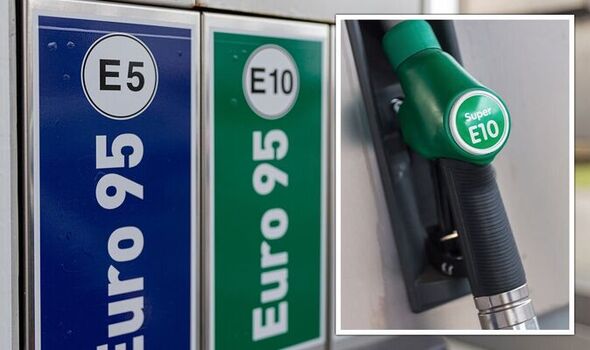 Dorry Potter, an expert at National Scrap Car, warned that despite E10 being more eco-friendly that E5, many drivers are opting for the latter as new fuel efficiency issues emerge. The expert added that during the cost of living crisis, drivers’ main priority is saving money.

Ms Potter told Express.co.uk: “During this cost of living crisis it is not surprising that motorists may want to be a little selfish when it comes to their preference of fuel.

“E10 is of course better for the environment, this being the main catalyst for it being introduced as the default fuel at pumps across the UK, helping us move closer to being a more eco-friendly country.

“However, it is no secret that E10 offers less miles per gallon to drivers, meaning that motorists have to fill up more than they did with E5, meaning higher costs.”

The expert added: “With the wallets of many Brits being squeezed by rising inflation, energy costs and stagnant wages, drivers cannot be blamed for putting their well-being ahead of the environment during these difficult times.

“There is also the added point that not all vehicles are E10 compatible, so some drivers may not want to risk it if they are not certain, there is a E10 compatibility checker on the government website for those wishing to check.”

Ms Potter also previously urged drivers to be careful when opting for E10 petrol as some vehicles might not be compatible with the fuel.

Accidentally filling up the car with the wrong fuel type can result in substantial damage and huge repair costs.

The RAC estimates that there are around 600,000 older vehicles and classic cars that should not use E10 and instead continue to use E5 petrol.

And, with around 150,000 motorists putting the wrong fuel into their cars every year, a motoring expert has issued two serious warnings.

“Ethanol is made during the fermentation process of some crops such as sugarcane and grain, this means it is a more sustainable fuel as it is coming from a renewable source.

“This greener fuel is also estimated to reduce CO2 emissions by 750,000 tonnes per year, which is the equivalent of taking up to 350,000 cars off the road.”

Ms Potter added: “There are two issues with this fuel though. The first is that not all cars are compatible with it meaning that if someone was to absentmindedly put this fuel in a non-compatible car it is likely to cause damage.

“The Government has a tool on their website which helps motorists check whether their car is able to have E10.

“Secondly, E10 is less efficient for motorists, due to the higher ethanol content drivers will get fewer miles per gallon than with E5, meaning more trips to the pumps and more money coming out of wallets.

“Not something anyone needs with fuel prices still being high and the cost of living crisis.”

Many drivers also claim that their vehicles are “running rough” and “wouldn’t start” after using E10.

One road user said their vehicle “stalls easily” and even “struggled to reach 60mph” since they started using the new petrol.

Another motorist claimed they were “returning to E5” after using the new compound while a third also said they were going to “pay out for the better stuff” at their next top-up.

An Express reader claimed: “I bought an ’08 Ford Focus for my son a while ago, for when he passes his test.

“It’s usually used a couple of times a week just to keep it running, and has never had any problems starting.

“Two weeks ago, after putting E10 in, it was left standing for a week during wet weather. When I came to use it again it wouldn’t start. It sounded like there was no fuel in it.

“Mindful of the stories about E10, I put in a gallon of E5 from a can, and it started first time.” 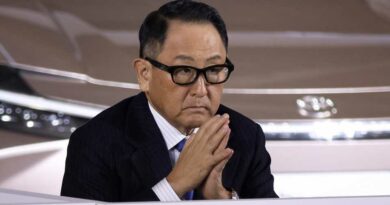 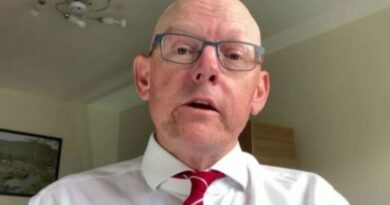 Cyclist with a camera has shopped almost 1,000 drivers to police – ‘it’s worth doing more’