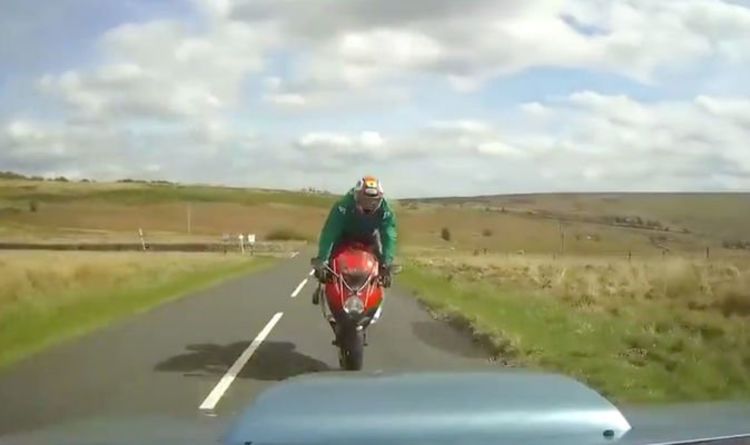 Dashcam footage taken from the car shows the Subaru driver carrying too much speed into the tight left-hand corner on the Mortimer Road in Sheffield. Coming out of the apex, the car drifts wide onto the wrong lane just as a motorbike comes into shot.

The motorcyclist is seen hitting the brake but the incident cannot be stopped as the car slams into the bike and catapults its rider into the air.

Footage from the car directly behind shows the 35-year-old motorcycle victim landing in the middle of the road just metres from the bend.

The victim suffered a broken back, sternum and wrist and the crash left his Suzuki K7 bike destroyed.

South Yorkshire Police have released the footage to raise awareness of the safety benefits of wearing protective clothing. 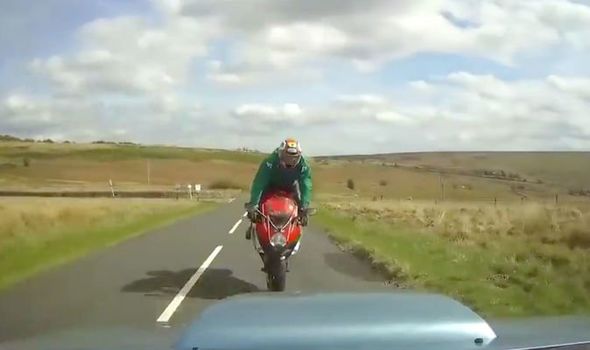 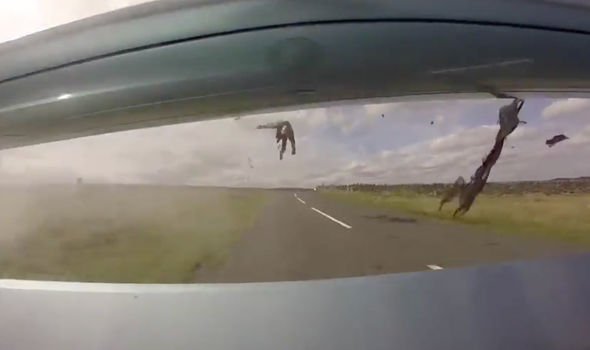 The victim has credited his motorcycle suit as saving his life after the advanced safety features cushioned his fall on landing.

PC Phil Carson said: “In an ideal world, everyone would drive with care 100% of the time, but sadly this isn’t the case.

“The offending driver had no previous driving points or convictions, but on this occasion, he demonstrated an exceptional lack of judgement.

“Thankfully, the motorcyclist was wearing a full leather, airbag suit which activated and inflated as he was propelled off his bike. Without it, in a collision at this speed, he would most likely have died.”

The offender was 41-year-old Florian Pratt who was jailed for 16 months at Sheffield Crown Court.

Pratt admitted to causing serious injury by dangerous driving and was also handed a three-year driving ban for his actions.

Passing sentence, Judge David Dixon said: “Anyone in control of a high-powered sports type car needs to be aware of the vehicle’s capability and their own capability.

“You failed to take any account of the bend that led to this incident. The message must go out loud and clear. If you drive any vehicle you must drive with care.”

Since being released on social media the clip has been viewed and re-tweeted hundreds of times with concerned road users making their horror clear.

However, many said it should not only be down to the rider to wear even more protective clothing to avoid dangerous incidents.

One user said: “Please explain what protective kit the motorcyclist could wear to stop the car driver speeding and crossing onto the wrong side of the road?”

Another added: “I’m sorry but the best protection in the world is not going to prevent an incident like this OR reduce the consequences.” 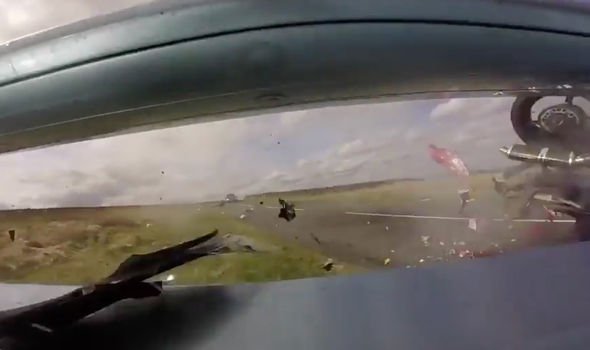 Data from The Royal Society for the Prevention of Accidents (RoSPA) reveals 22 percent of motorcyclists killed or seriously injured were involved in single-vehicle accidents.

In over nine percent of these accidents, the motorcyclist was travelling on a bend.

According to Brake, bikers who do not wear helmets have a 40 percent higher chance of a fatal injury and a 15 percent risk of developing life-changing injuries such as brain damage.

PC Carson added: We often see motorcycle riders wearing shorts and trainers, and they think it’s OK because they have a helmet on – it’s not. You might be travelling in a safe manner, but that doesn’t mean everyone else is.

“Please make sure that you’re wearing the right kit, it might be expensive but without it, your life could be at risk.”

Motorcyclists are urged to make sure they wear protective clothing at all times including flexible gloves and biker boots.

Good quality motorcycle jackets will include body armour across vital areas such as the back, shoulders and knees. 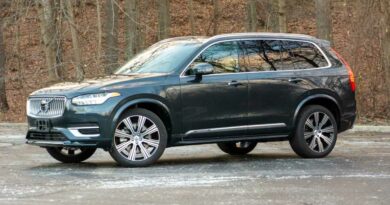 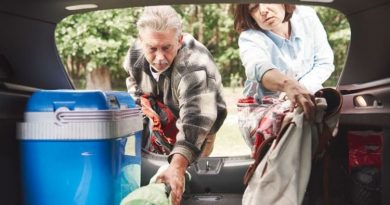 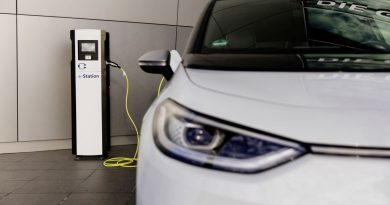 Volkswagen is expanding its charging infrastructure in Germany – 750 new charging points for next year – paultan.org