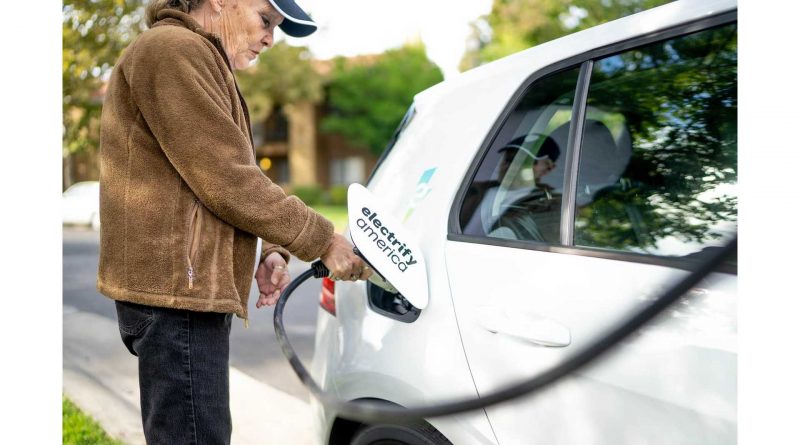 Now that Electrify America has begun its transition from time-based to energy-based billing, we need to take a look at what that means for the customer, or, what it means for their wallet.

Ever since the State of California announced legislation that would force EV charging networks to charge by the amount of energy they deliver to the car, and not by how long the car used the station, Electrify America’s transition to a pay-by-kWh pricing scheme was inevitable. While we generally prefer this billing method over a time-based scheme, it doesn’t necessarily mean it’s going to save EV owners money.

While billing by the amount of energy dispensed won’t guarantee you’ll pay less, it does guarantee you’ll be billed more fairly. If your Nissan LEAF takes in 50 kWh of electricity and someone parked next to you at the station with a Porsche Taycan also accepts 50 kWh, you’ll both be billed the same amount. That’s not how it works with time-based billing.

Since the Taycan can charge at rates more than five times as fast as a LEAF on an Electrify America charger, and even though the Taycan is in the top billing tier (over 125 kW) the cost for the 50 kWh is going to be much less than the LEAF owner pays. What makes it even worse is that the higher-priced EVs can usually charge faster, and thus end up paying less for the energy. So people that buy lower-priced EVs have to pay more to charge them, and that’s just not fair.

The question then becomes, what’s a fair price for a kWh? Electrify America seems to think that’s $0.31, the cost per kWh for its Pass Plus members. The average cost for residential electricity in the US is about $0.13 per kWh, but it does vary greatly from region to region. However, the cost per kWh doesn’t tell the whole story, so don’t rush to say $0.31 per kWh is price gouging.

DC fast charge sites cost a lot of money to install, and a typical Electrify America site of 4-6 chargers probably costs about $250,000. There are also ongoing costs like insurance and site maintenance, and there might even be land lease payments for some sites. But the biggest expense of all might be the monthly demand charges.

Utilities charge their commercial customer demand fees based on the highest kW draw the account has at any given moment of the month. So for instance, if four Porsche Taycans pull up to a station and all plug in at once that site can be drawing up to 1,080 kW. Demand charges vary from utility to utility but can cost as much as $40 per kWh in some areas, according to Electrify America CEO, Giovanni Palazzo.

A Kia Niro EV charging up on an Electrify America charger

So the site where the Taycans charged at would then have to pay over $43,000 in demand fees – just for that month. The fact is, it’s actually impossible to break even with DC fast charging today, let alone be profitable. The utilization rates are too low and demand fees are too high. So am I saying the DC fast charge industry is doomed? No, not at all.

On-site energy storage can “shave the head” off of the demand curve and drastically reduce demand charges. Electrify America has partnered with Tesla to install Powerpacks at 100 Electrify America sites, and have already completed 60 of those installations. The Powerpacks will be slowly charged from the grid and will feed energy to the chargers when needed. The goal is to decrease the amount of energy taken from the grid at any one given time. But that’s just a start, and charger utilization is going to dramatically increase over the next decade.

Electrify America’s previous time-based billing had three price tiers that were dependant on the maximum charge rate the car could accept. It’s important to note that the car didn’t have to accept that maximum amount of energy, it just had to be capable of accepting it. That caused billing issues for Hyundai Kona and Kia Niro owners because their cars were technically capable of accepting 77 kW, so they were placed in the middle pricing tier.

However, the vehicles never really accepted over 75 kW, so they should have been in the lower pricing tier. We fielded many emails and comments from frustrated owners, and there were plenty of discussions on this in our forums. Electrify America did recently rectify the issue and created the Hyundai Select and Kia Select plans, specifically designed to alleviate this problem.

Comparing the old vs. the new pricing

With Electrify America Pass Plus membership, customers in the 23 states plus the District of Columbia where kWh-based pricing has begun will now pay $0.31 per kWh. For those without the Pass Plus monthly subscription (which costs $4/month) the cost jumps up to $0.43 per kWh. If you use the network at least once per month, it’s likely less expensive to subscribe to Pass Plus and pay the $4.00 monthly fee since the break-even point is only 33 kWh dispensed.

In the remaining states that haven’t transitioned to kWh-based pricing, Electrify America has reduced the number of pricing tiers from three to two, and reduced the cost per-minute for charging. They also eliminated the $1.00 session fee for Pass members.

Electrify America plans to eventually transition to kWh-based pricing in every state that allows it. There are some states that don’t allow any entity but utilities to charge for electricity, so they may take some time to change. Currently, Electrify America has switched to the kWh-based scheme in most of the states that allow it and will continue to add more states as time goes on.

Electrify America’s new pricing by time:  (the same price in every state)

As you can see, the new pricing is much simpler, with only two tiers and the same price in every state. The pricing is also much less expensive, especially for the vehicles in the top pricing tier.

In order to compare pricing, I took a look at two recent charging tests I did on the Electrify America network. I have an Electrify America Pass Plus subscription, so these figures are based on having a Pass Plus account. Back in May, I charged a 2020 Chevrolet Bolt EV from 4% to 80% and recorded it. I charged for 69 minutes, the car accepted 51 kWh and I was billed $12.42. That comes out to about $.24 per kWh. If the new $.31/kWh pricing was in effect, I would have paid $15.81, that’s $3.39 more.

Then, in June, I charged a 2020 Hyundai Kona from zero to 80% on the same Electrify America station. I charged for 52 minutes and accepted 55.7 kWh. However, I was billed $26.00 because of the problem the Kona had with the pricing tier, as mentioned above. If I had signed up for the Hyundai Select plan (I couldn’t because I wasn’t the registered owner) I would have paid $18.20 and saved $7.80 or about $.33 per kWh. Under the new pricing scheme, that session would have cost me $17.27, $0.93 less than what the Hyundai Select plan would have cost.

So one charging session cost more and one cost less under the new pay-by-kWh pricing. But it was fair. Under the previous billing method, the Kona owner would pay about 35% more per kWh ($.33/kWh compared to $.24/kWh). But that’s not always going to be the case. How much you pay per kWh was highly dependant on the state of charge the vehicle was at when you plugged in and also when you unplug. Since the charging rate isn’t consistent and slows down dramatically as the battery is more than 75% charged, the beginning and ending SOC used to determine how much you paid per kWh.

It was also dependant on the battery temperature and also if the charging station was working properly. So every time you charged, you could be billed a different rate per kWh. That won’t happen under the new pricing. You’ll pay the same amount every time. It might be more than you paid in the past, it may be less, but it will be consistent, and fairer, in our opinion.

If you’re wondering how Electrify America’s pricing compares to Tesla’s cost for Supercharging, it’s actually pretty close. Tesla charges an average of $.28 per kWh for Supercharging. Therefore, a Tesla Model 3 would cost about $2.00 more to fully charge on an Electrify America station than it would on a Supercharger. It would also take a lot longer because it would be stuck charging at 50 kW with a CHAdeMO adapter. Hopefully, Tesla will offer a CCS 1 adapter for the US as they do for the CCS 2 connector used in Europe.

We hope that helps to better explain what Electrify America’s new pricing will mean for you. Please let us know your thoughts on the new pricing in the comment section below. 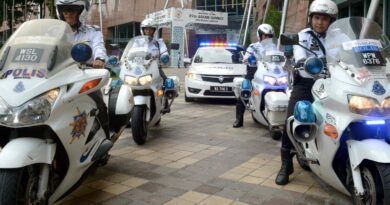 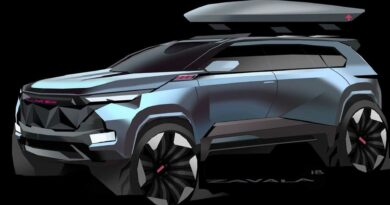 GMC Releases Sketch Of Overlanding SUV That Never Was 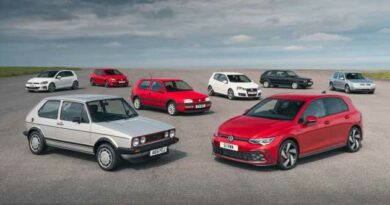