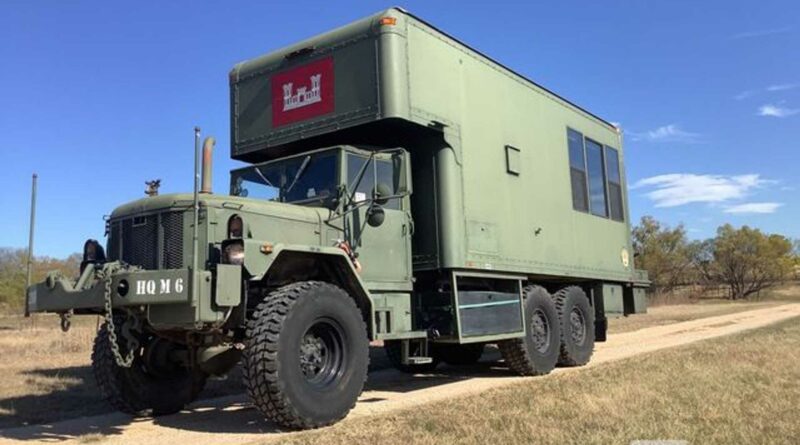 Here is a wild, yet impressive motorhome build that takes an AM General M36A3 military truck and overhauls the interior of the rear section to look like a log cabin.

M36A3 is a military transport truck. This one packs a Caterpillar 3116 six-cylinder turbo-diesel engine that runs through an Allison four-speed automatic transmission. The original 50-gallon fuel tank is still in place, and this rig also has an extra 50-gallon tank. According to the auction listing, a 700-mile driving range is possible depending on how loaded with gear the vehicle is.

In contrast to the military-looking exterior, the interior seems straight out of a cabin deep in the forest. The listing notes that the floors are mahogany, and the walls and ceiling are knotty cypress. There are also Baltic birch and Canadian fir touches.

When you walk in the door, there’s a living area with a kitchenette to your left. The space includes a microwave and refrigerator. At the back, there are two bunk beds. In an odd layout decision, the toilet is right next to where you sleep with no form of separation, so this isn’t a vehicle for someone who is shy.

There’s a separate shower, and it has a propane water heater. A 100-gallon fresh-water tank provides plenty of liquid for keeping clean or cooking.

The cab for the driver has an air conditioner mounted against the rear wall. Seats from over-the-road truck replace the original military-spec chairs. There’s insulation on the floor and carpet over it.

The exterior of the truck has a rear deck that measures three feet by eight feet that would be a nice place to sit and look at nature while camping. For carrying gear, there are four large toolboxes along the rear frame rail.

The site Govplanet will auction this truck on January 26. The bidding will start at $40,000. 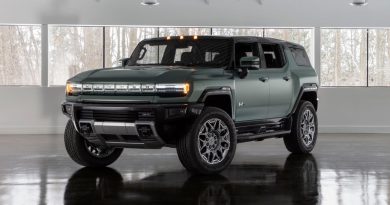 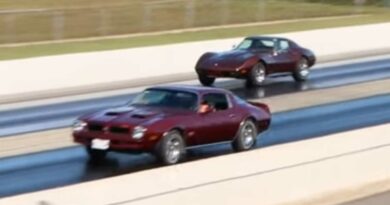