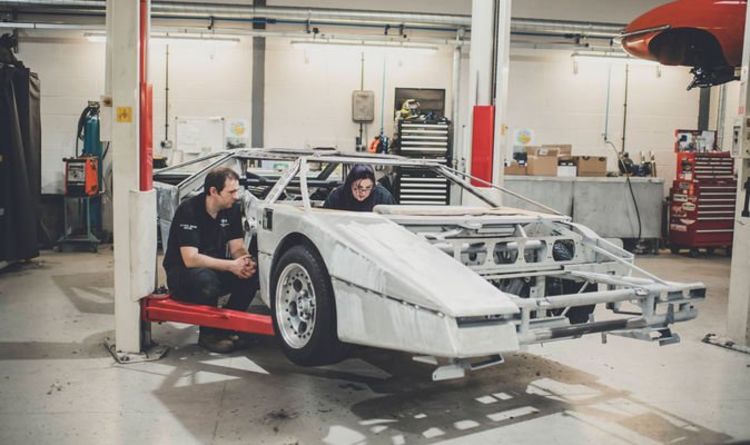 The work should see the car reach its intended top speed of 200mph, something the car failed to manage when it was originally built. However, the car disappeared from view after failing to claim the production car speed record.

Aston Martin had claimed the car was capable of 237mph but was only able to record a speed of 192mph on a test run.

Experts at Classic Motor Cars picked up the project and are around the halfway stage of their extensive rebuild.

He said: “The Bulldog became something of a mythical beast, lots of people knew about it and wondered where it was after it was sold by Aston Martin to an owner in the Middle East. It then disappeared from general view.” 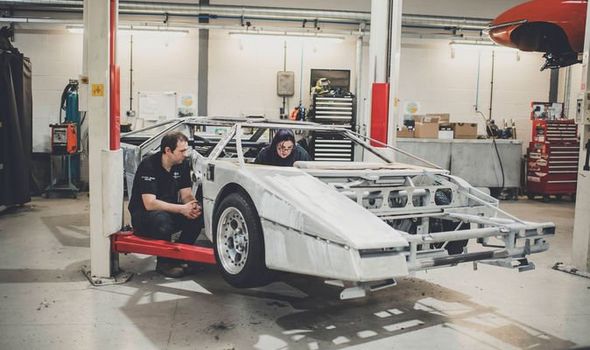 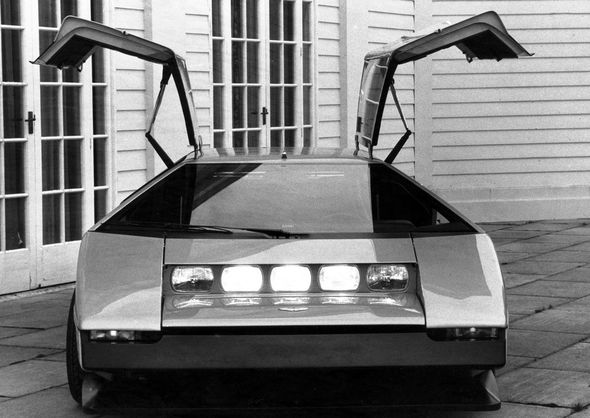 “There were sightings all over the world, In the late 1980’s it was spotted in a lock-up in Arizona, it was back in the Middle East in the 1990’s but it was RM Sotheby’s who tracked it down in Asia.”

He added: “With top restoration company, CMC being chosen to carry out the 18 months plus restoration and get the car ready for its 200-mph run, the Bulldog was coming home.

“The car had come full circle not only geographically but in terms of its history.

“While the physical restoration has been going on at CMC, a huge amount of work continues to be done forensically piecing together the full history of where the car has been.”

The model has made a few appearances over the years, popping up at the 2009 Goodwood Festival of Speed and Aston Martin’s 100th anniversary at Kensington Park in 2013.

However, the car was in need of a major redesign with CMC admitting to having “dismantled” the car and even removing some later additions and modifications.

Nigel Woodward, Managing Director of CMC said the work would help return the car to its “former glory”.

He said: “Bulldog has been with us for nearly a year and in that time, we have carefully dismantled the car, meticulously recording every detail of its construction.

“We have peeled back some of the later additions and modifications that had been carried out to the car after it left Aston Martin, and the process is now well underway to return the car to its former glory.”

There were plans to build between 15 and 25 Bulldogs but the scheme was scrapped in cost-cutting measures.

Only one Bulldog remains after Aston Martin sold the car to a middle eastern collector for around £130,000.

The model was found in a storage unit in the Far East before being returned home for extensive repairs. 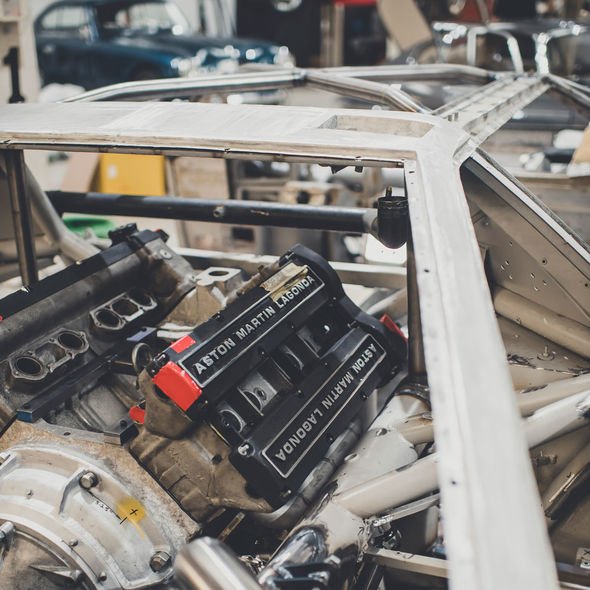 RM Sotheby’s car specialist Alexander Weaver said: “Our team of Car Specialists is always on the hunt for unique, elusive or obscure cars on behalf of our clients and the Aston Martin Bulldog fit that bill perfectly.

“We found this one-of-a-kind concept within an exceptional collection where it had quietly resided for decades.

“As one would expect we were keen to facilitate its sale knowing the interest in it would be strong.”

He added: “After extensive discussions and negotiations, the owner agreed to part with the long-hidden Bulldog and we were able to facilitate a sale to our client and friend Phillip Sarofim, through our Private Sales division.

“We are certainly excited to see the car undergo the restoration to its former glory and I’m personally eager to see the Bulldog crack 200mph, as it was intended and came so close.” 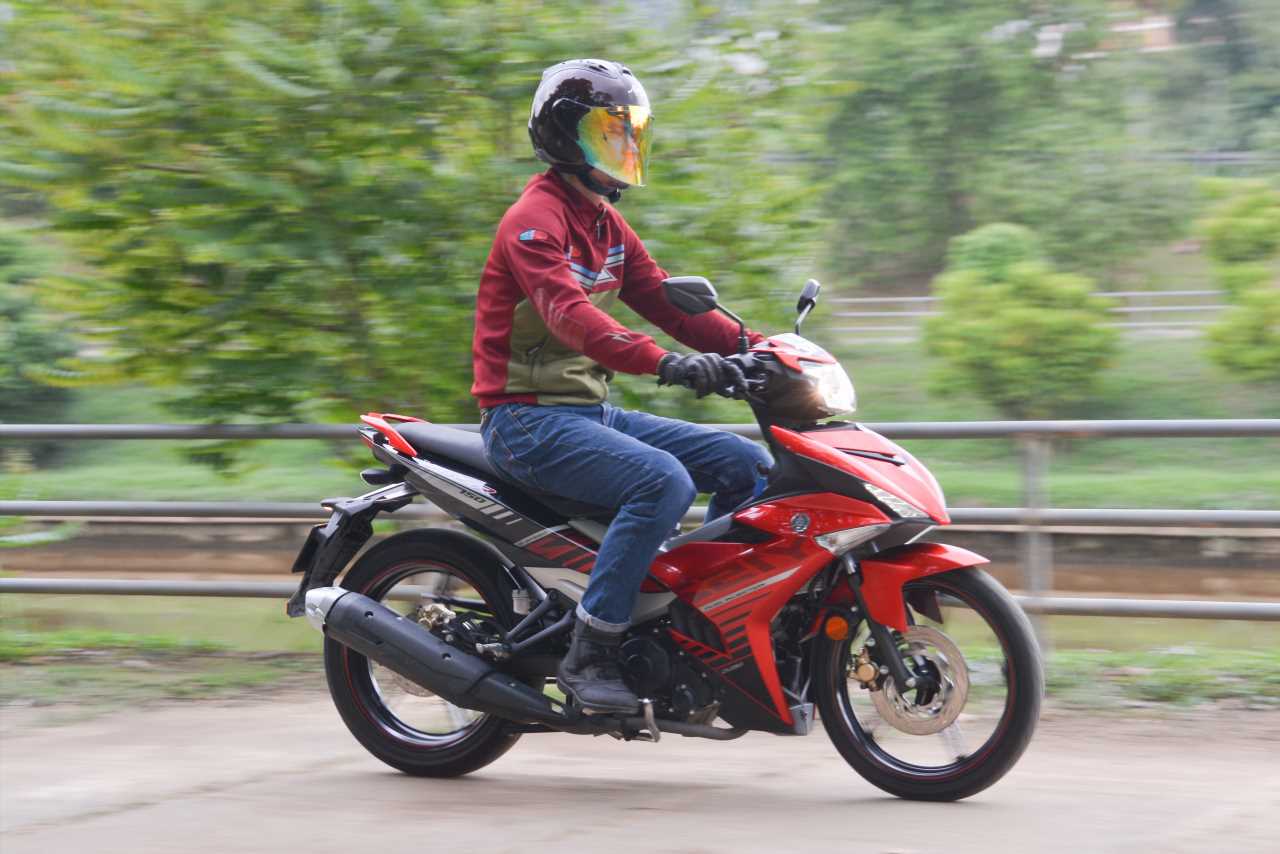 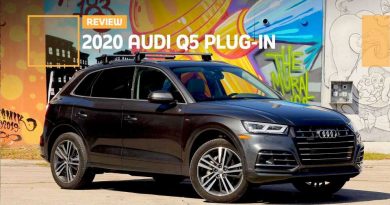 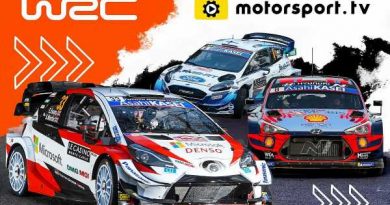