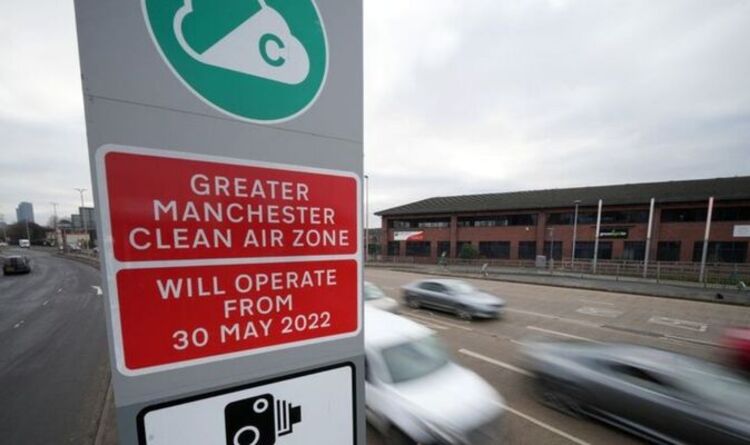 More than 1,000 signs around Manchester informing drivers of the forthcoming Clean Air Zone (CAZ) will now have to be covered over with stickers after the controversial scheme was delayed. The signs display the original date of May 30, 2022, but now stickers saying ‘Under Review’ will be placed over them.

The cost of the 1,194 stickers is likely to be paid by the taxpayer.

The Government agreed to move the deadline it set for Greater Manchester to lower air pollution below legal limits by two years to 2026.

That meant the Clean Air Zone which has caused outrage among drivers and tradespeople no longer has to come in as soon as planned.

Greater Manchester council leaders will now work to design a ‘substantially different’ scheme which could come into force as soon as July.

The first phase of the CAZ would have seen buses, HGVs and coaches being charged £60 per day to travel into the area.

Taxis, private hire vehicles, minibuses and vans would have been charged £10 per day from June 1, 2023, with a temporary exemption for most Greater Manchester-licensed vehicles.

The climbdown came after representatives from Greater Manchester’s 10 councils have issued a letter to the Environment Secretary George Eustice requesting he pause the second phase of funding.

They called on the Government to conduct a fundamental review into the issues with the supply chain and how that has slowed plans to introduce more compliant vehicles.

With global supply chain issues and a continuing shortage of semiconductors, it has been more difficult for CAZ-compliant vehicles to be shipped to the UK.

This has also seen the price of used vehicles increase massively, making them unattainable for many drivers.

Chris Green, Conservative MP for Bolton West, slammed the planned rollout of the Clean Air Zone, saying it would be the “last straw for businesses which survived the pandemic”.

He said: “Back in 2008, the Congestion Charge was seen as an unwelcome tax that would disproportionately hit the poor and small businesses and every borough in Greater Manchester overwhelmingly rejected it in a referendum.”

“Greater Manchester’s 10 local authorities now have until July 1, 2022 to work with Government to develop a new plan.

“All costs associated with the new plan, including the essential requirement to update existing signage, will continue to be funded by Government.”

A Greater Manchester Air Quality Administration Committee decided to use 422 Automatic Number Plate Recognition (ANPR) cameras which have already been installed as part of the scrapped scheme to gather ‘real time’ data on road usage to inform the ongoing review.

Trafford council leader Andrew Western, who chaired the meeting, said that private vehicles will never be charged as part of any future CAZ scheme.

He said: “There is not and will not be a proposal to charge for private vehicles.

We are collecting the data because it is helpful for us to understand the impact that any material change to the vehicle fleet – including vehicles that are out of scope as private vehicles are – will have on our ability to achieve overall compliance in any revised scheme that will come forward.”

A raft of CAZs have been announced all over the UK this year, with Oxford’s “Zero emissions Zone” launching this week. 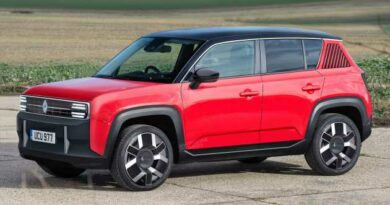 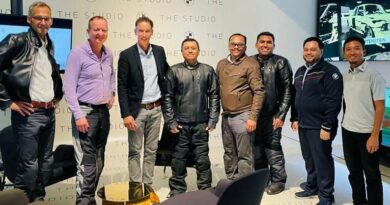 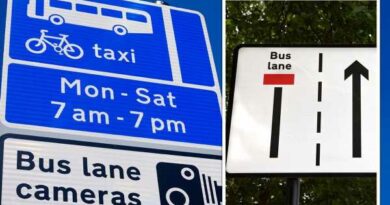