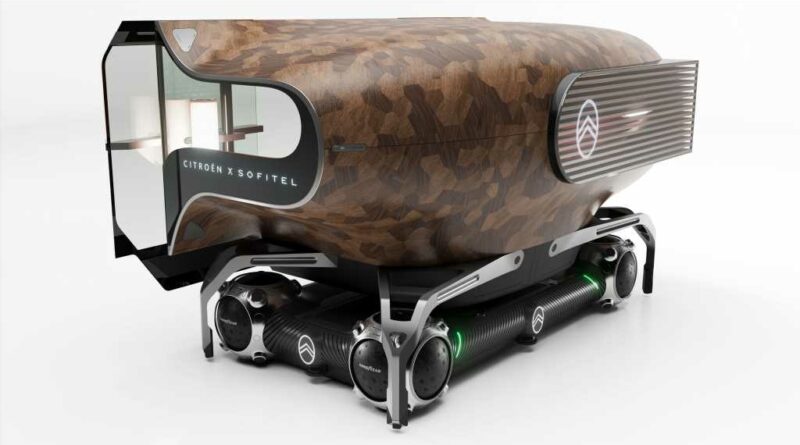 The promise of a so-called skateboard platform is that any vehicle body you’d like can be attached to the top. This flexibility and creative freedom must be intoxicating to an automotive designer with a brief to dream up a vehicle that “restores the magic of urban travel for everyone.” Let’s say the designer works at Citroën, a company with a proud history and a sense of whimsy. Just look at its production urban runabout, the Ami electric vehicle. Whatever you might think of it, it’s no soul-less microcar. It has some character.

And so do Citroën’s Urban Collëctif creations, the fruit of a partnership between the French brand and a pair of large French corporations: the Accor hotel conglomerate and JCDecaux, a massive worldwide outdoor advertiser. In America, a partnership like this would produce a Carhartt-branded heavy-duty pickup truck. In France, this trio has produced a series of positively bizarre pods. One is a rolling billboard topped with houseplants. Another has a rowing machine inside.

Scoff, laugh, assure yourself that none of these will ever actually turn a spherical wheel down the Avenue de la Grande Armée, but wouldn’t it be sort of interesting to roll around Paris while having a workout? Relax in a futuristic red lounge as it drives itself around, listening (probably) to atmospheric electronic jazz? However unlikely these pods might be, they are not boring.

Nor is the fanciful autonomous chassis underneath that Citroën calls the Skate, which is, it should be said, an idea rather than a reality. Its omnidirectional wheels come courtesy of Goodyear, dubbed the Eagle 360. It features wireless induction charging and a suite of sensors to enable full autonomy. The idea is that while most cars remain parked the vast majority of the time, these Skates could roam a city, traveling to where demand is, picking up a pod, and then a passenger. A drone swarm of reconfigurable transportation.

Citroën’s angle here is the ability to produce a universal transportation infrastructure, and then provide the ability to utilize it (build a pod to go on top of it, the ability to summon a Skate for some purpose) as an open-source service. Buy or rent a pod, sure, but you’re essentially renting a Skate.

It’s an interesting, fun, and also unlikely model for our transportation future, at least in the near term. But as autonomy matures, and electric batteries miniaturize and get cheaper, Citroën’s Skate-pod system might look prescient. 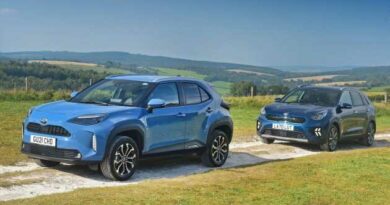 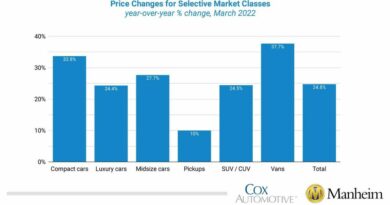