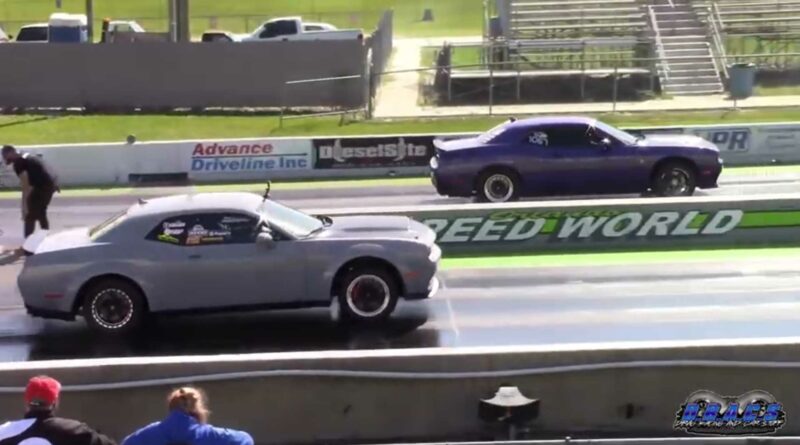 The Dodge Challenger SRT Demon took drag strips by storm when it debuted for the 2018 model year. The 2020 Challenger SRT Super Stock isn’t a Demon, but its 807-horsepower Hellcat V8 and factory drag slicks make it a factory-ready machine for blitzing the quarter-mile. We don’t see them very often, so catching one in its natural habitat is rather refreshing.

Moreover, this could give us something of a preview for the limited-run Dodge Challenger Black Ghost that recently debuted. Part of Dodge’s Last Call series for the Challenger and Charger, it features the same supercharged 807-hp mill but lacks the sticky drag radials. With grip, making a 10-second quarter-mile pass shouldn’t be an issue in stock trim. We aren’t sure if the Challenger Super Stock in this video is, well, stock. But it’s wearing a Demon hood and it has absolutely no problem ripping through the 10s… and then some.

The video clip comes from the Drag Racing and Car Stuff YouTube channel, with the action taking place at Orlando Speed World dragway. The first race for the Super Stock is a Camaro ZL1 that we suspect isn’t modified, as it runs a 12.69 at 112 mph. Meanwhile, the Challenger goes 10.02 right off the bat, clocking 136 mph in the process.

Ordinarily, we’d discuss these races in order but we’re going to jump ahead in the Super Stock’s showdown to a pair of Hellcats. The first is a Plum Crazy Challenger, and it could be the best race of the entire event. The Super Stock driver is left for dead at the launch, and it appears the purple Challenger is driving for the win. But the Super Stock sneaks by at the very end with a 9.81-second pass.

A black Charger Hellcat is next, and it’s also a very close race but again, the Super Stock wins. It’s a battle won on the first half of the track, too, because the Charger reached 145 mph in the quarter mile to 139 mph for the Challenger. However, the Super Stock made the run in 9.8 seconds versus 10.1 for the Hellcat sedan.

Now for the race we skipped. Amid all this V8 rumble comes the heroic buzzing of a turbocharged four-cylinder, driving the front wheels of a Dodge Neon. Yes, it’s an SRT-4, and no, it’s not stock. We won’t tell you which car wins this battle, but we’ll say this much. At the end of the quarter mile, this little Neon is going 143 mph. Win or lose, that’s seriously impressive. 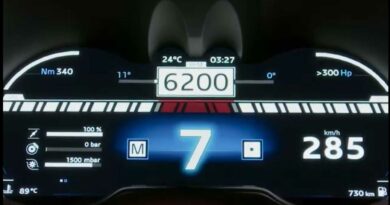 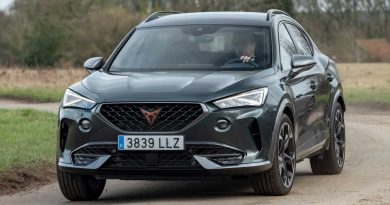