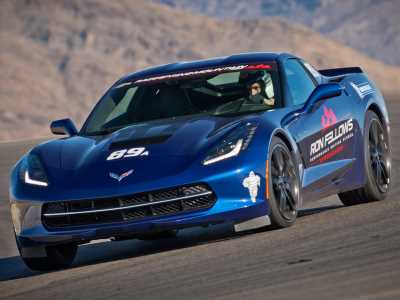 (Editor’s note: Doug Boles, president of the Indianapolis Motor Speedway, and his 16-year-old son Carter took on the Ron Fellows Performance Driving School located at Spring Mountain Motorsports Ranch, less than an hour west of Las Vegas. Doug and Carter offered to share their experience with Autoweek readers, and we took them up on it. Here is Carter’s story.)

“Don’t forget, when in doubt, go 5 mph below the speed limit,” my driver’s ed instructor says as we enter a small town with me behind the wheel of a 2003 Dodge Avenger driver’s education car. It’s the car that says “Student Driver” so everyone knows!

I heed his advice as I drive along, thinking to myself that in just a few hours, my dad and I will be on our way to the Ron Fellows Performance Driving School in Nevada.

When I completed my driving lesson back home, we hopped a plane to Las Vegas and made a quick stop to see my brother, Conor Daly, run the SKUSA Super Nationals in the parking lot of the Rio Hotel and Casino in Las Vegas. Even former Formula 1 driver Rubens Barrichello was there trying his hand against the best karters in the world!

Once Conor’s race ended, we embarked on the hour-and-a-half drive to the Spring Mountain racetrack.

We arrived a little after hours, checked in at the front gate and got the key to our condo inside the track. We woke up the next morning to a beautiful skyline of mountains and the sound and sight of what seemed like hundreds of Stingrays, Grand Sports and ZR1s sitting idly around the property warming their engines. They were everywhere!

Carter Boles, age 16 and fresh from a driving lesson back home, looks over possible rides at the Ron Fellows Performance Driving School.

Dad and I made our way to the main clubhouse where we had a surprisingly stout breakfast before heading to the classroom. I was looking forward to the driving but was a little uncertain about the term “classroom.” But from the initial introduction to the school and what we would be learning, the instructors at Spring Mountain made the classroom fun and relevant to everyday driving.

After the initial classroom session, we took a stroll outside to choose the Corvette we’d have the thrill of driving for the two days. After it caught my eye, I choose the first Corvette in line. It was beautifully colored in a brilliant navy blue (Admiral blue metallic is what Chevy calls it) with jet-black wheels. No. 89A. No “Student Driver” decals!

The format for the Ron Fellows two-day driving school is a rotation between classroom and in-car sessions. We started the driving exercises with a bit of practice in the cone courses, as well as car control practice under heavy braking in dry and wet conditions.

After lunch at the clubhouse, we made our way out to a session in car control on the wet figure-eight pad and a final session of faster, more aggressive cone course driving. Finally, it was time the first track session of the day! The session was a few laps of what the track sessions would look like on our second day. After the session concluded, so did day one.

We headed back to the clubhouse for dinner and walked past dozens and dozens of Corvettes and Cadillacs. There was still daylight. I wondered why we couldn’t just skip dinner and drive more!

The next morning I woke up excited, but also thinking it was unfortunate it was the last day. However, it was an all-on-track day, and the classroom sessions were focused on the elements of proper cornering and driving the course! During the first track session of the day, we were finally able to apply what we had learned in the first day’s exercises to the 2018 Corvette Stingrays on the 2.1-mile, 10-turn portion of the Spring Mountain circuit. We were divided into groups in a lead-follow scenario with the instructors leading at your pace.

As the day progressed, our lap times became increasingly quicker due to the familiarity with the track and the help of our instructors radioing to us through our car radio throughout the sessions. After the final session of the day, we had a graduation ceremony to end the two-day school.

It was disappointing that it was over and that we had to say goodbye to the amazing machines, especially 89A, we had driven for the past two days at this fast and flowing road course tucked away in the mountains.

For a kid like me who absolutely loves cars, especially GM cars, it was one of the coolest things I’ve ever done, and I feel like it will benefit me in many real life situations. But first, I had to get back to those final two hours of Indiana-required instruction time!

Carter Boles will tell anyone who asks, yes, this beat his driver’s ed car back home. 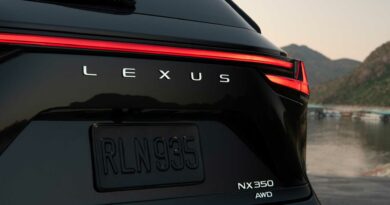 Rear Lexus Logo Will Be Replaced By Lettering In Future Models 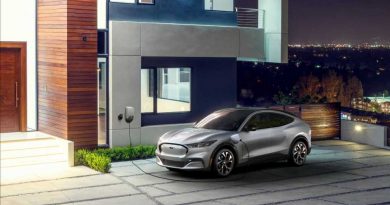 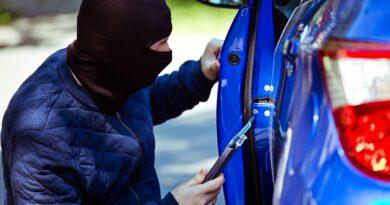