Home » Car Reviews » Can You Flat Tow EVs to Recharge Them? Yes, but There Are Risks 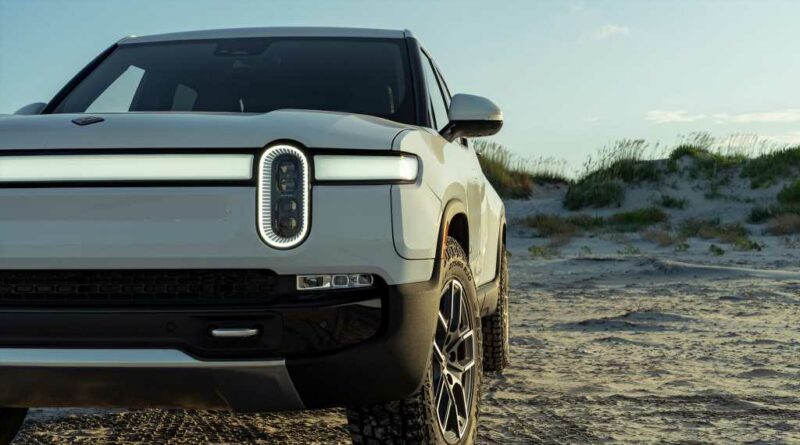 Can you flat tow an electric vehicle to recharge it? We recently put this question to electric-vehicle makers Rivian, Ford, and Lucid and got some interesting answers. Flat towing an electric vehicle (or pushing it) is no different than coasting it down a hill, as far as the EV’s electronics are concerned. So the short answer to the question, “Can you flat tow an EV to recharge it?” is yes, you can. But there are some crucial asterisks.

First, the battery must still contain enough electrons to be fully “awake,” so it can shift into Drive—an electric car in neutral won’t regenerate electricity, whether it’s being flat towed or rolled down a hill. Second, you’ll likely need a powerful tow vehicle. Most battery-electric vehicles are relatively heavy, and they feel like their parking brake is on when they regenerate energy. This leads to asterisk number three: You’d better have robust brakes on both the tow vehicle and the towed EV, not to mention a strong tow strap.

What Mode Should the EV Be In?

This will depend on your situation. If the EV is near or above the power and weight of the towing vehicle, you’ll want to put it in Drive and perhaps set the regenerative braking level to something less than its maximum level. If there are no legitimate concerns about the tow vehicle being capable of towing the EV, then ramping up the regen to its max level will get you the most miles of range added per mile towed.

Rivian may have given this the most thought, as its vehicles are inherently more likely to run out of juice farther from help. For that reason, the company makes an additional, higher regenerative braking level available: engage reverse while towing the truck forward.

At What Rate Does Flat-Tow Charging Occur?

Ford reckoned its Mustang Mach-E or F-150 Lightning will generate at least 9.2 kW at reasonably low speed. Lucid had plenty of experience flat towing its Air sedan prototypes during extensive durability and development drives that sometimes saw the vehicles exceeding their impressive range nowhere near a charger (often at durability-test tracks with no chargers). Lucid claimed that when towed in the high-regen setting at 20 to 30 mph, the car should generate power at a rate of 100 kW; while being towed by a strong support truck at 60 to 70 mph in max regen, Lucid saw charging rates of up to 200 kW. Charging a Rivian with the gear selector in reverse purportedly delivers rates akin to a DC fast charger. Note that on the “Warped Perception” YouTube channel, a Tesla Model S (which comes with robust tow hooks) was flat towed behind a Mercedes-AMG E55 at 70 mph and reported a 65-kW rate, while the AMG earned 5 mpg.

We should note that the Rivian R1T and R1S, Lucid Air, and Ford F-150 Lightning all offer bi-directional charging and a cord with a CCS Combo 1 charging plug on both ends. This means that if you pass another EV that has run out of juice, you can simply share some of your electricity without any potentially dangerous flat towing.

Where to Fasten the Tow Rope?

The Rivian R1T and R1S feature robust tow hooks befitting an adventure vehicle that’s likely to find itself either stuck or in a position to rescue a fellow adventurer. Ditto the Ford F-150 Lightning. But while North American Mustang Mach-Es come with a round cut-out in the front bumper fascia for a tow hook (required in global markets), the hook itself and even a threaded hole to insert one into are missing. It’s unclear where a Lucid would be towed from in the front, and push-charging any car, SUV, or truck threatens considerable body damage to both vehicles.

When discussing flat-tow charging with Darren Palmer, Ford’s general manager of battery-electric vehicles, he expressed grave reservations about potential hazards related to tow-strap breakage, tow-vehicle/towed-vehicle collision, and whether the electric vehicle’s system would report a fault under towing conditions. He recommended using a tow bar, but nobody recommends flat towing an EV behind an RV (even when shifted to neutral, any permanent-magnet electric motor generates back current that could damage the system), so nobody’s going to attach one of those for an emergency flat-tow charge.

Palmer was evidently not involved with the application for Ford Global Technologies LLC’s patent US2021197673A1, published July 1, 2021, which describes a system for flat towing (via rigid connection, not rope) where an EV that’s running low can request a tow charge and even potentially couple itself to and decouple itself from the tow vehicle while in motion. Now that raises safety concerns with us. 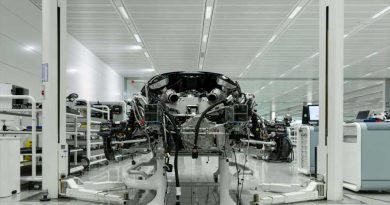 What To Expect When You're Expecting to Replace Your Hybrid Battery 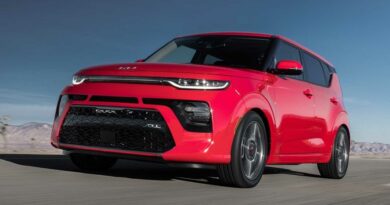