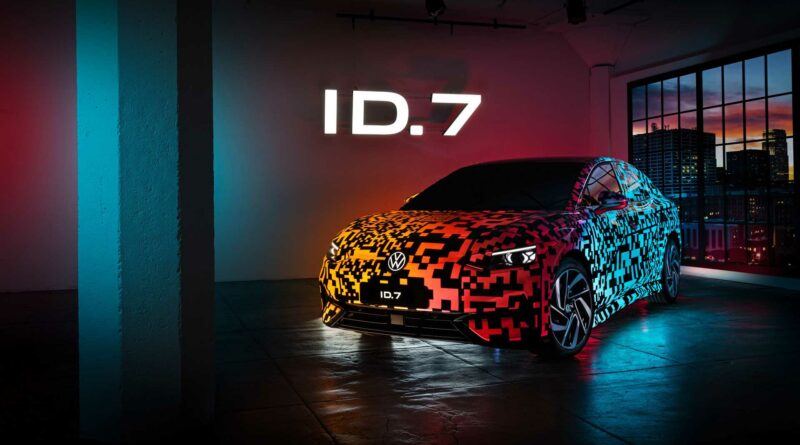 Volkswagen Group of America has returned to CES (Consumer Electronics Show) in Las Vegas after a six-year break with an electrifying world premiere.

The German manufacturer, as we correctly guessed, presents at the show a close-to-production version of its first fully electric sedan and a new member of the ID. family, previously previewed by the Volkswagen ID. Aero concept, shown in June.

The company officially announced that the sedan’s name will be Volkswagen ID.7 (no surprise here), which suggests that the station wagon/estate version really might be called ID.7 Tourer, as rumored in May 2022.

The Volkswagen ID.7 at the CES is camouflaged. The manufacturer explains that the world premiere of the series production version will take place in the second quarter of 2023, so we will have to wait several more months (by the way – see unofficial renderings here).

“With the new ID.7, we are extending our electric model range into the upper segments. The sedan will offer top-class technology and quality. The ID.7 is one of ten new electric models that we are planning to launch by 2026. Our goal? To deliver suitable products for our customers in every single segment,”.

According to the manufacturer, the anticipated driving range of the ID.7 in Europe will be 700 kilometers (km), which is about 435 miles (mi). That’s a pretty good result and the highest so far in the ID. family. At the time of this posting, we don’t yet have preliminary numbers for the EPA test cycle.

The long range of the Volkswagen ID.7 indicates that the new sedan will be very efficient and, at the same time, equipped with a large battery pack.

One of the key elements to achieving long range is aerodynamics. Volkswagen notes several elements of the car that contributed to the overall result the most:

“The characteristic features of the sedan include the aerodynamic front section and roof, which both help to reduce energy consumption and increase the range. Air intakes located in the front end guide the air flowing through them down the sides of the vehicle to the rear in a targeted way. They therefore form an air curtain, which calms the air flow at the sides of the vehicle. The roof slopes to the rear and thus contributes to the very good drag coefficient of the ID.7.” 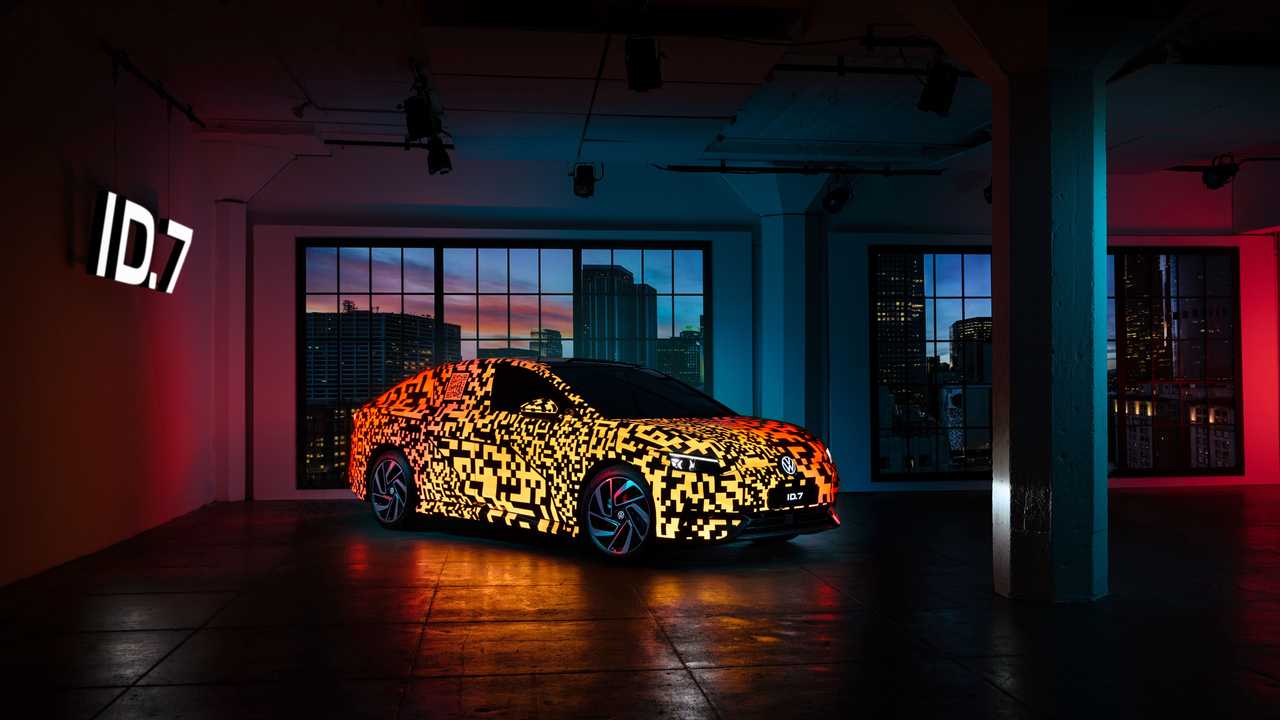 The camouflage on the Volkswagen ID.7 is a very special one, as it creates smart light effects through electroluminescence.

According to the company, there are some 40 layers of paint, of which some are conductive while others have insulating properties. 22 areas of the vehicle can be controlled separately and are electrified below the top layer of paint (electroluminescence) so that they light up (in connection to a sound system to make the effect even more interesting).

Such a digital camouflage appears to be perfect for CES, but we are not so sure whether a multi-layered electroluminescence paintwork will be ever available on the ID.7.

The interior of the car is actually the most interesting element of the presentation, as Volkswagen introduced (“in response to customer feedback”) a host of solutions that will come as standard on the ID.7.

There is a new display concept with the augmented reality head-up display (HUD) and a 15-inch (38-centimeter) screen, plus illuminated touch sliders. We must admit that this new setup appears to be pretty interesting. 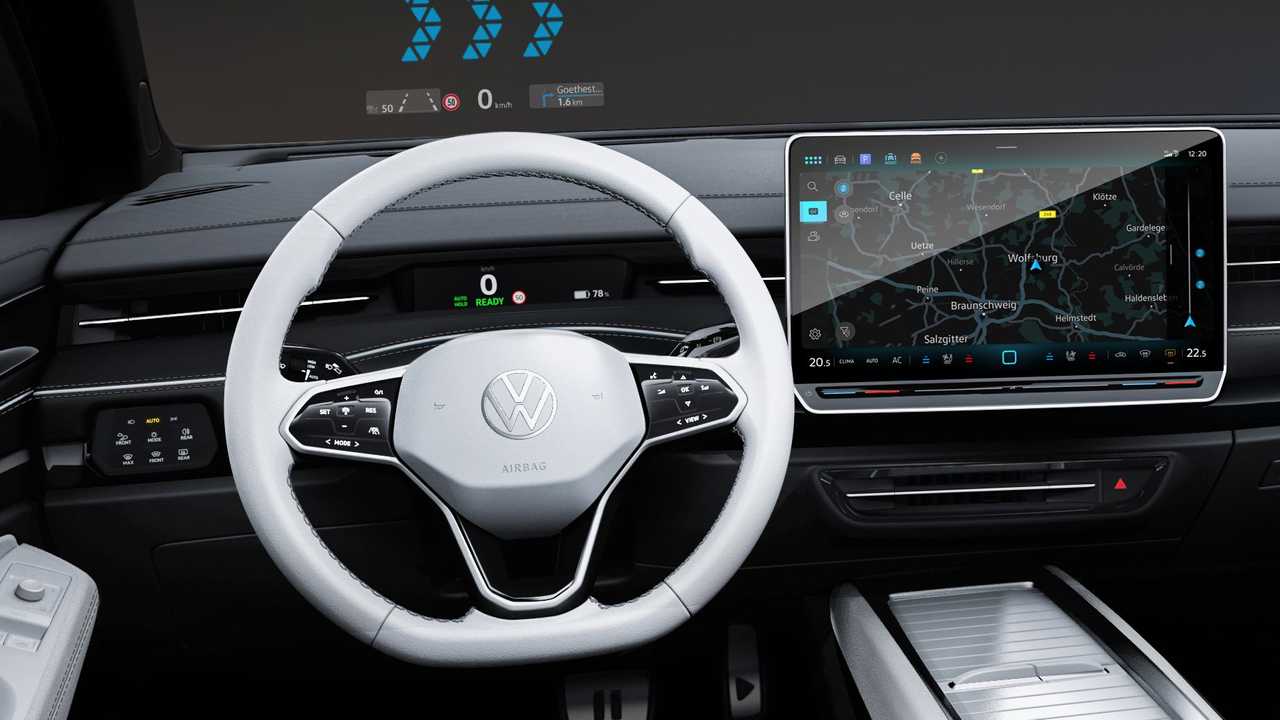 Another very smart solution is the new air conditioning controls, integrated into the first level of the infotainment system to improve the user experience. 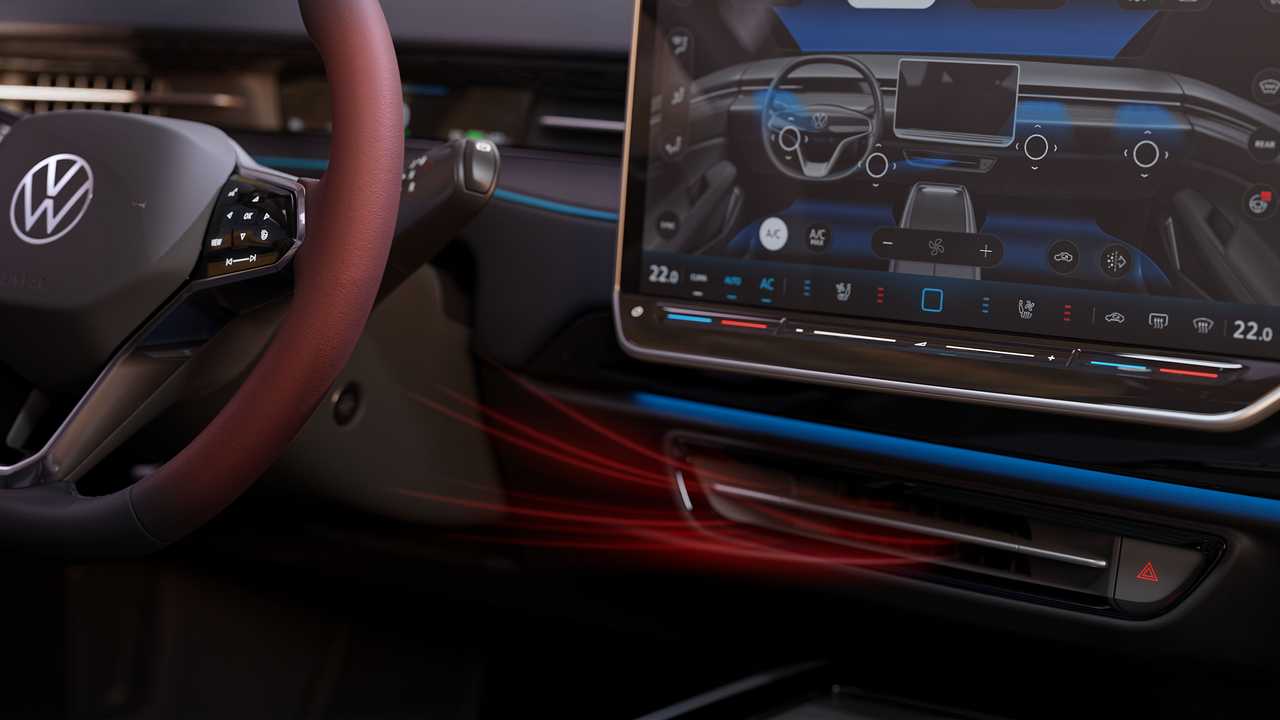 Volkswagen announced also the new air conditioning concept with intelligent vents and a number of new functions, which are visible at all times on the new large display (and additionally can be activated and saved individually for each user):

Not all details about the ID.7 were revealed, but with the long wheelbase (about 9.7 feet / 2.97 meters) and short overhangs, we believe that the ID.7 will also be quite roomy inside. The manufacturer even says that the ID.7 will offer the character of a luxury sedan with an especially spacious feel.

The Volkswagen ID.7 will be Volkswagen’s second global electric vehicle – offered on three continents – Europe, North America and in Asia (China) – after the ID.4.

Since the market launch of the Volkswagen ID.3 and the first customer deliveries in September 2020, Volkswagen (including its subsidiaries) delivered 500,000 ID. electric cars globally. The company says that it’s around one year earlier than planned. 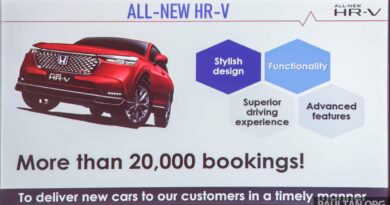 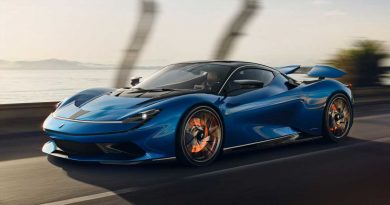 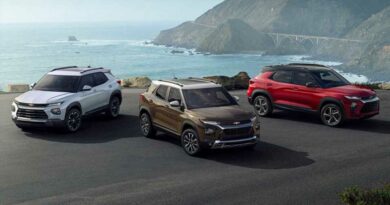