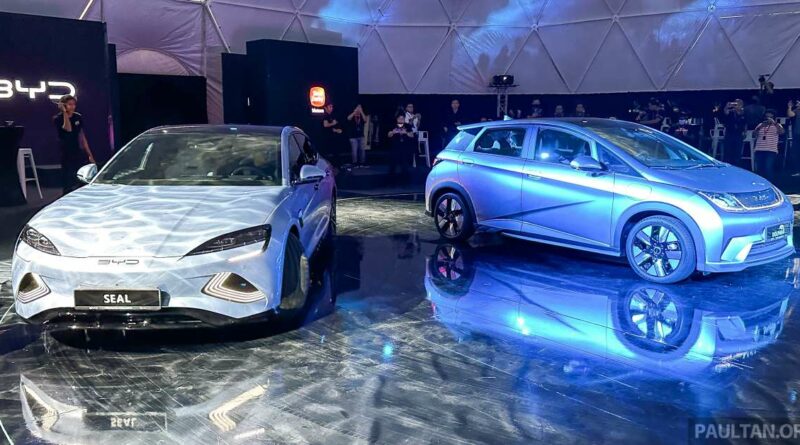 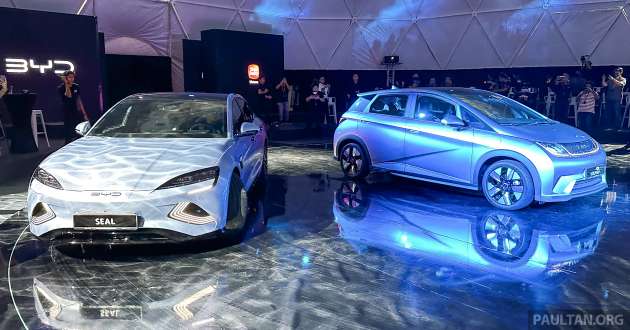 The BYD Atto 3 is the star of the show at BYD’s brand launch, happening this weekend at Bandar Malaysia in KL. The electric SUV the first product for BYD SD Motors Malaysia (BYD SDM, under the Sime Darby Motors umbrella), but the new distributor won’t be stopping at that.

We’ve previously revealed that BYD SDM plans to bring in the Dolphin and Seal models from the Chinese EV specialist. The two electric cars with water creatures as names are being targeted for Q4 2023 and they’re being previewed at this event. In this post, we’ll take a closer look at the Seal.

In China, this sleek EV is called Seal, but it could probably get the Atto 4 name in some overseas markets, forming a range with the Atto 3. But unlike the 3, this ain’t no SUV – instead, it’s a four-door coupe type of sedan with a sloping roofline and short rear deck, not unlike the Honda Civic FC and BMW 4 Series Gran Coupe. Conveniently, the latter has an electric version called the i4, which we’ll compare to the Seal later.

If you look at this Seal’s dimensions, its 4,800 mm length and 1,875 mm width is just hairs away from the BMW i4‘s 4,783 mm and 1,852 mm. The BYD – a dedicated, ground-up EV – has a longer wheelbase though; at 2,920 mm, the distance between wheels is 64 mm longer. The Seal sits on the EV specialist’s latest e-platform 3.0, the third model to do so after the Dolphin and Atto 3/Yuan Plus. However, the Seal uses an 800V electrical architecture like posh EVs such as the Porsche Taycan and sexy Audi e-tron GT.

In China, there are four variants of the Seal. The RWD Elite and Premium have a single 201 hp motor driving the rear wheels and powered by a 61.4 kWh in-house Blade battery. Such equipped, the local CLTC range per charge is 550 km and 0-100 km/h acceleration takes 7.5 seconds.

The Seal is often described as a Tesla Model 3 rival. The Model 3 comes in Standard, Long Range and Performance variants, with the latter two equipped with dual-motor AWD. The Long Range AWD is probably the best balance between price and performance, with a claimed range of 576 km (Standard 437 km, Performance 506 km) and 0-100 km/h time of 4.2 seconds. The Performance does it in 3.1 seconds.

Since Tesla is not officially in Malaysia, we’ll look at the BMW i4 for pricing context. The i4 eDrive40 M Sport is priced at RM389,800 with BMW Malaysia’s extended warranty and service package, while the i4 M50 is yours for RM430,800.

If so, we’d be looking at a great-looking EV with top-level specs at a relatively affordable price. Even if it’s priced above RM300k, the BYD Seal is well-placed to be the most affordable long-range EV in Malaysia when it arrives in Q4 2023. What do you think? Check out the other EVs mentioned here by clicking the links.

Again, the Seal is set to reach our shores in the final quarter of next year. For now, we have the Atto 3 SUV in 49.92 kWh Standard Range and 60.48 kWh Extended Range forms, priced at RM149,800 and RM167,800 respectively. The in-house Blade EV batteries are connected to a front-mounted electric motor rated at 204 PS/310 Nm and DC fast charging from 0-80% can be done in 45 minutes. Full details here. 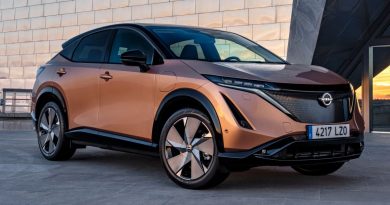 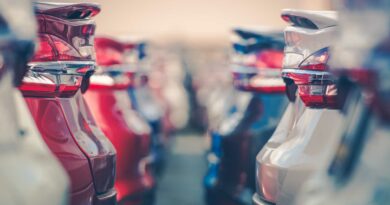 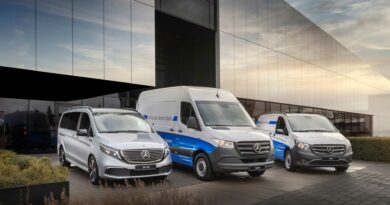