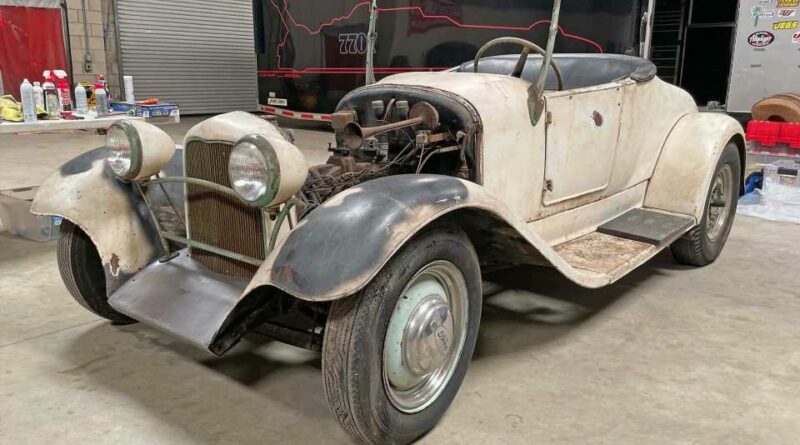 Everybody dreams of a barn find. Mine turned up last summer after I’d put the word out that I was looking for something funky, and my friend Willi Boelcke responded saying he had just the thing. He did.

I grew up in England and got into hot rods in 1962 when somebody on my paper route took HOT ROD Magazine. I wasn’t sharp enough to ask who or why, but I’d sit on the curb under gray skies surrounded by gray cars and gray people reading about red and yellow cars under blue California skies. I was hooked.

When I was old enough, I owned a few modified cars and motorcycles, but it was difficult to get anything done in England back then. You could get an F1 car built, but try getting somebody to drop an I-beam axle. I did manage to build a nice Deuce Roadster there with the help of Keith Baker, but eventually I moved to California thanks to my late friend and mentor Pete Chapouris.

Pete and his partner Jim “Jake” Jacobs took me under their wings (fenders?) and threw me into the industry, introducing me to everybody from Gray Baskerville of HOT ROD to Billy F. Gibbons of ZZ Top. Still, it took me 20 years before I was able to buy another Roadster from “Kiwi” Steve Davies. Eventually, with Jimmy Shine, I took that rod to Bonneville, along with David “Roadkill” Freiburger, and set a D/Blown Street Roadster record at 206.454 mph.

I sold that car to Steve Van Blarcom who took it to 225-and-change. Now, I think Wayne Carini owns it. I don’t really miss it; in our effort to get a record, we’d made it unstreetable, and I do like to drive a rod on the street. Then, mid-COVID, came Willi’s call.

He said the car was a ’27 T, but I could see it was a ’27 on Deuce rails, which is something else altogether. I’ve always liked ’27 roadsters, and Chapouris built perhaps the coolest one for his father. I’d looked at that car and driven it for years while Pete was alive. We’d even looked at replicating it as a track roadster kit, but that wasn’t to be.

The problem is that ’27s look easy to build, but they are deceptively difficult to get right. In fact, most look a little odd. Willi’s find, however, looked right. I didn’t like the color, and I sure didn’t like the Texas cow pattern on the fenders, but the profile and stance was spot-on.

According to Willi, the car had been built in the ’40s, driven to Bonneville in 1949, and put away in 1958. I knew that resurrecting it would be work, and my buddy Mick Jenkins tried to talk me out of it, but when are you going to find another like it?

Through my friend David Steele, Director of the American Hot Rod Foundation, I met Richard Low, who had seen the car in 1958 when he was just 12 years old, and presumably just before it was parked. Richard looked the car over and confirmed it was the same car. We concluded that it was probably professionally built, as the bodywork was just too well-executed to have been done in somebody’s backyard. Unlike the bodywork, the chassis was more agricultural, being a mostly stock ’32 frame fitted with a 1940 flathead Ford V-8, column shift, and hydraulic brakes—typical for the time.

Mick was right, of course; it needed a total rebuild. I discovered that when I took the brake drums in for machining. “They’re already over-machined,” was the verdict. There was no going back, though, and I jumped into rebuilding the front end while the engine went to Mike Herman at HandHFlatheads.com for a rebuild. “It needs five sleeves,” said Mike. “It would have only needed three if we’d torn it down.”

Mistakes are part of the learning process, and I’m doing as much of the work myself as possible. I’ve been around this stuff all my adult life, I’ve written books about building hot rods, but none of it compares to actually getting your hands dirty. If I make a mistake, I do it again until I get it right.

After a couple hours on the computer, I’ve usually had enough and off I go to Geoff Stilwell’s shop at Mick’s Paint where the car is located. On the way, I visit fabricating wizard Rick Lefever who has been so helpful with all the tricky machining tasks such as splitting the wheel hubs from the drums. Seeing what he’s done puts a smile on my face, sapping away that tension.

When I enter the shop, the stress of computer work falls away, and I am in Ford world. It’s basic tech. Cast steel, large nuts and bolts of American thread; some of it is goofy, but all of it is therapeutic. The hours slip by as I clean and refurbish or replace while trying to remember how it all fits back together. Don’t worry, I shoot it all on my phone. I have to think resurrecting this old hot rod has got to be the most relaxing thing I have done in years.

Thanks to ARP’s Bob Florine, the Kennedy Bros., the Veazie Bros., Clive at Stromberg, and Michael at the Early Ford Store in San Dimas, California, who has never once not had the part I needed.

“Finish Line” is a monthly look at what’s going on in the hot-rodding world through the eyes of HOT ROD’s editorial team and industry experts. Follow HOT ROD on social media (Instagram, Facebook, Twitter, and TikTok), then shoot an email to the staff at [email protected] and let them know what’s going on in your automotive world!

Watch: 10 Reasons Why This 1927 Ford Model T is More Harley Than Ford 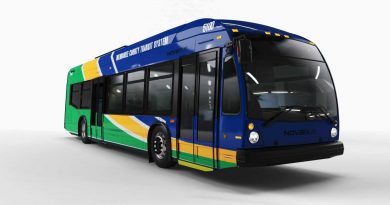 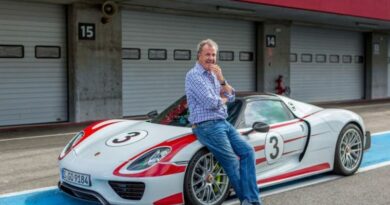 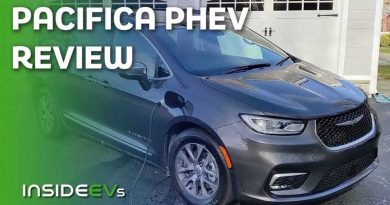