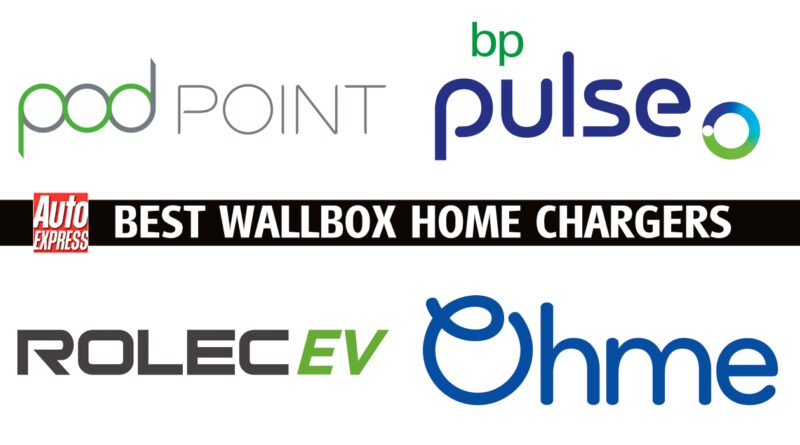 Looking for a home electric car charger provider? Let our survey results of the UK’s main operators help you choose

As electric cars have become increasingly common, the number of different home charger offerings has also increased. Choosing a provider – especially for the uninitiated – can be a tricky process, because many of the companies that offer home chargers aren’t household names.

Clearing up a confusing market is what Driver Power is all about, though, so we’ve surveyed owners of home chargepoints across nine categories to bring you a list of the top 11 companies out there.

Our insider’s guide to home chargepoints

Choosing an EV charger installation can feel even more complicated than picking a car, which is why many of manufacturers and dealers have signed up with preferred partners to make the process as easy as possible for consumers. That said, it’s always worth comparing such a ‘recommended’ deal by shopping around. Not only will you have more choice when it comes to the look and spec of charger you want, but you may also be able to save some money.

All new chargers must be ‘smart’ these days, meaning they can communicate with the electricity network to balance your charging needs with the level of overall grid demand. However, there are plenty of optional features such as smartphone-app monitoring and remote-control elements, and you may also want to consider the aesthetic and practical features of the many different chargers available today.

Unfortunately, if you own the property where an installation is being considered, you’ve missed out on any Government grants to help cover the cost. There is still a relatively small £350 grant available for EV drivers who wish to install a charger at a property they’re renting, or if they live in a block of flats with dedicated off-street parking. This is likely to cover only a third or less of the total cost of an installation, with prices currently ranging from £800 to £1,500. Tenants with friendly landlords might have a conversation about sharing the cost, because fitting an EV charger will potentially add value to a property.

As you might expect, attractive prices quoted for charger installation on the Internet may not paint the whole picture. That’s because the cost of fitting is not simply dependent on the make, model and spec of charger you choose, and there may be additional fees associated with upgrading your existing electricity services or your particular installation.

For example, the maximum charger output compatible with UK domestic supply is 7kW, and when it’s charging your car, a 7kW unit will be drawing around 32 Amps of power. To meet this demand, it’s advisable to ensure your house supply is rated at 100 Amps, because you could end up overloading a lower-rated 60 Amp supply when charging and running other domestic appliances simultaneously.

Electricity companies will usually upgrade a 60 Amp service to 100 Amps free of charge, but it might delay your installation. What your electricity provider won’t do is upgrade your household distribution box if it has no capacity to add an extra circuit for your EV charger, so you might need to pay for an extra box before the charger can be fitted. Your chosen installer will need to know exactly what they’re working with when preparing a quote. They will likely ask for details and/or smartphone pictures of your main fuse and distribution unit, and details of where the charge unit is to be sited, unless they visit in person to quote.

If it all feels like a bit of a minefield, check out the results of our Driver Power home chargepoint survey on these pages, and find out what existing users think.

Tesla won our survey of public chargepoints, so the US company’s poor performance here may come as a bit of a shock. Home chargers are a different type of product, however, with different requirements, and Tesla has fallen wide of the mark in these rankings, coming last in six out of nine categories. According to owners, Tesla chargers are complex to install, unattractive to look at, slow to charge, hard to use and not totally reliable.

Every cloud has a silver lining, though, and Tesla’s is that its home chargers are frugal when using electricity.

It’s one of the bigger names in charging, but BP Pulse – formerly known as BP Chargemaster – disappoints in this survey of home chargepoints. Owners say their BP Pulse units feel flimsy and they have experienced poor customer service. The smartphone app needs more work, too, we’re told. The company gets a solid score for its cost of home charging, but users still wish the units looked better and were more reliable.

The installation process could be more straightforward, while charging speeds and user-friendliness need improving.

In ninth place is Rolec, with a mixed bag of scores. The company’s home chargers offer good speeds, owners tell us, and are fairly easy to use. There are a few key areas that really drag the score down, however. No other brand in this survey gets a worse score for customer service, plus there are thumbs down for the chargers’ reliability and the ease of the installation process.

In other areas, Rolec gets fairly average scores. It sounds as though owners would like the smartphone app to work better, and they also think there could be an improvement to build quality.

Finishing in eighth place, EO performs adequately across several categories. It fails to shine in any particular way, though, and does poorly in a few key areas. No other company earns a worse score for its smartphone app, indicating that EO users aren’t happy with the way their phones link to their chargers. We’re also told EO chargers could be considerably easier to use and needn’t be so complex to install.

Nevertheless, owners are positive about the way their EO chargers look, but it doesn’t seem as though there’s much else to shout about here.

Although many people colloquially use the term Wallbox to refer to any home charger, it’s actually a brand name. Despite its catchy moniker, the Spanish company doesn’t manage to get into the higher ranks of this survey. Owners are very positive about the cost of charging from a Wallbox, while build quality and reliability both get the thumbs-up, too.

The chargers aren’t stylish and don’t charge as quickly as owners would like, however, and – while they’re relatively easy to use – customer service and the accompanying app could be better.

A consistently average set of scores for Dutch company EVBox. Customers aren’t over the moon with their ownership experience, but they’re not dissatisfied, either. EVBox’s best score comes in the customer service category, with any issues or enquiries being dealt with quickly. The company’s smartphone app also gets a solid rating, and there are no issues when it comes to the installation process or styling of the hardware.

EVBox could make its chargers easier to use, however, and owners reckon build quality and charging costs both need work.

Kicking off the top five in our survey is Ohme, which boasts a fairly consistent set of scores across the board. The area in which it does worst is the cost of charging; owners think they’re paying too much.

On the other hand, Ohme’s installation process is straightforward and easy, we are told. The company offers good customer service as well in owners’ experience, while the chargers themselves are reported as being both well made and reliable. Styling is an area where a little improvement may be welcome, but overall Ohme gives a solid performance.

Pod Point earns some impressive scores in this survey. No other home charger is easier to use, owners say, and reliability is extremely strong, too. Relatively easy installation is a positive for Pod Point, as is the smartphone app, which gets a decent score. It’s not all perfect, however – cost of charging is where the company struggles most, and it wouldn’t hurt Pod Point to put a bit more effort into its customer services, either.

Other factors, such as style and build quality, get middling scores from owners, but fourth place overall is still impressive.

Andersen comes third in this survey, thanks to some strong scores. It makes the second most stylish home chargers covered here, according to owners. Andersen units are easy to use and well constructed, too, we’re told, as well as being accompanied by a decent smartphone app. Charging costs on an Andersen are also good.

Some owners do have complaints about charging speed, but there are no other negative areas. Customer service from the company is good enough, you report, and reliability is no major issue.

The winner of last year’s Driver Power home chargepoint survey just misses out on the top spot in 2022, but it still earns a more than respectable set of scores. Although Zappi doesn’t win any categories, it took second place for charging speed, build quality, customer service and its smartphone app. We’re also told its installation process is straightforward, and that its chargers are stylish and reliable.

The company’s worst score is a sixth place for ease of use, so perhaps some simplification for operating a Zappi charger would be in order.

It’s an extraordinary set of scores for Hypervolt, with the brand winning seven out of nine categories in this survey. This shows just how highly owners rate their Hypervolt chargers across a wide range of areas. The installation process couldn’t be simpler and the physical units look brilliant, according to respondents.

It’s not only the looks that appeal; Hypervolt makes its chargers to last, with users blown away by the build quality.
A key area in which the brand tops the field is customer service, and owners also think the smartphone app that accompanies the devices is well designed and easy to use.
In fact, the charger itself is rated as being highly user friendly – Hypervolt comes second in the ease of use category.

The area where it doesn’t do at all well is the cost of charging; the company comes last in this category. What this survey shows, then, is that one brand clearly makes the best chargers, but there is a premium to be paid.

Simon Barfoot from Northamptonshire owns an MG ZS EV. He wanted a home charger for it, so he began researching the various brands on the market.

“I was looking around, and Hypervolt popped up,” he explains to us. “When I was reading the reviews, that swung it for me, because people were saying that the customer service was outstanding and any issues were resolved straight away.”

Simon says Hypervolt’s prices seemed in line with what other brands were offering. As such, he decided to place an order through the company’s website, and was presented with a list of electricians near him who could fit the charger. Once a tradesman was booked in, the installation process was simple.

An assessment was conducted and the fitting itself took about an hour. Simon tells us: “The charger is absolutely perfect. I don’t want to tempt fate, but I haven’t had a single issue. You just plug the car in and it goes.”

Simon mainly charges his car overnight using an Economy 7 tariff, which provides cheap electricity at non-peak hours. In addition, he uses the Hypervolt app to turn the charger off when he’s away from home, and to check how much it has cost him to charge his car.

He concludes: “It’s not overcomplicated, and it just tells me what I need to know.” 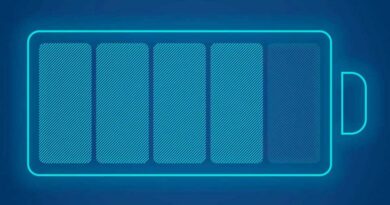 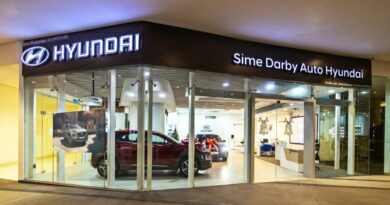 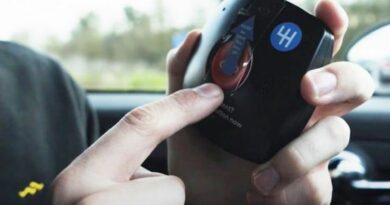