Staying safe while saving cash is a great combination and easily achieved when you invest in your own tyre inflator. Being able to check and top up tyres when necessary, rather than queuing and paying on the forecourt, makes it easier to keep the pressures just right. Your car will use less fuel when the tyres are properly inflated, while it’ll brake and corner as it should, too.

We concentrated on inflators that plug into the 12V socket. They’re more bulky and fiddly to use than some cordless units, but they never run out of power.

We timed how long it took to inflate a 15-inch tyre from 20-30psi, noting the pressures displayed before and after, plus the ambient and working noise levels. We also timed adding 5psi to a space-saver tyre, to bring it up to 60psi.

We scored the accuracy, speed of operation, hose and power cord length, connector type, ease of use, displays and extras such as inflatable or ball adaptors. All of our samples had an auto-stop function, but a case or bag is always handy to keep the equipment clean and together. We also checked instructions for useful and safety information.

A close-run thing, with the new Halfords within a few points of Ring’s RTC1000, and the RTC450 in an impressive third.

The RTC1000 remains impressive with its protective, zip-up case, huge backlit digital display and large hand or foot-operated on/off button. The rotary auto-stop control was easy to use and performance was just 0.5psi adrift, plus it was the second quickest to both 30 and 60psi.

Keeping track of the 3.5-metre power cable was straightforward thanks to the neat wind-up assembly, while the 70cm hose wrapped neatly around the device – both were the longest on test. As well as the three adaptors, the package also included a spare fuse and four valve caps.

Despite its angular design, this Halfords had a lot of the RTC1000 about it, not least the large on/off button and clear central display. The underslung, wind-up mechanism for the three-metre cable was the same, as was the way the hose fitted into a slot around the casing.

It was easy to set the auto-stop and select the three scales plus, like the Ring, there was a useful niche to hold the valve cap. Uniquely here, the readings were in 1/10 increments, with the error just 0.5psi. Though slower, it was still impressive.

If you could shrink the winning Ring (above) in the wash, you’d get the RTC450, albeit with no case or deflator button. Performance figures were between the RTC1000 and the Halfords, with the noise level almost the same as both.

Once again, it featured a sensible reel to store the three-metre cable. The hose length was a touch shorter at 50cm and it was a bit of a squash to get it into the side compartment. We liked the easy-read display and large on/off button, but it would have been better if there was a case or bag.

The three-legged Draper was an unusual shape, designed to spread the load and keep it stable when working. The hose was a reasonable 50cm long and it wrapped around the device to keep it neat. However, the three-metre cable had nowhere to go, which could be a bind when storing the unit in the car, especially because there was no case.

An error of one psi wasn’t bad and the times to inflate to 30 and 60psi were excellent. Noise was similar to the top three. The central display was a tad small, but showed the four scales along with buttons for adjusting the auto stop.

A previous high flyer, the Sakura was close to the RTC450 and Draper Mini. The inflation times were fair, but the noise level of 81dB with an ambient of 30dB was the highest on test. It came in a soft bag that, at 800g, was ideal for in-car carrying. Although not the end of the world, its reading error of 1.5psi was the joint worst we found.

We liked the simple layout, although the display was a touch small. While the unit is showing its age, it was still within a few points of clinching third spot.

This Michelin certainly lived up to its name because it was easily the quickest to both our test targets. Not surprisingly, this was due to the powerful motor, which contributed to its 2.25kg weight – the heaviest we tried.

We liked the long carry handle and the design, which made it stable in use. The unit wasn’t noisy, recording almost identical levels to our top four, but storing the usefully long 65cm hose was a bit clumsy. The Michelin was the most expensive on test and, at this level, it really should have come with more than the thin bag provided.

The pistol design was an interesting variation and, although the buttons were easily accessed at the rear and the three adaptors fitted neatly into slots on the top, the display was very small. It was compromised by the very short 13.5cm hose, which could mean holding the device all the time.

The trigger could be locked, but hanging on as the inflator vibrated for several minutes would be uncomfortable. An error of 1psi was acceptable, but the longest inflation time, no bag and nowhere to store the 2.9-metre cable lost it too many points.

The second pistol-type model we tried looked expensive, but it was a hybrid 12V/battery cordless model. We tried it in the former mode using an adaptor and cable fitted to the bottom of the device. Although the cable was a good length at three metres, the hose was short and awkward at 15cm, but thankfully the trigger could be locked.

The rear display was small, but we were pleased to see a large bag included, because there were lots of pieces to carry. The results weren’t bad and this may be for you if you need a choice of power.

Now check out our list of the best tyres to buy… 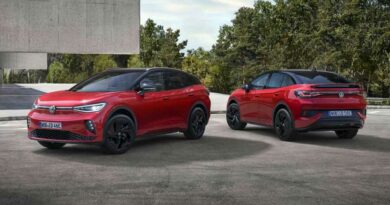 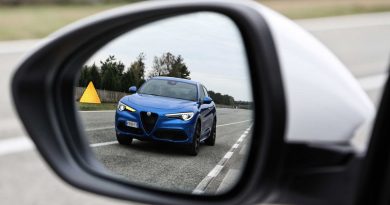 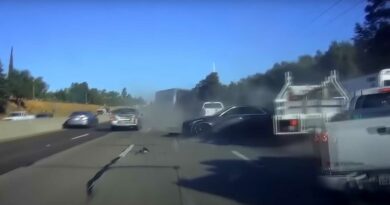