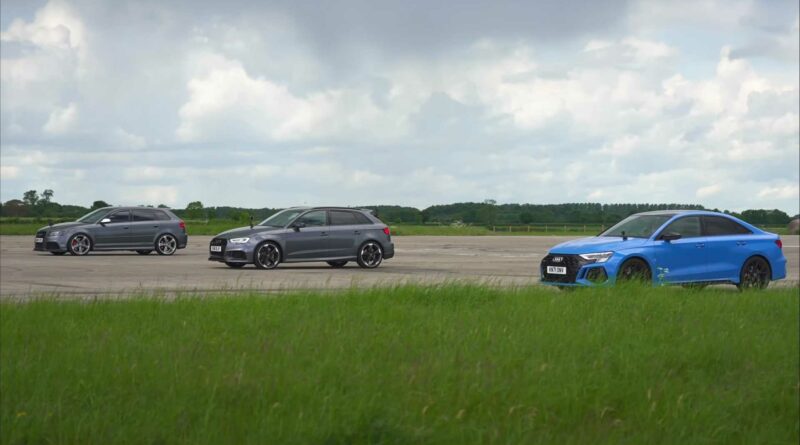 The Audi RS3 is in its third generation, gaining more power and technology over the years. A new Carwow video pits the three generations against each other in a series of drag races, highlighting how the RS3’s performance has changed.

In the first race, the Mk3 got the worst start of the bunch. However, its extra horsepower and torque allowed it to claw back ahead of the other two, crossing the finish line first with a 12.1-second time. The Mk2 came in second with a 12.3-second quarter-mile time, with the Mk1 needing 13.0 seconds to complete the race.

The first rolling race was close between the Mk3 and Mk2, with the Mk1 falling behind early. The Mk3 was able to sneak ahead of the Mk2 before the pair crossed the finish line. The second rolling race with the cars in their sportiest setting was even closer between the Mk3 and Mk2, with the older Audi losing by half a car length. The Mk1 wasn’t even competitive.

The final brake test between the three ended with the Mk2 claiming victory. It was the lightest of the bunch, allowing it to stop at a shorter distance than the other two. The latest RS3 generation is noticeably quicker than its predecessors, but it’s also far more expensive than the older models that are available in the used market. Is the performance boost worth the extra cash? That’s not an easy decision to make. 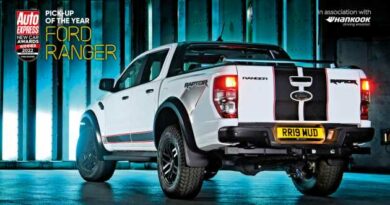 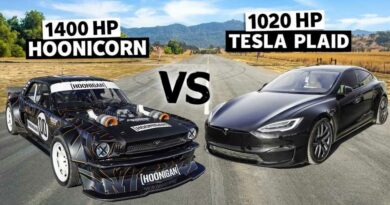