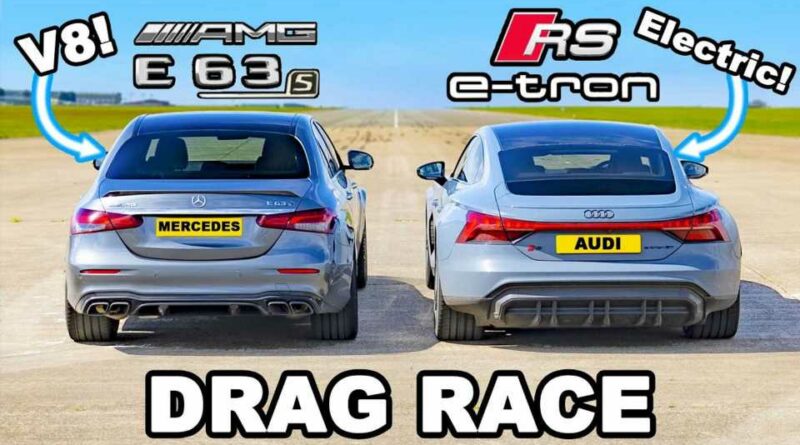 The Audi RS E-Tron GT is heavier and less powerful than the AMG E63S, but it’s also quicker.

Mat Watson from Carwow has drag raced most new cars on the market, and in his experience, whenever he races an AMG against an Audi RS model, the former always comes out on top. However, now that the most powerful RS-badged Audi is electric, there is a good chance it could be the first to challenge the rule. But does it?

The model he tries against the Audi RS E-Tron GT is the latest Mercedes-AMG E63S, with 612 horsepower and 850 Nm (626 pound-feet) of torque from its twin-turbo V8, as well as all-wheel drive. Mercedes says the E-Class AMG sprints to 100 km/h in 3.4 seconds or to sixty in 3.1 seconds.

The Audi is slightly down on power and torque, making 598 horsepower and 830 Nm (612 pound-feet) and it also weighs quite a bit more, 2,420 kg (5,335 pounds) versus the Mercedes’ 1,935 kg (4,265 pounds). However, despite having less power and more weight to lug around, the RS E-Tron GT is quicker to sprint, so a drag race between these two models should be very even, and if it’s short, the Audi should be slightly quicker.

And the on-paper difference is confirmed, because even though the two vehicles are almost perfectly level shooting off the start line, the Audi starts nudging ahead and the Mercedes-Benz can’t catch up. Sure, the E63S would eventually shoot past because its top speed is a lot higher than the Audi’s, but it really appears as if this is the Audi RS model that is quicker than an AMG, although now we’re waiting for the first AMG-badged EVs from Mercedes to see how those compare to rivals. 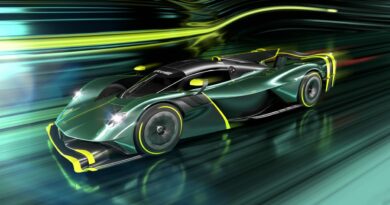 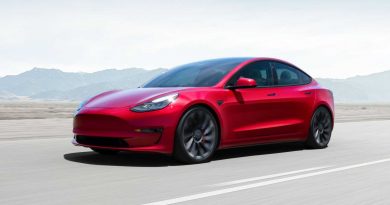 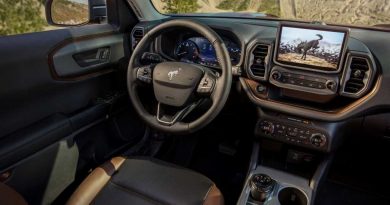