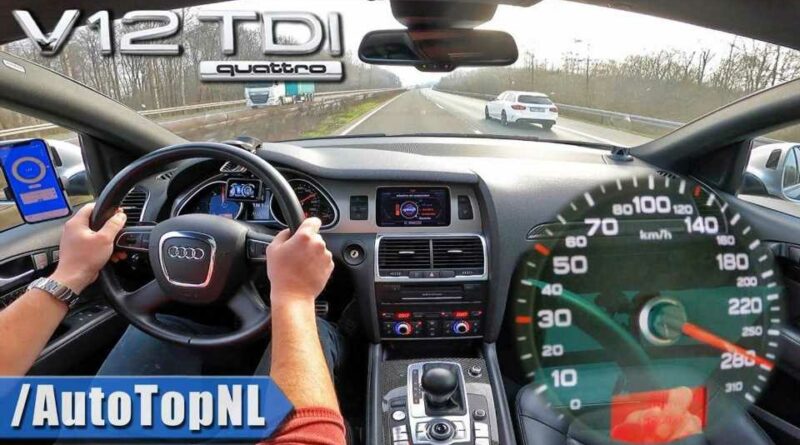 Thanks to a recent YouTube video by AutoTopNL we have the opportunity to see one of Audi’s greatest diesel creations, the Audi Q7 V12 TDI, take on the German Autobahn. This unique SUV top speed run shows peak Audi diesel when TDI engines were used as an efficient gasoline alternative. The Audi Q7 V12 TDI is a powerful SUV with impressive performance and subdued looks making it the perfect diesel-powered sleeper.

The Audi Q7 V12 TDI is a unique performance SUV that debuted n 2009 as the pinnacle of Audi TDI products. Unlike the tiny inline-4 diesel engines found in smaller VW group products built for fuel economy, the V12 TDI was all about performance. The 6.0-liter twin-turbo V12 engine found in the Audi Q7 V12 TDI produces 500 horsepower (372 Kilowatts) and is limited to only 738 lb-ft (1,000 Newton Meters) of torque. Audi had to limit the torque produced by the TDI V12 since it was already at the upper limits of what the ZF HP32 6-speed automatic transmission could handle.

Despite the Audi Q7 V12 TDI’s 5908 lbs (2680 kgs) curb weight, this large SUV can sprint from 0 to 60 mph in only 5.5 seconds and on to a limited top speed of 155mph. With the top speed limiter removed, the Audi Q7 V12 TDI can achieve a top speed of over 176mph, which is easily achieved on the Autobahn in AutoTopNL’s video. During the development of the Audi Q7 V12 TDI, Audi engineers spent a great deal of time tuning the suspension and braking system of the Nürburgring to make sure it was a complete performance package. Audi has a claimed lap time of 8 minutes and 50 seconds around the Nürburgring. 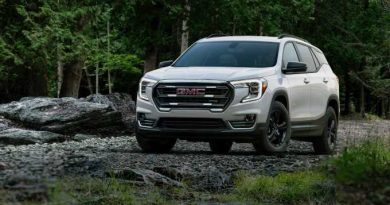 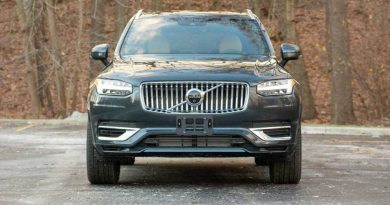