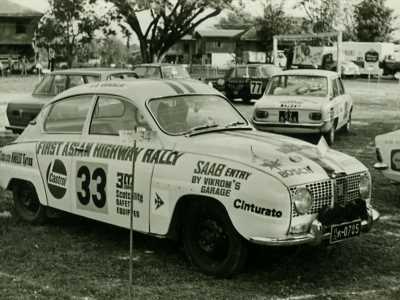 Competitors came from all over the world, and many automakers were represented on the rally.

Today’s Throttle-Back Thursday is something special: A look back at the 1,807-mile Laos-to-Singapore 1969 Asian Highway Rally … from the perspective of someone who was actually there.

Reader Greg Glassner, serving in the U.S. Army in Thailand at the time, wasn’t just there spectating. He covered it for us. His report on the rally appeared in the May 17, 1969, issue Competition Press & Autoweek.

Five decades on, Glassner shares his recollections of the event with us. We’ve reproduced them here — it’s a good look back at a little-known automotive happening that unfolded on the other side of the world. Writes Glassner:

136 cars entered the rally, including this Porsche 911.

I spent most of 1969 as a U.S. Army truck platoon leader in Northeastern Thailand. We were pretty much cut off from the rest of the world during that time except for the occasional copy of an English-language Bangkok newspaper and American magazines that eventually found their way to me.

So I missed Joe Namath and the Jets’ victory in Super Bowl III, Mario Andretti’s win in the Indy 500, the Moon landing, Woodstock, and the Can-Am and F1 races at Watkins Glen. When I learned that the First Asian Highway Motor Rally would pass by our little post at Camp Khon Kaen, I was determined not to miss it.

This sports car rally was a rather curious affair organized by the United Nations as a way of calling attention to improved road conditions in that part of the world. The fact that there was a war raging in North and South Vietnam at that time and that it had spilled over into Laos and Cambodia seemed to have escaped the U.N.’s attention.

To get a better view of the cars and drivers after they crossed the Mekong River from Laos by ferry and reassembled in Nong Khai, Thailand, I organized an extracurricular jaunt to the border, some 100 miles north of our Army post.

My Jeep was otherwise engaged in official business. So I found one of our drivers who liked motorsports and we ran for the border in a bobtail five-ton tractor. As an officer and a gentleman, I wrote it off as a somewhat extensive road test of the vehicle.

As said, this rally was a curious affair. It started in Vientiane, the capital of Laos, scampered through the entirety of Thailand, crossed into Malaysia and finished in Singapore five days and 1,807 miles later.

Some of the teams participating were quasi-factory or dealer efforts. Others were more casual arrangements of adventure-seeking car enthusiasts out for a lark. At least one car was driven by members of the Laotian Royal Family. The starting grid consisted of 152 cars, two buses and a lorry.

At Nong Khai, I spotted Porsche 911s, Toyota Corollas and Coronas, Isuzus, Volvos, Saabs, Opels, BMWs, Mazdas, and at least one Lancia, Alfa Romeo and DKW. The British Commonwealth of Nations was well represented with drivers from Australia, Hong Kong, Singapore and elsewhere. They drove Ford Cortinas, Minis, Austin 1100s, an Austin-Healey 100-4, Triumph TR-4, MGB GT and a racy-looking prewar Lagonda roadster. Not wanting to linger too long, we headed back south in the bobtail. I later watched the cars refuel at a gas station near Khon Kaen in the middle of night.

Of the 155 vehicles that started the event, 136 cars and one bus straggled into Singapore to complete it. A story in the Straits Times of Singapore reported that the preliminary results left something to be desired:

“Pandemonium broke out at the finish of the Asian Highway Rally at Empress Palace tonight as hundreds of participants protested against penalty points awarded against them.”

Initially, the executive of a Malaysian bus company was declared the winner in his Volvo 144S. A later report declared Staff Sgt. Joseph Minto and navigator David Appleyard, driving an Opel Commodore, both members of the Singapore Forces Driving Club, to be the legitimate winners of the $6,000 prize. Second and third were taken by a Toyota-sponsored team from Bangkok. The bus company executive was demoted to fourth.

Commenting years later, the co-driver of the lone Austin Healey confessed, “I was under the influence of alcohol when I said I would co-drive, otherwise I would have thought twice about doing 1,800 miles in that thing.”

There was a Second Asian Highway Rally in 1970. It ran 6,800 kilometers through Iran, Afghanistan, Pakistan, India and East Pakistan.

Thanks to some help from the Aussie journalist who was paid by the U.N. to cover the entire event, I wrote a story that appeared in Competition Press and Autoweek’s May 17, 1969, issue.

It was the first story I had published after college, and it helped launch a 42-year career in newspapers when I returned to civilian life in 1970.

Thank you, Greg, for sharing these memories — and for shining a spotlight on an automotive event that was quickly, if understandably, overshadowed by less joyful events in southeast Asia.

As unlikely as the ’69 Asian Rally seems from the modern perspective, what’s even more surprising is that the planned 1970 rally mentioned in our coverage also took place — though the proposed Turkey-to-Singapore (or Saigon) route was changed over to a relatively safer Iran-to-Pakistan journey.

Read our original coverage of the first event below. 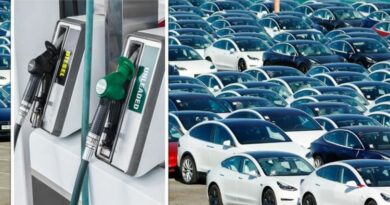 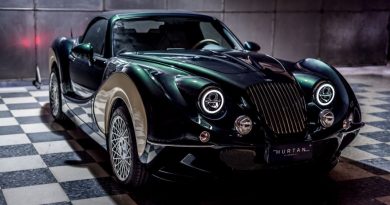 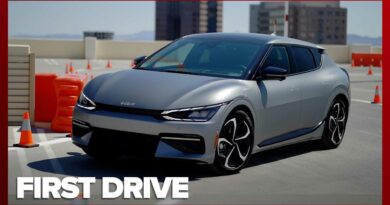 Roadshow Drives Kia EV6 In The US, Likes It A Lot