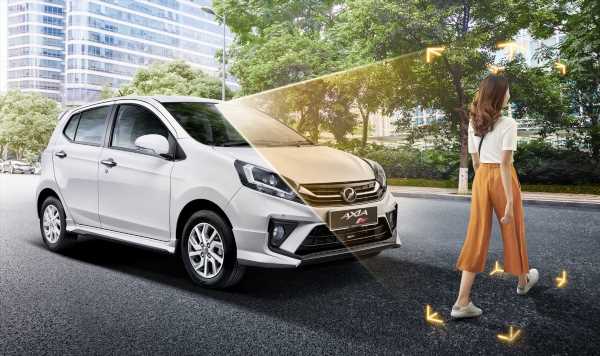 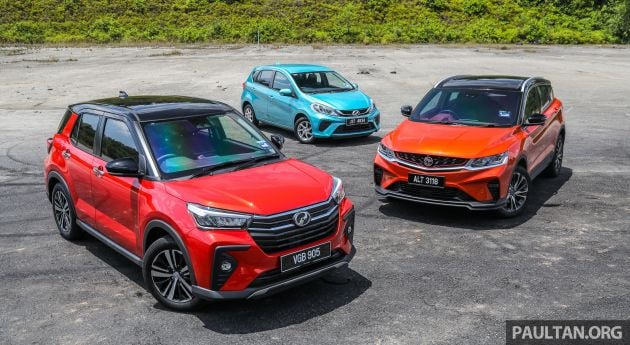 Malaysian car buyers are a difficult bunch to please. We want it good, we want it cheap – basically, we want it all. And then there are the pro commenters who have a negative opinion on everything, although I doubt many back up what they say with their pockets.

A subset of the latter are manual transmission fans with those “If got manual I buy!” statements. Hands up, I’ve been guilty of that (would owning five MTs over the past decade mitigate?) but I’m working on it. But we’re not talking gearboxes today, but car features, specifically safety features. Like distributors bringing in stick shift options, there’s a cost to adding safety equipment. Are Malaysians willing to pay for it?

Of late, no one has done more than Perodua to lift the standard of car safety in Malaysia. It’s not the only carmaker to introduce safety features, but with at least 40% of new car market share, whatever Perodua does (or doesn’t do), impacts many. The Rawang carmaker sells affordable cars to the masses, and each time it takes a leap forward in safety, many benefit from the move. 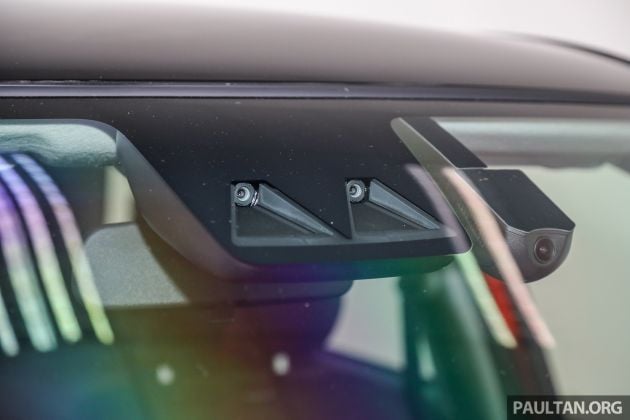 Progress has always been incremental, but the quantum leap came in 2017 with the launch of the third-generation Myvi. That was when P2 introduced its Advanced Safety Assist (ASA) pack, which includes Pre-collision Warning (PCW), Pre-collision Braking (PCB or AEB), Front Departure Alert (FDA) and Pedal Misoperation Control (PMC). It was unprecedented in a sub-RM100k car, never mind that the Myvi AV is just a touch above RM50k.

Market pressure? Zero evidence. To get autonomous emergency braking (AEB) in a Proton today, you’ll have to spend over RM100k on a top of the range X50 Flagship. For the just-launched 2022 Iriz and Persona, Proton opted to allocate budget on more “Hi Proton” features and an SUV bodykit instead of ADAS – the B-segment duo tops out at electronic stability control (ESC, P2 calls theirs VSC).

As for the non-national brands, Honda was the ADAS pioneer, but Sensing is usually reserved for the range toppers – the cheapest model to offer it is the City RS e:HEV, priced at RM106k. Kudos to Tan Chong for giving the latest Nissan Almera AEB across the board starting from the RM80k VL, although the base model has only two airbags.

In any case, the X50 and Almera were launched last year, the City Hybrid in 2021. The Myvi surfaced back in 2017. Then, Perodua could have done the minimum and no one would have blamed them, certainly not the majority of Malaysian customers, who are known to be swayed by fancier features.

With the Aruz in 2019, ASA 2.0 with widened parameters made its debut, and since then, even starter models Axia and Bezza can be had with the stereo camera-based ASA.

Of course, ASA standard across the board and L2 ADAS is not possible for every Perodua model, not when the brand continues to sell the cheapest car in Malaysia. But it’s good that even entry level buyers have the option of safety features like VSC and ASA, at an added cost, of course. Have these options been popular?

Why the focus on Perodua? Aside from the fact that with four of 10 new cars sold, it best represents the Malaysian mass market, these two examples are the only closely-specced variants divided by safety/price that we could find. With near similar specs, buyers picking the more expensive variant are most likely doing so for the extra safety gear. If the spec difference includes plenty of other kit, it skews the observation.

Simply put, these variants give us the clearest indication yet of whether or not Malaysian car buyers are willing to pay more for added safety equipment. Let’s take a look at the sales numbers. 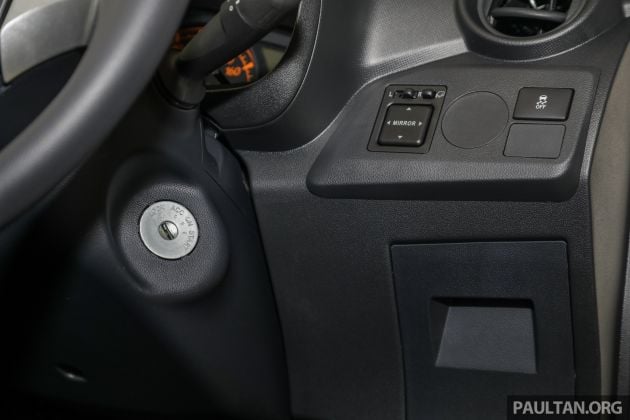 The Axia range was last updated in September 2019, two and a half years after the midlife facelift surfaced. The 2019 update discarded the A-segment hatchback’s two faces for a single look, differentiated by trim. The SUV-inspired Style variant joined the range, alongside the lesser known GXtra, which slotted between the G and Style. What’s the extra in GXtra?

The biggest addition is VSC and rear parking sensors. While the latter can be bought from Shopee, VSC made its debut in the 2019 Axia and was available from the GXtra onwards. Other differences between G and GXtra are powered and retractable door mirrors, rear defogger, silver painted centre stack, driver’s seat height adjustment, grip handles, anti-snatch “handbag hook”, and two rear speakers to make it four.

The Axia G is priced at RM32,485 on-the-road without insurance, with SST exemption. The GXtra goes for RM33,940, which is a premium of RM1,455. Now, some might think that RM1.5k for all of the above extra kit, plus the potentially invaluable VSC is a no-brainer. Yes, but bear in mind that customers in the Axia segment are very price sensitive, and the difference to whether the loan is approved or not can boil down to two digits. Every ringgit counts.

Speaking of loans, the difference between the G and GXtra – based on a nine-year loan with 10% downpayment and 3.2% interest rate (typical for the segment) – is RM399 versus RM417 per month, or RM18. Once again, before you judge, every ringgit counts. 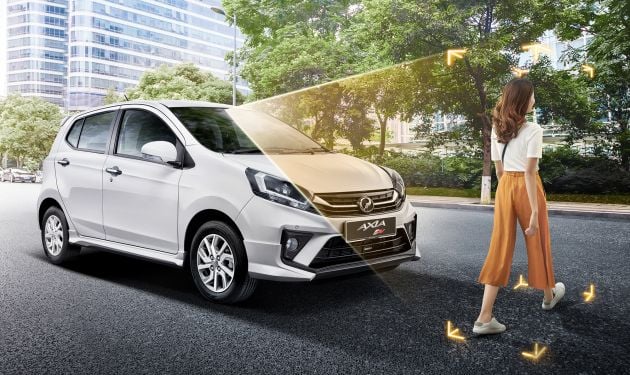 So, it seems like most Axia buyers are willing to pay the extra RM1,455, or RM18 per month, for the GXtra. The latter is simply better value when you consider the list of extra kit, of which VSC is the headlining act.

By the way, if you’re wondering why would Perodua keep the G when the GXtra is so well received, the carmaker explained before that it did not scrap the G – which is effectively the entry variant, as the base E is the manual “driving school spec” with a very basic list of amenities – because of the above-mentioned loan approval and affordability scenario. Ideally, everyone would want the GXtra, but there’s a place for both in the line-up, P2 says. 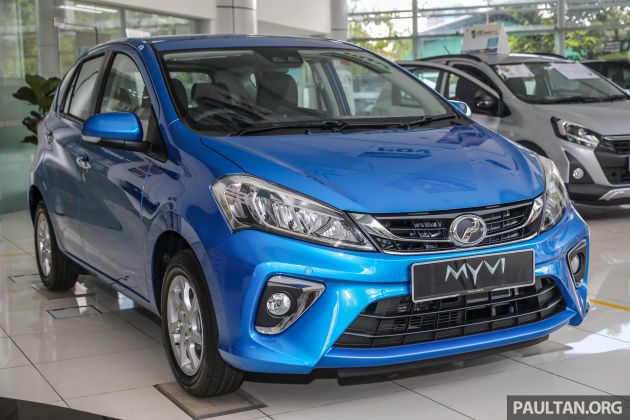 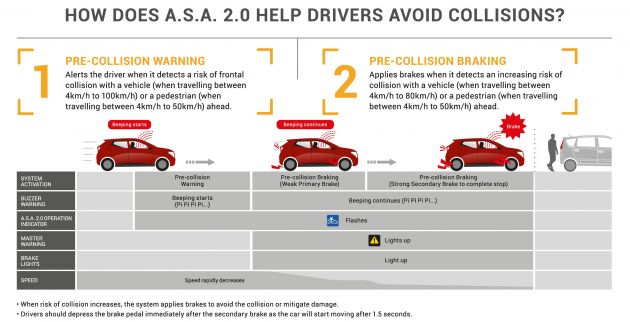 So, it looks like Myvi 1.3 X buyers are ticking the ASA box, and a big portion of Myvi 1.3L buyers are opting for the ASA-equipped car over the 1.3 G, which will save its owner RM50 a month in instalments (nine years, 3.2%). Yes, ASA isn’t the only difference between X and G, and one gains convenience features as well, but we’d like to think that ASA stands out in the list as the biggest upgrade.

One can also point to the Aruz X (1,555 units) versus the ASA-equipped Aruz AV (8,485 units), but that could be down to plain value. The price gap is RM4,700, but the AV gets a long list of extra goodies outside of ASA – auto headlamps, front fog lamps, roof rails, leather, piano black trim, SmartLink for the head unit and a dashcam makes the AV a smart buy.

Furthermore, the Aruz is targeted at – according to Perodua’s market research – replacement car buyers (RCB) and additional car buyers (ACB), people who have a medium to high income looking for a primary family car. This group would have much less problems parting with an extra RM57 monthly.

Even less price sensitive are Ativa buyers. The target profile for Perodua’s newest model is also RCB/ACB and mid to high income, but owners are likely to be single or newly married, using the SUV as a personal car or the household’s second car. No kids = more disposable income. This is why the range topping RM72k Ativa AV is by far the most popular variant, with most opting for the extra cost two-tone paintjob as well. The AV trounced the RM66,100 mid spec H by 9,051 to 2,717 units. The base X? It did less than half of the H.

It appears that buyers at the upper end of the Perodua scale are AV lovers, and that could be down to their greater purchasing power and the comparative value of the range toppers, which safety is just a part of.

If you look at the specs and price list, it’s no wonder why. Before SST exemption, the Bezza AV was a RM50k car. Sure, it has ASA and leather, but RM50k is deep in Myvi territory and a couple of grand more can get you the Myvi AV, which is a much better car.

Even if you discount the Myvi (maybe you really need a boot and the Proton Saga just isn’t an option because of FC), the Bezza AV is RM5,805 costlier than the X – that’s over 10% and a big premium for this segment, even before taking into account the price sensitivity of the target market, which P2 categorises as first time buyers (FTB) in the low to mid income group.

One significant group of car buyers not officially classified by Perodua is e-hailing drivers. The Bezza is probably the most popular car for e-hailing, thanks to the usual P2 qualities (good fuel economy and reliability) plus that huge boot, which is perfect for airport runs. You don’t join the gig economy without counting every ringgit, and the AV makes even less sense for this group.

Another possible factor is that the most popular variants of the Axia (GXtra) and Bezza (1.3 X AT) already have VSC, so FTBs and those upgrading from older cars might view them as “safe enough”, a view that’s not unreasonable.

We are seeing the light 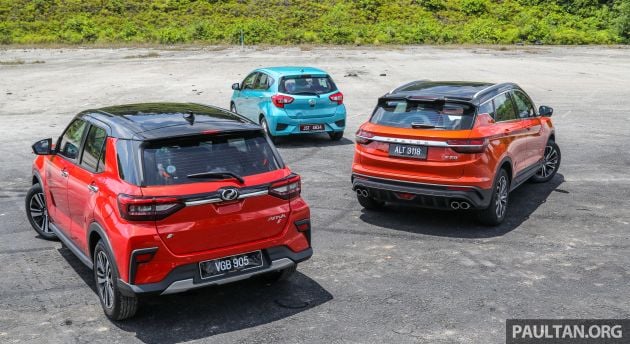 These sales figures hint at Malaysian car buyers willing to pay more for safety features. The success of variants such as the VSC-equipped Axia GXtra and Myvi 1.3 X with ASA is a strong sign that if their budgets permit, car buyers would shell out the premium for safety kit.

This trend should continue to grow, as consumers in the mass market discover new safety equipment and learn first hand how they help protect us on the road – for instance, many motorists had their first experience with AEB in their current Perodua, where in the past, a costly fender bender might have occurred.

The same is happening now with Ativa AV customers, many of whom are trying out driver assist features like adaptive cruise control and lane keep control for the first time. When these owners eventually upgrade, they will demand, at the very least, the same level of safety kit from their next car, if not higher. Currently, AEB isn’t a given in the D-segment, never mind ADAS, while the current G20 BMW 3 Series was launched without AEB (an April 2020 update finally rectified this).

Thus, Perodua’s efforts in democratising safety equipment is beneficial to the Malaysian auto market, by way of lifting overall standards. Looks like it’s beginning to bear some fruit. Customers, even at the entry level, are seeing value in safety, and are now putting their money where their mouth is, so other car brands might want to look at this case study when speccing upcoming models.

Our take is that if it comes down to a choice between putting in more safety equipment or nice-to-have but ultimately non-essential features, the former should always take priority. And by the looks of it, many Malaysians are in agreement – how about you? 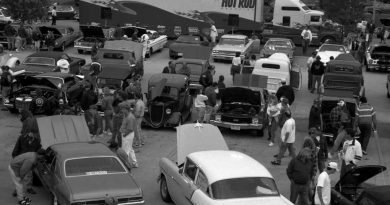 Where It All Began: HOT ROD Power Tour 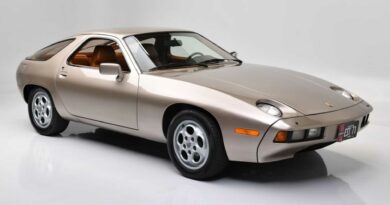