Home » Car Reviews » ‘Always use it for own safety!’ Britons back dashcam use ‒ POLL

Dashcams have increased in popularity in the past few years and police are now encouraging drivers to use a dashcam to record their journeys. The British Motorcyclists Federation (BMF) reports more than 60,000 road users have sent dashcam footage to the police in the last five years.

Their study shows one-third of such cases involving dashcam footage have been actioned by police.

As a result, Express.co.uk asked readers’ opinions on using a dashcam in their vehicles.

In a poll that ran from midday on Wednesday, May 4, to 10am on Friday, May 6, Express.co.uk asked: “Would you use a dashcam in your car?”

In the comments left below the accompanying article, many readers wrote in favour of dashcams.

Username Gardner123 said: “Would not go anywhere without my dashcam, for my own security.”

And username Bobsh said: “Never drive anywhere without it being switched on.”

Others said they have been using a dashcam while driving for several years.

One user, Nelson Montgomery said: “I’ve been using a dashcam for a number of years, especially with the increasing number of idiots who use the road like a race track.”

Username Oh Jeremy said they: “I’ve been using dashcams for 10 years in all my vehicles.”

And username SgtBilko said they have “been using one for years”.

Meanwhile, username Newyorklady wrote: “I have one in front and one at the back.”

The BMF says it “provides a single online gateway to uploading to any police force in the country”.

The BMF Chair, Jim Freeman, said: “The use of dashcam evidence has been variable across different forces.

“There have been instances reported to the BMF of recordings of serious incidents, involving serious injuries to riders, with GPS locators and third-party recordings being ignored, for unstated reasons, by local accident investigators.”

He added: “Any attempt to co-ordinate and standardise the way this is done has to be a good idea.”

Some readers said they have a dashcam to protect themselves rather than to inform the police about other drivers.

Username WhenItRainsItPours said: “I have a dashcam in my car but it will never be used to grass on people to the police.

“I use it to protect myself from false claims and my no claims bonus if others hit my car.”

And username sutty61 wrote: “I’ve got one but not for dropping anyone in it more for self-preservation when someone claims an accident is my fault when it isn’t.”

At present, all police forces in England and Wales accept dashcam footage as evidence apart from Lancashire Constabulary and Greater Manchester Police. 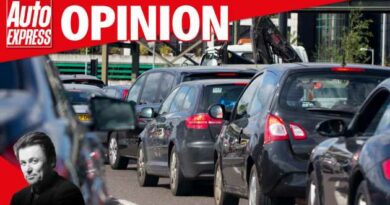 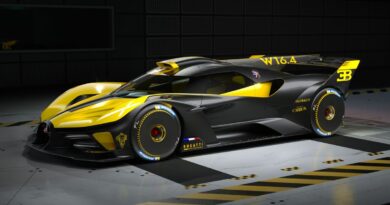