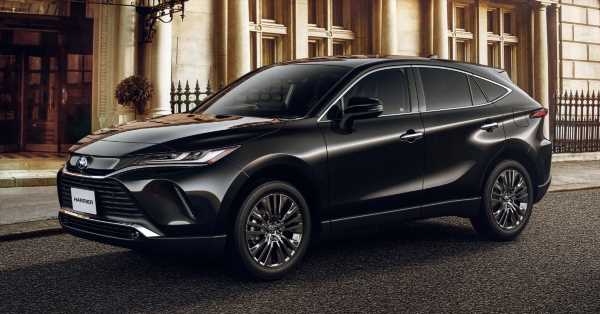 The fourth-generation Toyota Harrier has been announced for a debut in June this year, where the TNGA (GA-K) platform-based SUV will debut with petrol and petrol hybrid variants; the 2.0 litre turbocharged petrol engine appears to have been dropped from the new model’s line-up.

The new range of engines for the Harrier is comprised of a 2,487 cc direct-injection four-cylinder petrol for the Hybrid, which includes a 120 PS/202 Nm front-axle mounted motor, and a 1,986 cc direct-injection Dynamic Force naturally-aspirated petrol engine with 171 PS at 6,600 rpm and 207 Nm at 4,800 rpm.

Measuring 4,740 mm long, 1,855 mm wide and 1,660 mm tall with a wheelbase of 2,690 mm, the five-seater Toyota Harrier gets MacPherson Strut front suspension and a double-wishbone layout at the rear, with ventilated discs at the front and solid discs at the back. On both powertrain options, wheels are 19-inch items all around, shod in 225/55R19 tyres.

Safety kit on the fourth-generation Harrier includes the latest Toyota Safety Sense suite, comprised of a pre-collision safety system that detects pedestrians both during daytime and at night, as well as cyclists during the day, says Toyota. Intelligent Clearance Sonar with Parking Support Brakes for stationary objects aims to help avoid or mitigate low-speed collisions, such as when manoeuvring in parking lots.

Inside, the new Harrier also gets a Digital Inner Mirror, a Toyota first, which enables the recording of images in front of the vehicle as well as behind it when driving. Infotainment in the Harrier now features a T-Connect SD navigation system with 12.3-inch TFT wide touch-display screen with SmartDeviceLink as well as support for Apple CarPlay and Android Auto. Audio comes courtesy of a JBL sound system with nine speakers. A panoramic roof also features in the Harrier as another Toyota first, and this is outfitted with both electrically operated shades and electrochromatic panels, which coutribute to the SUV’s ‘feeling of quality’ with soft light entering the cabin. Sound-absorbing windows, along with further sound-absorbing and vibration-controlling materials enable greater comfort and quietness over a range of road conditions, says Toyota.

At launch, the fourth-generation Toyota Harrier will be available in seven colours, in three trim variant levels for both internal combustion and hybrid powertrain versions. 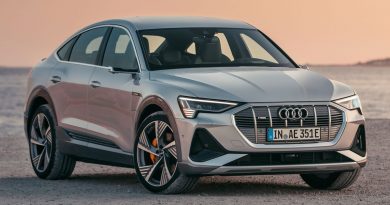 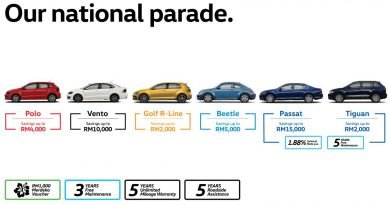 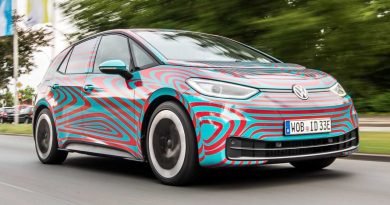 2020 VW ID.3 Teased For The Last Time Ahead Of Frankfurt Reveal