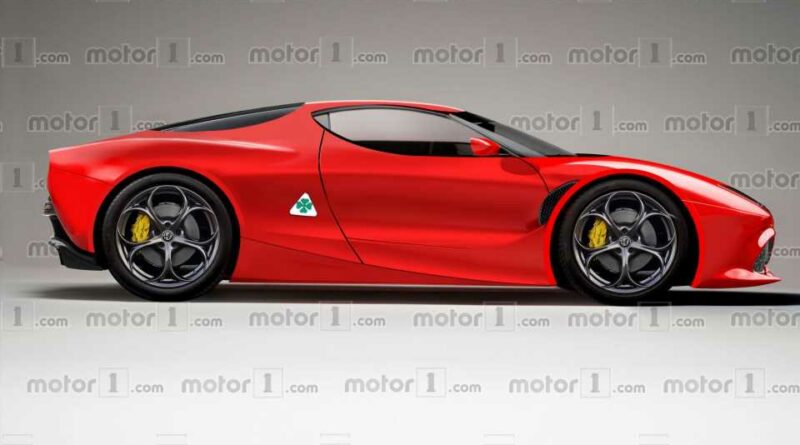 In June 2018, Alfa Romeo revealed a product roadmap that listed GTV and 8C models scheduled to come out by 2022. However, an updated version of that image from FCA’s Q3 2019 results sadly did not include those two revivals anymore. To the disappointment of enthusiasts, plans for a Giulia Coupe and a mid-engined supercar were shelved. However, a new report claims there still might be an exciting ICE-powered Alfa before the brand goes electric.

Car Magazine has it on good authority Alfa Romeo will present a “design study” for a fully fledged supercar as early as next year. Provided there’s going to be enough interest, a low-volume production car will be launched by the middle of the decade. At the heart of the performance machine will allegedly be the twin-turbo 2.9-liter V6 engine from the Quadrifoglio-spec Giulia and Stelvio where it pumps out 505 horsepower and 443 pound-feet (600 Newton-meters) of torque.

Lest we forget Alfa Romeo briefly sold a Giulia GTA/GTAm with the six-cylinder engine dialed to 533 hp while retaining the same amount of torque. The report doesn’t exclude the possibility of a hybrid powertrain with Formula 1 know-how by banking on the tie-up with Sauber. A carbon fiber monocoque chassis like the reborn 8C was supposed to have is a distinct possibility, also with a potential connection to Sauber and/or sister brand Maserati with its MC20.

Take these details with the proverbial pinch of salt, but it would be sad not to have a proper sendoff for the V6 engine before Alfa Romeo goes electric. Per a document released a year ago by parent company Stellantis, the fabled Italian brand will become a purely electric brand in enlarged Europe, North America, and China in 2027. The next-generation Giulia has already been announced as an EV, but it might not be a traditional sedan anymore.

Alfa Romeo had no issues selling all 500 examples of the Giulia GTA/GTAm even though these were extremely expensive, reaching €180,000 in the case of the latter. An ICE finale would be an instant collectible, especially in a desirable supercar form. Hopefully, there’s some truth in all of this and we’ll get the last hurrah from gasoline Alfas before everything becomes electric.

Note: Pictured here are our renderings of the GTV / Giulia Coupe and 8C made before the cars were canned. 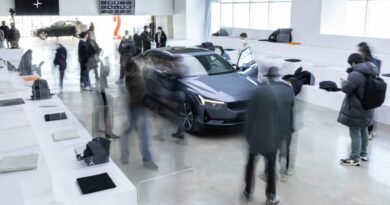 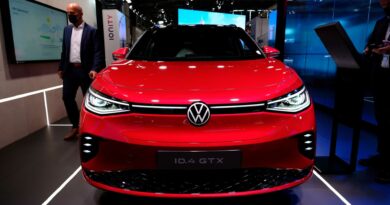 Analyst: VW On Track To Pass Tesla As Top Global EV Brand By 2025 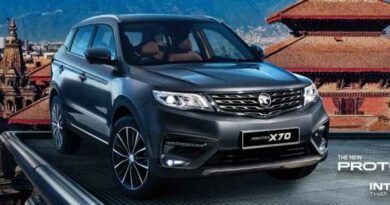