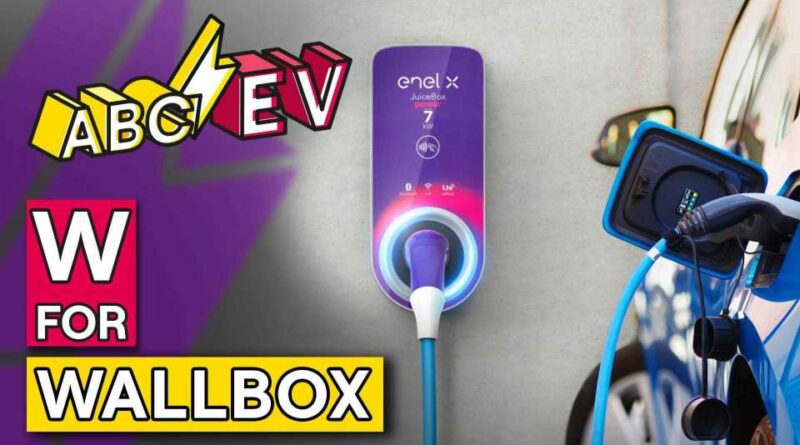 Hello again, and welcome back to another busy installment of the ABC of EVs. Today, we’re having a look at Wall Chargers.

What is a Wall Charger?

So what do we mean by a Wall Charger? Well, let’s take a step back and make sure that we’re all on the same page here. We’re going to be talking about those smaller units that people mount on a wall of their house or garage for slower home charging. You’ll also see them installed in commercial premises like hotels and some car parks. They are generally smaller units with an AC power supply of about 7kW.

We just mentioned charging speeds, but let’s take a deeper look so that we have a bit of context to what these units do. And if you want to get a bit more understanding of AC and DC charging then have a look at our other videos.

So, in a sense you could call a regular domestic socket in your garage a wall charger, couldn’t you? From this socket, you could charge your car, depending on what country you live in, at about a rate of 2kW. So that would take just over 30 hours to fill a Hyundai Kona from 0 to 100%. In essence, you’re putting about 10 to 15km range per hour into the car.

But we’re not going to focus on domestic sockets today, so what’s the next step up from that? This is where the standard Wall Charger comes in. These units will be physically bigger than a domestic socket, but also more powerful. Some units are very compact, maybe the size of a small pot, or a little takeaway carton that you get fried rice in. Others that are used in more commercial settings can be bigger, maybe the size of a small carry-on case you’d bring on the plane for a short trip.

Charging speeds of these types of units will be about 7kW -11kW typically on single-phase electricity. We’re talking about AC here, so it would be possible to scale up to 22kW units, and even beyond in some cases, but that’s not what we’re talking about today. So without upgrading the electrics in your home, which we will touch on later, you’re probably going to have a 7kW charger on a 32-amp circuit. That’s enough power to put around 40km of range into your car per hour. Obviously, that’s a lot slower than the DC chargers you see at motorway stations and the like, but let’s face it, if you’re asleep in your bed then it doesn’t matter how long your car spends charging overnight…it’s gonna be full when you wake up the next morning!

There are some limitations to bear in mind though. For example, some older EVs such as some early Nissan LEAFs only charged on AC at a rate of just over 3kW. So even if you had a 7kW charger you could only take about half that power. On the flip side of that, a lot of modern EVs can take more than 7kW. In the case of the trusty Renault Zoe and the upcoming Nissan Ariya, the car could take a whopping 22kW, but would obviously be limited to the 7kW of the charging unit itself.

Wiring to and in your house

Let’s move on to wiring and the electrics in your house. This is a complicated one that we’re gonna try make simple. You see, different countries around the world have different grades of power supply. For example, some countries operate at a low 120v. Many, like where I am, operate at about 240v. Another difference between countries is power supply to the house itself.

Staying with where I live in the UK, it’s almost unheard of for any house to have anything more than single-phase electricity supplied. Whereas in some other countries, 3-phase is more common and supplies much more power to the house. Obviously, many commercial buildings and offices will have a more robust power supply, and may be able to accommodate a whole bank of chargers for their customers and staff.

Another thing to bear in mind is the quality of the electrics within your home. Some older properties may not have had the wiring updated for a long time. Have you ever had an electric shower installed in your house, and the electrician told you that you would have to upgrade something? It’s a similar idea here. The installation of a charger may not be as simple as you think. They may have to install diverter switches to make the charger safe and avoid overloading your house’s supply.

So far we’ve spoken mostly about domestic wall chargers. But what about commercial ones? Well, they may well be the most important as we transition to a future of EVs. Consider the number of miles that commercial vehicles do in their lifetime. Taxis, couriers, postal vans, police cars, buses and so many other types of vehicles. At the moment they’re churning out stinky diesel fumes and it would be great to convert them all to electricity. But we’ll need somewhere to charge them.

For many of these commercial vehicles, they operate a working week, so they’ll spend evenings and weekends in a depot. Plenty of time to charge up for the next day’s work. Many city delivery vans may only use 5 or 10kWh of energy in a day’s work, so could even be charged up in the time it takes the driver to have their lunch break!

So, that was a pretty packed show today, so much to fit in. And if you want more details, be sure to check out our other videos on AC charging, DC, Vehicle to Grid, different connectors, and many many more! 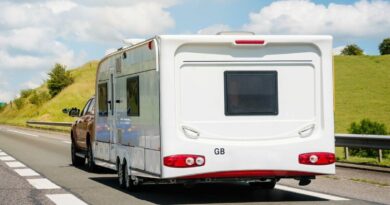