Here is how the curve changed, despite the power cap at 50 kW.

Today we will take a look a little bit into history and compare fast charging of three iterations of the BMW i3 (21.6, 33.2 and 42.2 kWh battery versions) and the related MINI Cooper SE model (32.6 kWh).

Those small electric cars are not expected to fast charge very quickly, but we would like to check whether BMW upgraded them in any way and what they offer. There are a few interesting findings in this report – small bricks in the foundation for further reports on newer models.

Data for this analysis comes from Fastned’s fast-charging network, which is also an invaluable source for info about charging.

Let’s first see the latest BMW i3 model, and then compare all four cars together. 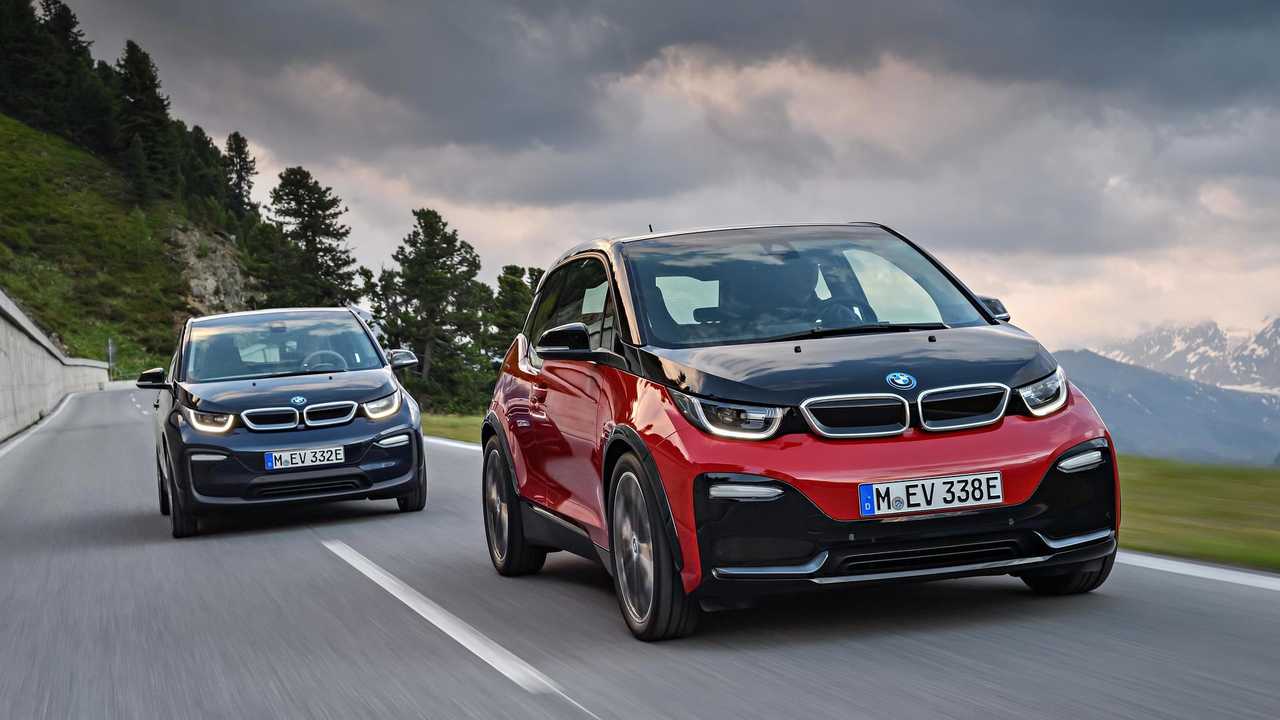 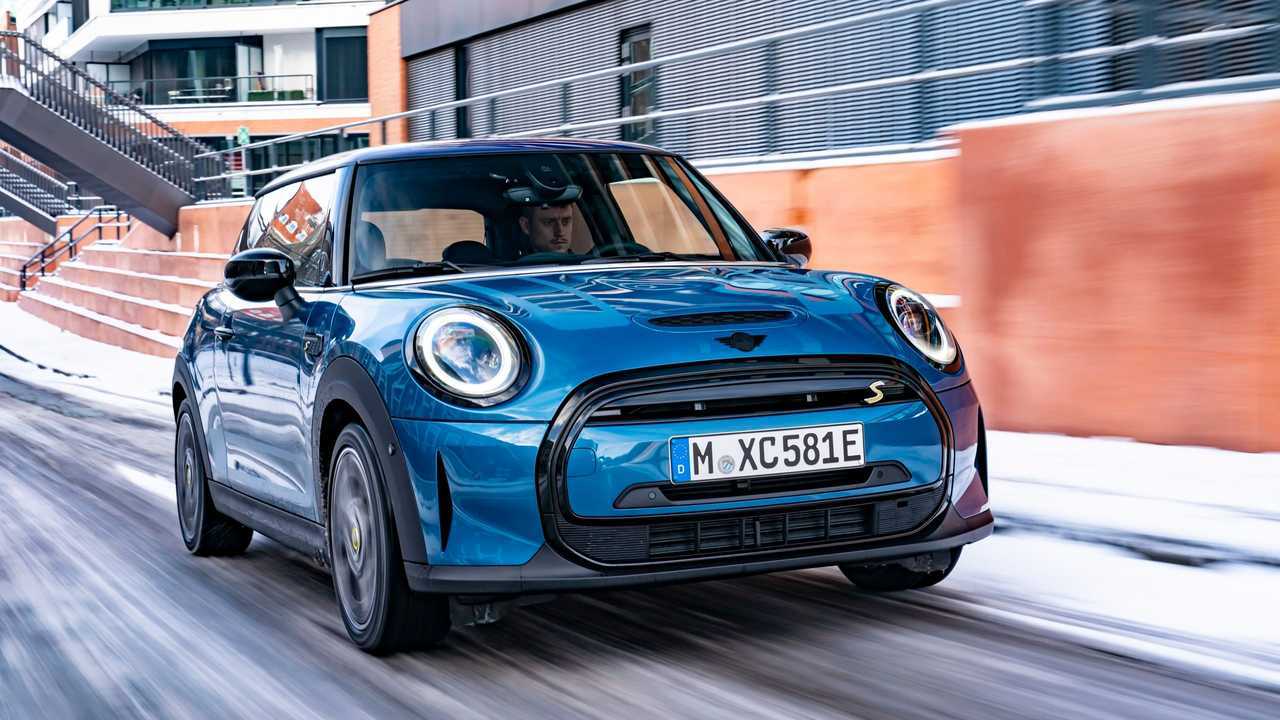 The first comparison – of charging power curve – of three iterations of the BMW i3 and the MINI Cooper SE, reveals that BMW has increased the battery capacity (through using more energy dense cells), but probably did not touch the charging systems.

As a result, the power looks like it would be capped at 50 kW. We guess that the reason for that is to minimize costs on one hand and a conclusion that 50 kW for this type of cars is enough.

However, the charging curve has improved solely through the switch to a bigger battery capacity, because, as we can see, the bigger the capacity, the longer (to a higher SOC) the car was able to accept the peak value. The 22 kWh was falling at over 60% SOC, 33 kWh at around 80% SOC, while the 42 kWh was able to go up to almost 90% SOC. 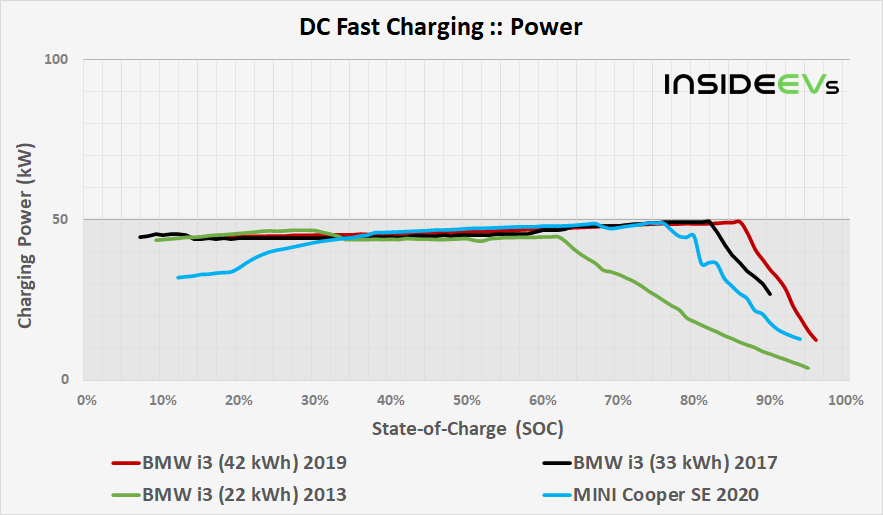 If the charging power is similar, then clearly the packs with higher capacity will be operating in “easy” mode, at under 1.5C, compared to the original 22 kWh battery (over 2C). 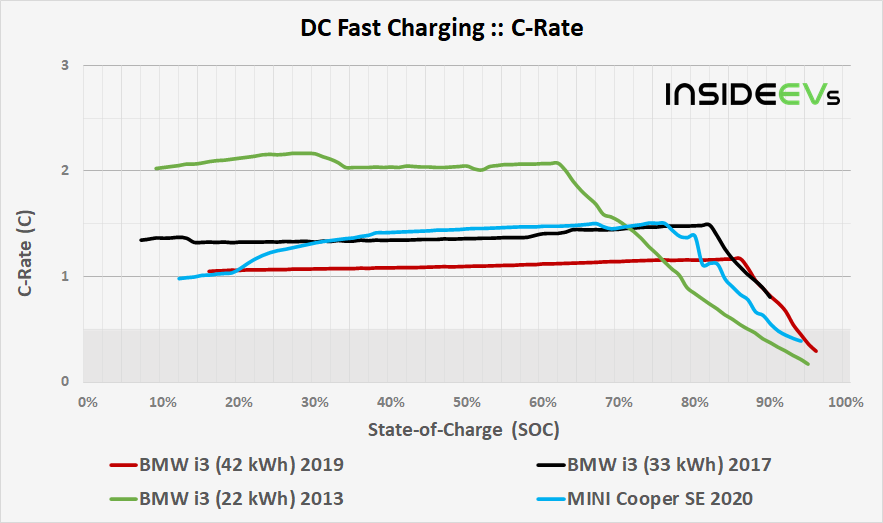 The speed of replenishing range is not particularly high, but high enough for the purpose of city cars that probably fast charge rarely. 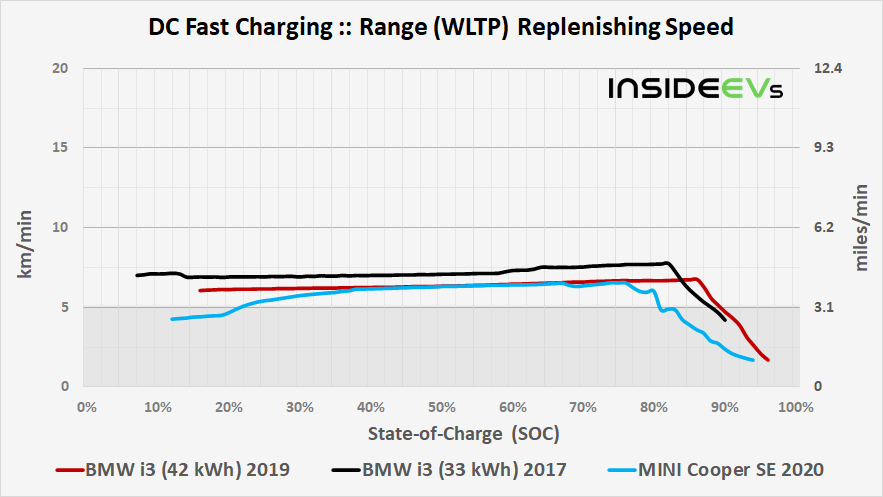 The conclusion from today’s analysis is that the new BMW i3/MINI charges faster thanks to higher battery capacity, despite the charging system being capped at 50 kW.

Here is all the data for the currently available BMW i3 and MINI Cooper SE: 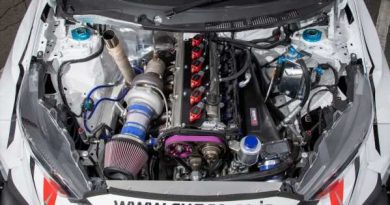 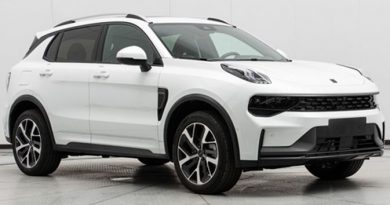 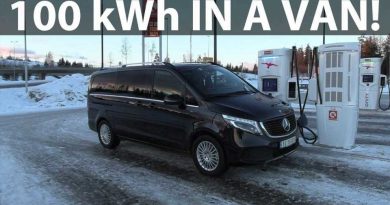