Several of Britain’s roads are being restricted to 20mph with some London boroughs introducing a blanket limit on almost all roads. However, the lower speed limits have been slammed, with a new poll of Express.co.uk readers showing that most are opposed to the move.

Transport for London (TfL) has proposed that 28km of roads in the boroughs of Camden, Islington, Hackney, Haringey and Tower Hamlets all have consistent speed limits of 20mph. It is part of a wider plan to lower speeds on 220km of London’s roads by 2024 to help meet Mayor Sadiq Khan’s Vision Zero goal. The lower speed limits will also help make the capital safer and more attractive for communities while encouraging sustainable transport and reducing congestion.

Following consultation, work on the scheme to change the speed limit could begin as early as February 2023, with the Metropolitan Police working with the TfL to inform motorists about the changes.

TfL’s head of healthy streets investment, Penny Rees, said: “Ensuring the safety of Londoners and visitors is paramount. The introduction of 20mph speed limits would not only save lives but also encourage Londoners to travel in more active and sustainable ways. Making London’s streets safer for people walking and cycling is our top priority and 20mph speed limits significantly reduce road danger.”

London Campaign Coordinator for 20’s Plenty for Us, Jeremy Leach, said: “Having a consistent 20mph limit on almost all of the TfL roads across these five boroughs will help enormously in bringing vehicle speeds down on these roads and making them safer and more attractive for everyone who uses them.”

In a poll that ran from 2pm on Tuesday, November 22, to 2pm on Friday, November 25, Express.co.uk asked readers: “Should more roads be restricted to 20mph?”

Whereas 12 percent (278 people) said “yes” in favour of 20mph speed limits, and a further four people said they did not know either way.

In the dozens of comments left below the accompanying article readers took part in a lively debate.

Most readers argued against 20mph zones being introduced, with many suggesting that it should only be enforced outside schools. Username CHiPs said: “Nothing wrong with reducing the speed limit near schools. But a blanket 20mph is just a revenue raising scam.”

Username Lazy Git said: “No…I’ve nothing against 20mph speed limits outside schools and nurseries and on residential back roads, but most certainly not on main A and B roads.”

Username jumbo said: “Bonkers. OK outside schools but regular traffic has to keep flowing or more jams, more pollution and anger,” while sername swebb added: “20mph only outside schools during school opening times only.”

And username Mud Guru said: “The speed limit is just another scam.”

ULEZ to be expanded to the whole of Greater London [LATEST]
Should elderly motorists be forced to retake driving test? [VOTE]
Delaying 2030 petrol and diesel car ban would ‘harm’ electric cars [REPORT]

Other readers commented that driving at the reduced speed is more damaging to the environment, with username Norfolk Boy writing: “Driving at 20 mph is more polluting.”

Username tulip44 said: “All the 20mph will achieve is increased pollution as cars are not efficient at that speed.”

Another, username Seashanty10, said: “I thought the idea was to get lower emissions not higher ones due to having to drive in a lower gear.”

And username SpotTheCat wrote: “20mph is 3rd gear, really inefficient. What about the climate emergency and emissions?”

Wales will become the first nation to introduce a 20mph speed limit scheme on many roads in residential and built-up areas from September 2023.

“Slower speeds also create a safer and more welcoming environment, giving people the confidence to walk and cycle more, which will help to improve our health and wellbeing and help to improve the environment. As with any change we know it will take time for people to adapt.”

The Royal Society for the Prevention of Accidents suggests that pedestrians are 5.5 times more likely to die as a result of a collision with a vehicle travelling between 30-40mph compared to 20-30mph.

Yet new research has revealed that road speeds being reduced from 30mph to 20mph has “little impact” on road safety.

The research, conducted by Queen’s University Belfast, Edinburgh University and the University of Cambridge, found little difference to road safety over the course of three years on 76 streets in Belfast, but did find reduced volumes of traffic.

The researchers from the Journal of Epidemiology and Community Health said: “Our findings showed that a city centre 20mph intervention had little impact on long-term outcomes including road traffic collisions, casualties and speed, except for a reduction in traffic volume.

“Future 20mph speed limit interventions should consider the fidelity of enforcement, context and scale of implementation.” 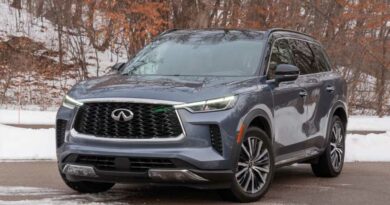 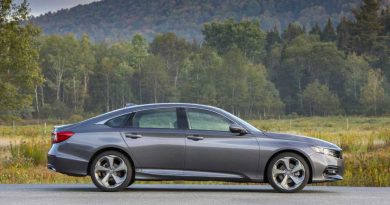 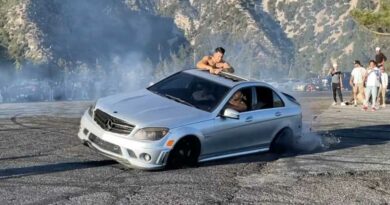