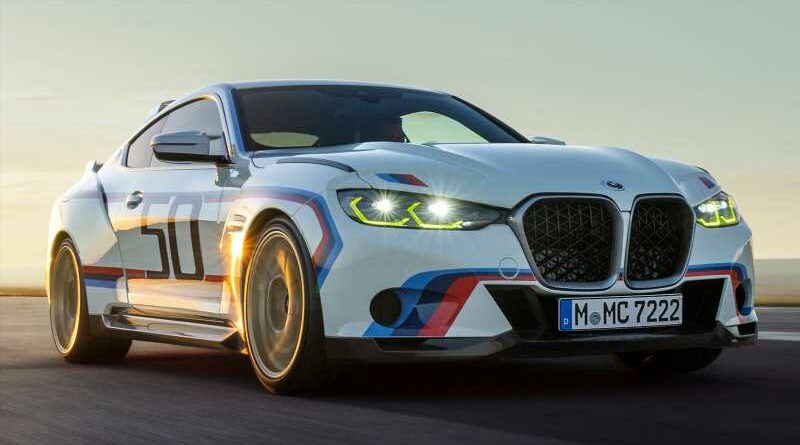 It’s the 50th anniversary of BMW’s M performance and motorsport division, and the company has been celebrating with a lineup of limited and special edition models all year, but it showed off something that no other BMW can hold a candle to. The new, performance-breaking 2024 BMW 3.0 CSL is the third M exclusive model announced after the upcoming BMW XM SUV and the classic BMW M1 supercar. It’s an immediate icon, looks be damned.

The new CSL (Coupe, Sport, Lightweight) is obviously modeled after the classic “Batmobile” road and race car from 50 years ago (as well as a controversial heritage BMW concept car design from 2015). The original CSL was a special, separate addition to the model lineup and was overhauled with a powerful engine and lightweight body panels, with limited road homologation and quite a few touring car competition wins under its belt. In 1973, the original CSL won the European Touring Car Championship in its opening season, and went on to win five more times from 1975 to 1979, making it one of the most successful touring cars of its era.

The original car and its 206 hp seems quite humble today, but it weighed just 1,270 kg (2,800 lbs) and had an impressive power-to-weight ratio of 6.2 kg per hp. By comparison, the 2024 CSL BMW carries a measly 2.9 kg per hp. Still, BMW says its new 3.0 CSL is the most exclusive model the brand has ever produced, featuring the most powerful I-6 engine it’s ever engineered for road use.

While the new one isn’t a direct homologation special like the original, the 4 Series-based 2024 BMW 3.0 CSL’s power unit is sourced from the 2022 BMW DTM racing car’s straight-six engine, with a rigid crankcase in a sleeveless closed-deck design, a forged lightweight crankshaft, and a 3D-printed cylinder head core. In the road-going CSL, the engine is good for 560 horsepower and 405 lb-ft of torque; that might is sent to the rear axle. all 50 limited models being produced will feature a six-speed manual transmission with optional shift assist.

The new CSL gets a locking active M differential, double-joint spring strut front axle and five-link rear axle active suspension, 10-level traction control, and M carbon ceramic brakes. The original car’s performance was partially achieved in keeping the body light, helped by an aluminum hood, trunk lid, and doors, with other body panels made out of thin sheet metal and plastic. The modern version carries the same lightweight principles, incorporating carbon fiber reinforced plastic (CRFP) parts on “virtually all bodywork sections,” according to BMW, including the roof, hood and trunk, side panels and side sills, rear diffuser, rear wing and spoiler, and front and rear aprons. The roof spoiler is a glass fiber reinforced plastic (GFRP), and the engine bay’s precision strut bars are cast aluminum.

As for adornments, there are also model-specific lightweight, gold-painted, center-lock style wheels measuring 20 inches on the front and 21 inches at the rear that are wrapped in custom Michelin rubber, as well as a reworked kidney grille with a lattice-shaped diamond structure, and yellow-hue headlights referencing BMW’s impressive modern GT racing cars. The quad exhaust is tipped with a lightweight titanium silencer that saves 4.3 kg, or 9.5 lbs, and there are two BMW logos mounted in the heritage position on the C-pillars in the iconic “Hofmeister kink” window design.

Inside, the rear seating area has been replaced with room for two integrated helmets; the two M carbon bucket seats in black alcantara also feature removable headrests for track day helmet wearing. There’s exposed CFRP trim on the doors, which also have reduced acoustic insulation to save weight, and contrast accents and stitching in Alpine white, including the anniversary white shift lever.

BMW says the carbon body’s Alpine white base coat covers 22 individual, hand-processed panels, with carbon peeking through for the unpainted lettering on the roof and rear wing. The car goes through 8 assembly cycles and 30 pairs of specially-qualified hands, and takes up to 10 days total to complete, with all 50 units taking about three months total based out of BMW’s biggest European Dingolfing plant. The automaker says the car had to be crash tested, but considering the low volume and Euro production, it’s unlikely very many ever make it to the U.S. We’ll be lucky if any ever see the light of day after they’re sold, given how limited they’ll be, and considering that Road & Track reported the unpublicized pricing could be as high as $780,000. 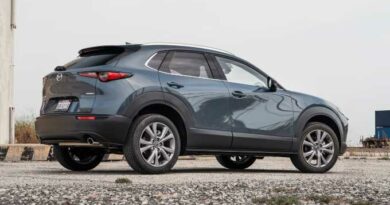 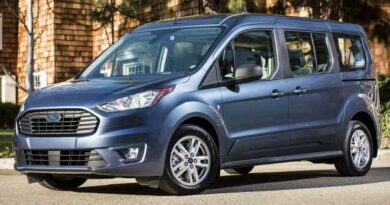 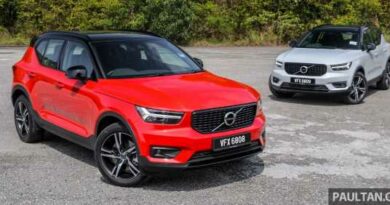