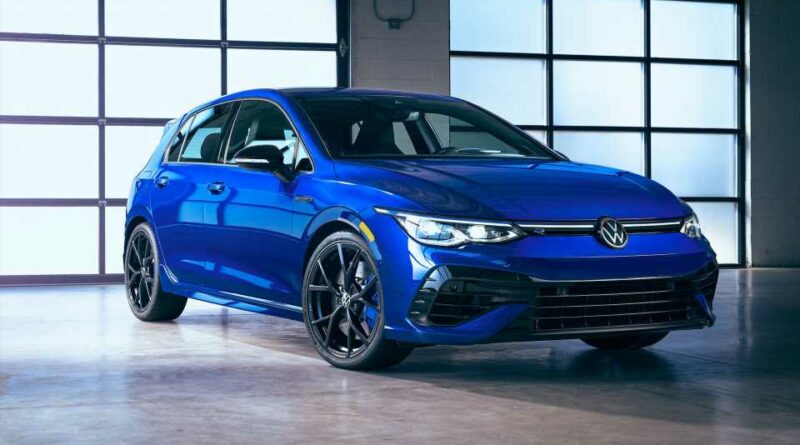 For many of us, 2002 feels far more distant than 20 years ago. The world has drastically changed since then—just think about it. Smartphones weren’t even around. One thing that was around and stuck around is Volkswagen’s Golf R, even if it has drastically advanced since then. The hatchback’s beginnings as the still beloved Golf R32 in Europe and, later, here in America, gave way to a lineage of hardcore Golfs, though they’ve long since dropped the “32” from their names, leaving them as Rs only.

Those original R32s used a 3.2-liter VR6 engine (VW’s narrow-angle V-6), so naturally, when the follow-up arrived with a 2.0-liter turbo I-4, the “32” part of the name went away. The R has kept the same all-wheel-drive, turbocharged-four-cylinder layout since, and now VW is celebrating 20 years of “R” with a limited-edition 2023 Volkswagen Golf R 20th Anniversary Edition limited to under 2,000 examples and just three color options for the North American market.

Typically badge and paint “Anniversary Editions” of performance cars, you know, the kind that lack performance enhancements, aren’t terribly thrilling. Brand aficionados usually eat them up, of course, for their rarity or special colors. Volkswagen combines the usual style upgrades and rarity with a few interesting twists for its Golf R 20th Anniversary Edition. A quick note, too: This version is distinct from the “20 Years Edition” Golf R introduced for Europe earlier this year.

The first and really only performance enhancer? VW deletes the Golf R’s sunroof, reducing some mass from the Golf’s roof, likely lowering the center of gravity fractionally relative to a normal R. Inside, the Golf R’s interior is treated to real carbon fiber trim, which VW says is a first from the brand. But wait, didn’t our European friends had a shot a few years back at the über rare and ultra-efficient XL1 diesel-hybrid, which not only sported a carbon fiber monocoque, but also featured carbon fiber in its interior? VW clarified to MotorTrend that the Golf R therefore is “the first mass-produced VW with carbon fiber trim, and first ever for North America.”

Everything else is standard Golf R, which includes the 315-hp 2.0-liter turbocharged E888 I-4, six-speed manual or seven-speed dual-clutch automatic transmission choices, front 14.1-inch cross drilled rotors, and 235/35R19 summer tires. Every R gets all-wheel drive with torque vectoring and DCC electronically adaptive dampers. These mechanicals make every Golf R fun to drive, at least when you don’t accidentally bump the sensitive capacitive touch controls on the steering wheel, meaning the 20th Anniversary should be just as zippy.

So, what about those visuals? The Golf R 20th Anniversary Edition will only be offered in three colors, each with contrasting mirror cap colors. Lapiz Blue (pictured here) will come with gloss black mirror caps, while Deep Black Pearl and Pure White will come with Lapiz Blue mirror caps. Regardless of paint color, the 19×8-inch Estoril wheels are finished in Gloss black. There are also special blue finished R logos on the bumpers and front fenders while a gloss black 20th Anniversary badge on each B-pillar. The “R” logo will also have a blue finish on the steering wheel clasp, and the key fob will also be unique to the Golf R 20th that has a blue “R” logo painted on it.

Finally, the Golf R 20th Anniversary Edition won’t cost you much more than a standard Golf R. The six-speed manual version starts at $46,035, and adding the seven-speed DSG will cost $800. That represents an $850 premium over equivalent regular Rs. The only problem is that only 1,800 models of the 20th Anniversary Edition will be available. If you’re an absolute VW Golf and “R” fan, you can’t miss this, otherwise you can opt for the standard Golf R that’s already an amazing vehicle—again, save for its frustrating interior climate and radio controls. 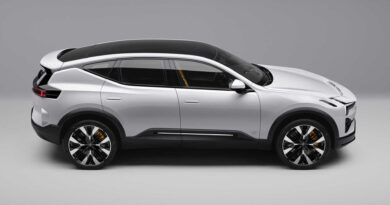 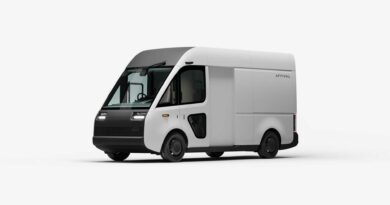 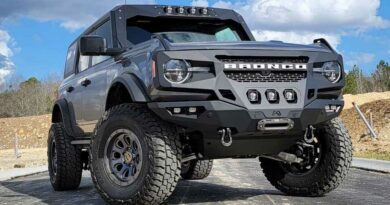