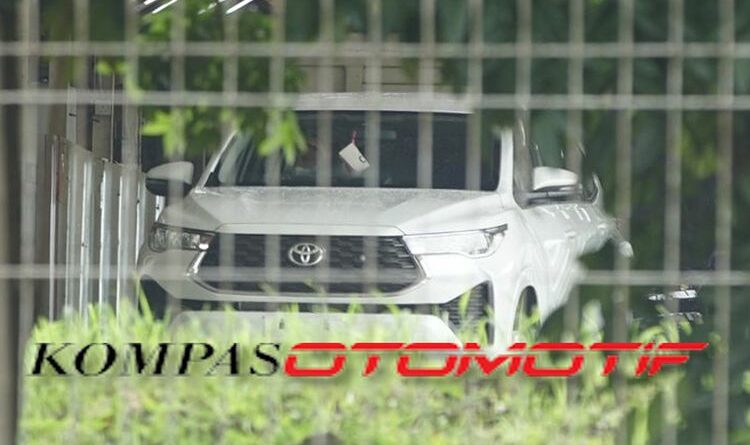 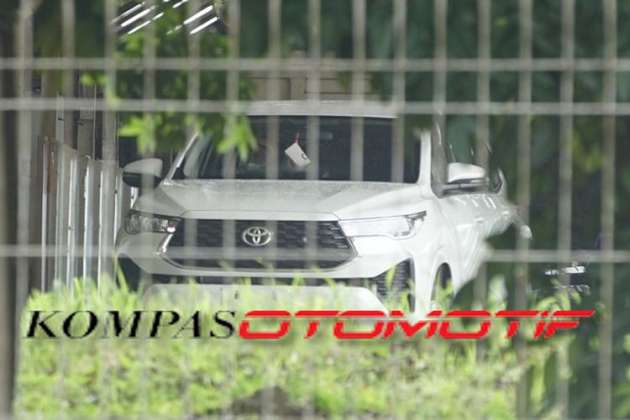 After teasing the front fascia of the third-generation Toyota Innova last month, the Japanese carmaker has now confirmed that the upcoming MPV will be offered with a hybrid powertrain. This is based on a recent image posted on Toyota Indonesia’s social media pages and official website.

Clearly visible on the door is a ‘Hybrid’ badge, which is the same one you’ll find on the Corolla Cross Hybrid we have here. Other design cues that are highlighted include prominent wheel arches, a gradually rising beltline and slightly sloping roofline.

Spyshots from Kompas also reveal a bit more of the MPV’s face, which sports a large hexagonal-shaped grille flanked by angular headlamps, while the lower apron features a wide H-shaped trim piece that contrasts with the body colour.

The new Innova will be built on the Toyota New Global Architecture (TNGA) instead of the Hilux-based IMV chassis used by its predecessors. As such, it will make the switch from a longitudinal-mounted engine, rear-wheel drive setup to a transversely-mounted engine and front-wheel drive.

The TNGA platform was developed to handle electrified powertrains as we’ve seen with the Corolla Cross Hybrid and fully electric Lexus UX300e. The former’s hybrid powertrain could make its way into the Innova to deliver a total system output of 122 PS, with the setup consisting of a 2ZR-FXE 1.8 litre Atkinson-cycle four-cylinder engine (98 PS/142 Nm), eCVT and an electric motor (72 PS/163 Nm).

In Europe, the Corolla Cross Hybrid’s powertrain is more powerful with a Dynamic Force M20A-FXS 2.0 litre unit (152 PS/190 Nm) and electric motor rated at 113 PS and 206 Nm for a total system output of 197 PS. We expect the less powerful hybrid powertrain to be used for the Innova, but we’ll wait until the full reveal to confirm.

We could even see an all-electric version in the future seeing how Toyota tested the waters by presenting the Kijang Innova EV Concept, although this won’t enter production because of the IMV platform that presents plenty of challenges and was deemed not economically viable – the switch to TNGA may present a solution.

According to Kompas, the all-new Innova will be launched this month on November 17, with the hybrid variant set to be called the Innova Zenix Hybrid and estimated to retail for 455 million rupiah (RM137,745). For context, the outgoing Kijang Innova in mid-spec V guise is 422.9 million rupiah (RM128,027), while the upmarket Venturer goes for 494.4 million rupiah (RM149,653). 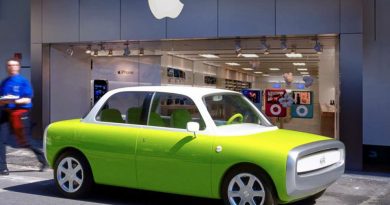 Hyundai-Kia say they are not in talks with Apple on making autonomous cars – was it ever real though? – paultan.org 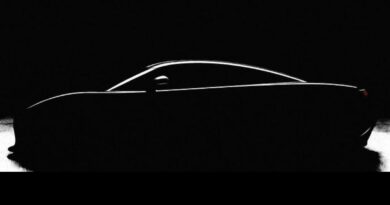 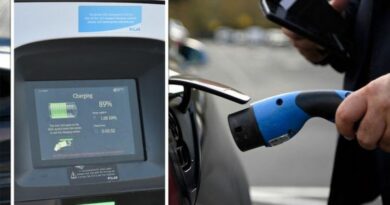