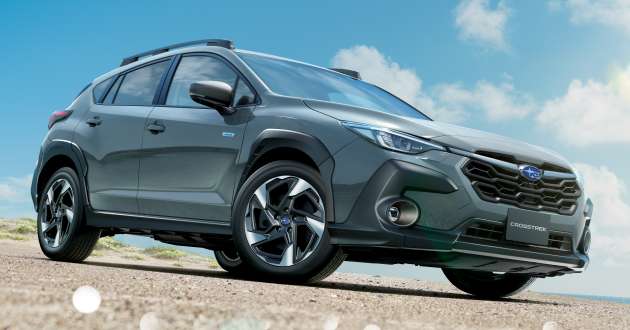 Following its global debut in September this year, the all-new Subaru Crosstrek has now gone on sale in Japan. The name may be unfamiliar to us because we know the crossover as the XV here in Malaysia, but it isn’t for customers in North America.

Previously known as the XV Crosstrek in that part of the world, Subaru has dropped the ‘XV’ moniker since 2015, and for the third-generation model, it simply went with a single global nameplate, the Crosstrek.

In its latest form, the Crosstrek measures 4,480 mm long, 1,800 mm wide, 1,575 mm tall and has a wheelbase spanning 2,670 mm. That makes it slightly longer than its predecessor by 15 mm and with a decreased height by 40 mm, although the width and wheelbase remain identical. The ground clearance is a relatively off-road-friendly 200 mm.

Along with the revised dimensions, the crossover, which is built on an updated version of the Subaru Global Platform (SGP), also sees an evolution of its design. The profile is a familiar one, accompanied with a new front end that features sleeker headlamps that are visually connected by a trim piece running across a larger hexagonal-shaped grille. 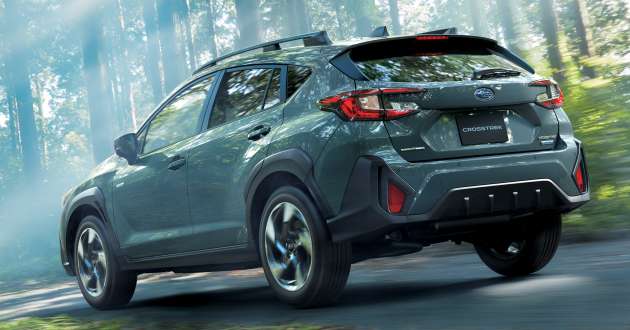 The fog lamp surrounds are also made more prominent, while the side surfaces have been tidied up to have less creases. As per convention, there’s cladding over the wheel arches and rocker panels, the former with air extractor vents on the front. As for the rear, the brand’s signature C-shaped taillights replace the blocky units of the past, while the lower apron receives rugged-looking trim in matte black.

Inside, the Crosstrek follows in the WRX’s footsteps by adopting a portrait-format infotainment touchscreen that integrates the controls for the climate system. Measuring 11.6 inches diagonally, the display is flanked by vertical air vents on the simpler dashboard that retains an analogue instrument cluster and revised steering wheel.

On that mention, the Crosstrek gets just one engine option in Japan, which is a FB20 2.0 litre naturally-aspirated flat-four that is augmented by a 48-volt mild hybrid system. The latter consists of a 4.8-Ah battery under the boot floor that is linked to a MA1 electric motor rated at 13.6 PS (13.4 hp or 10 kW) and 65 Nm of torque. 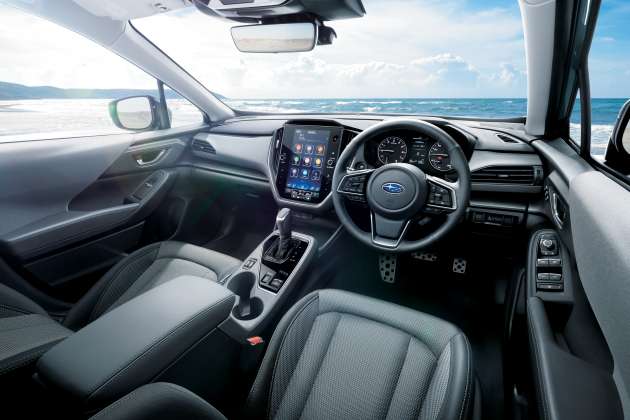 That’s right, the Crosstrek is available as a front-wheel drive model in Japan, which is a little unusual given Subaru’s Symmetrical All-Wheel Drive is the default for powertrains on most of its cars. One reasoning for providing a FWD powertrain is likely as a cheaper alternative for customers in the country. 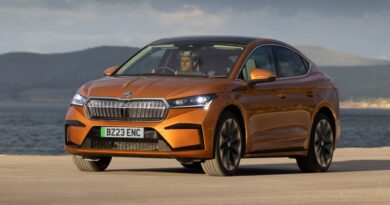 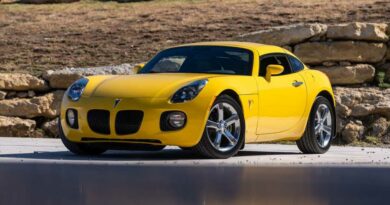 Like Weird Coupes? This 2009 Pontiac Solstice GXP Could Be Yours 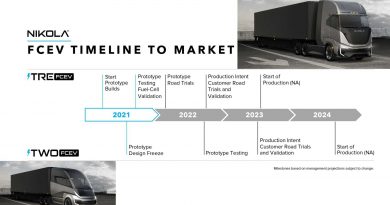