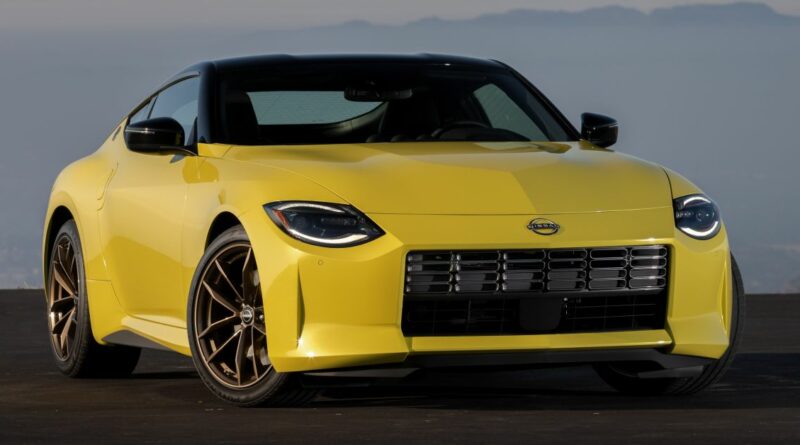 Here it is, the all-new Nissan Z. Taking over from the well-aged 370Z, the Japanese carmaker’s latest sports car continues the Z-car legacy as the seventh-generation model, but unlike the six others that came before it, the latest iteration forgoes the traditional numeric designation altogether.

As such, it’s simply known as the Z in the United States, and will go on sale in the country next spring for the 2023 model year. Meanwhile, in Japan, the car will be known as the Fairlady Z, with details specific to that market set to be announced this winter. In the US, the Z will be offered in three trim levels – Sport, Performance and Proto Spec – all of which can be specified with a six-speed manual (yay!). The alternative is a nine-speed automatic transmission with paddle shifters, which has two more gears compared to what is paired with the aforementioned models. All Performance trims come with a mechanical clutch-type limited-slip differential as standard.

All automatic trims come with two transmission modes – Standard and Sport – along with an advanced launch assist control system, with latter only standard on the manual in Performance guise. Nissan says that the Z is the first rear-wheel drive Nissan model to include the system in a six-speed manual, which also comes equipped with a carbon-fibre composite drive shaft and downshift rev matching.

Nissan did not provide performance figures, but expect them to be in the ballpark of the Toyota GR Supra, which is the Z’s main target when it goes on sale. The engine isn’t the only aspect of the new Z that is familiar, as it also carries over the FM platform that underpins the 370Z, 350Z and a few Infiniti models.

As a result, the wheelbase is unchanged from the 370Z at 2,550 mm, but the Z is significantly longer at 4,830 mm; the width (1,844 mm) and height (1,316 mm) are nearly identical. Of course, Nissan did implement some important updates for the platform’s latest application, including using a new monotube shock absorber design with a larger diameter than the 370Z.

Other features include enhanced body rigidity, an electronic power steering with rack assist and a “strong mechanical feel,” and wider front tires help increase cornering performance by up to 13%. Those wheels are 19 inches in size across all trims, with the Sport adopting 245/45 profile tyres, while the Performance and Proto Spec has a staggered setup (255/40 front and 275/35 rear).

Design-wise, Nissan kept true to its word that its new Z-car will look largely unchanged from the show car that debuted last year. If you liked the “past meets future” approach of the Z Proto, the production version will be very easy on the eyes with its long bonnet and cab back design.

The classic proportions are accompanied by a face that pays homage to the first-generation Z-car, with a large front intake that is flanked by headlamps that hark back to the Japan-only Fairlady 240ZG of the 1970s. The modern touches here are the two half-circles that make up the daytime light signature, along with the use of LED technology.

Viewed from the side, you’ll find more retro cues that point to original Z-car, including a roofline that flows from the nose to the squared-off rear to create that distinctive profile. To create a unique posture for the car, the rear edge is also slightly lower than the front fender height.

Elsewhere, a Z badge sits below a chrome line that runs downwards along the top of the window line, leading to the low-mounted 3D-effect taillights, which directly reference the 300ZX. Twin exhaust tailpipes and diffuser element complete the rear fascia, along with a recessed area in the lower apron to create room for the number plate.

For Performance trims, there’s a rear spoiler to help mitigate rear lift, which is something not seen on the Z Proto. Nissan is offering the new Z in three monotone exterior colours and six two-tone options, including two new colours: Seiran Blue and Ikazuchi Yellow – both with a Super Black roof. Similar to the exterior, the Z’s interior is pretty much a carbon copy of the preview car, with a dashboard that is heavily updated from the 370Z. While the centre stack, centre air vents, instrument binnacle and centre console are entirely new, you’ll still see familiar elements like the door handle-air vent combo on the doors and supplementary vents at the base of the A-pillars.

That’s not to say it is old school living on the inside, as there are plenty of modern, eye-catching items on show. These include a 12.3-inch digital instrument cluster, an eight-inch touchscreen infotainment system, and just like the 370Z, there are three analogue pod gauges at the top of the dashboard. The difference here is instead of showing water temperature, voltage and the time, they now keep the boost pressure, turbo speed and voltage within the driver’s eyesight.

There’s also a deep, three-spoke steering wheel with on-wheel controls and a traditional handbrake, while the seats were developed from knowledge gained from the GT-R to enhance both hold and fit. For the interior, Nissan offers three coloured themes, including Graphite, Red and Blue, but the Proto Spec gets yellow accents throughout the living space, including stitching on the instrument panel.

On that mention, the Proto Spec also boasts some additional touches compared to the Sport and Performance trims, including yellow-painted brake calipers (four-piston front and two-piston rear) with the Z logo and bronze-coloured wheels. Additionally, unlike the other two trims, the Proto Spec will be limited to just 240 units, with the amount referencing the Datsun 240Z that was released in the US in 1969.

It’s certainly a good time to be a Japanese sports car fan, as the new Z joins others that are already on sale like the GR Supra, GR 86, Subaru BRZ, Mazda MX-5/Miata, GT-R and Honda NSX (although it’s sadly going away next year). We even have the new WRX to look forward to, whenever it is introduced.

There you have it, the new Nissan Z has finally been revealed. Like the way it looks? What about its performance credentials? Could Nissan have done better? Do you prefer it to its close competitor, the GR Supra? Share your thoughts in the comments below. 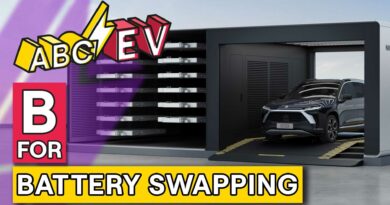 ABCs Of EVs: B For Battery Swapping 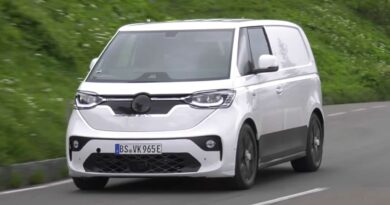 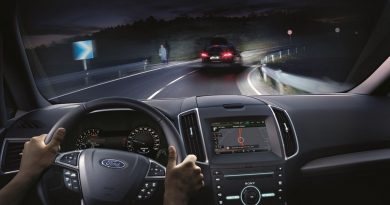